Cats have a long and storied history with humans. Evidence of human-feline interactions can be found just about everywhere, from ancient Egyptian artefacts to memes on the internet.

At Restorasi Ekosistem Riau (RER), we simply adore cats. But the ones we have here are a little different from the tabbies you see roaming around your local neighborhood. 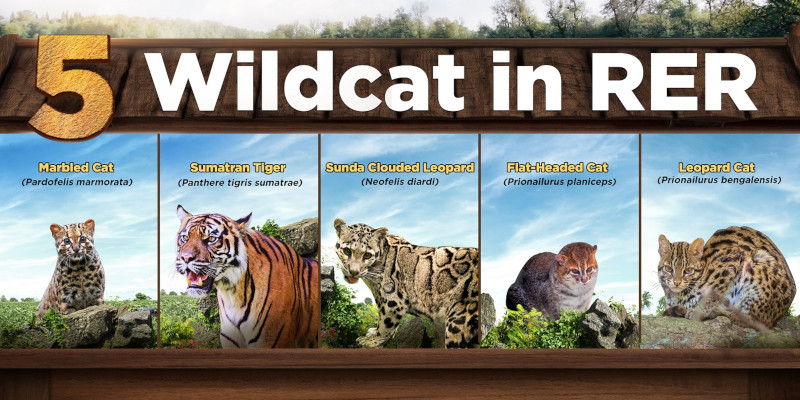 Five out of six wildcats within the RER area

The cats here are really wild. Most of them are legally protected too, since their populations are in decline. So far, the RER team has discovered five wild cat species within the restoration area. Let’s get to know them a little better.

The beautiful Sumatran tiger, as the name implies, is found predominantly on the western Indonesian island of Sumatra. Unfortunately, the Sumatran tiger is facing extinction due to habitat loss. The International Union for Conservation of Nature (IUCN) considers the species to be Critically Endangered (CR), with fewer than 400 individuals remaining in the wild. 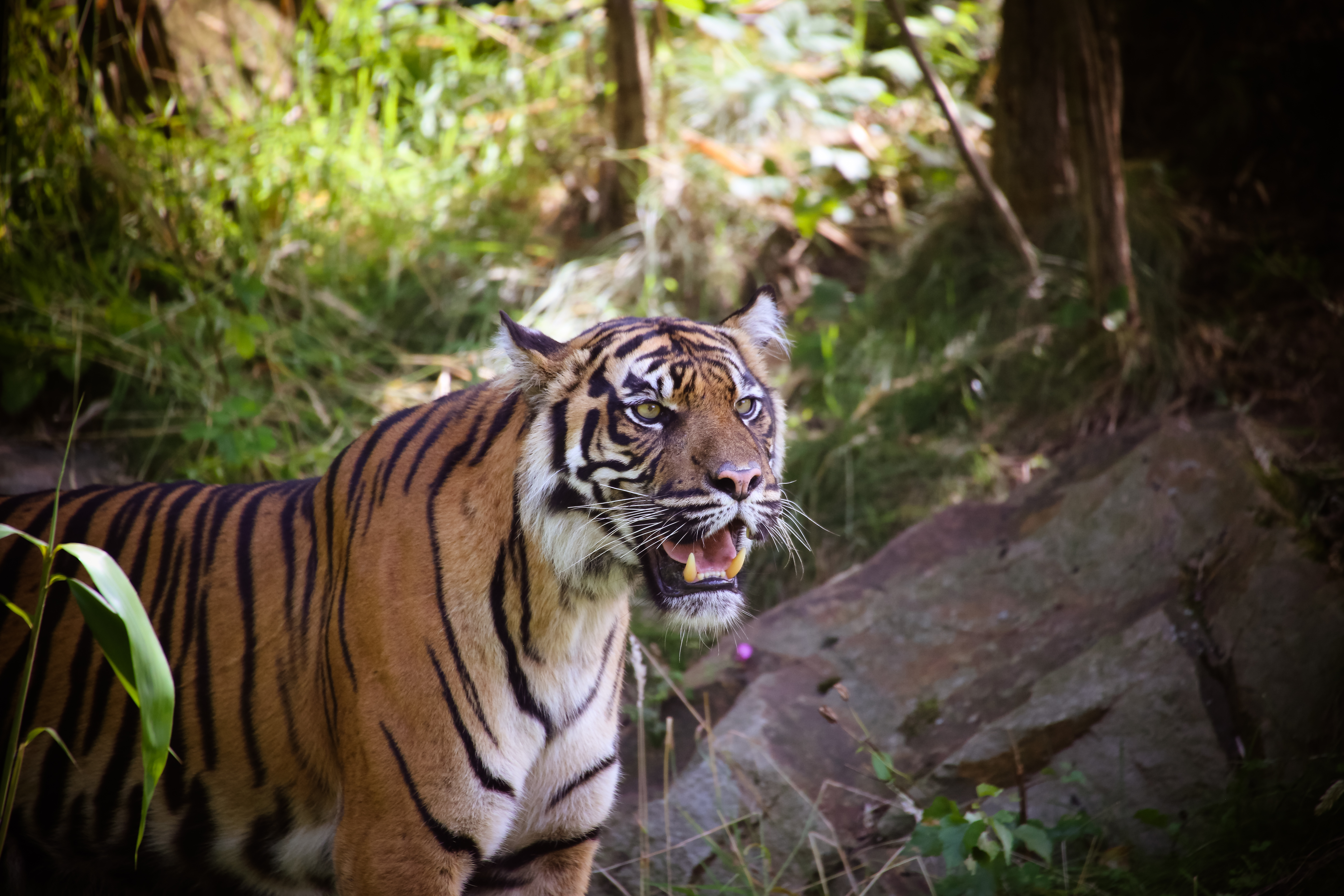 The Sumatran tiger is one of 797 species discovered in Restorasi Ekosistem Riau.

Here are some facts about the Sumatran tiger that you should be aware of:

To say that the marbled cat is a mysterious creature would be an understatement. The Marbled Cat was classified as Vulnerable in 2008, but its status was upgraded to Near Threatened on the IUCN Red List in 2015. It is also protected by Appendix I of the Convention on International Trade in Endangered Species (CITES). 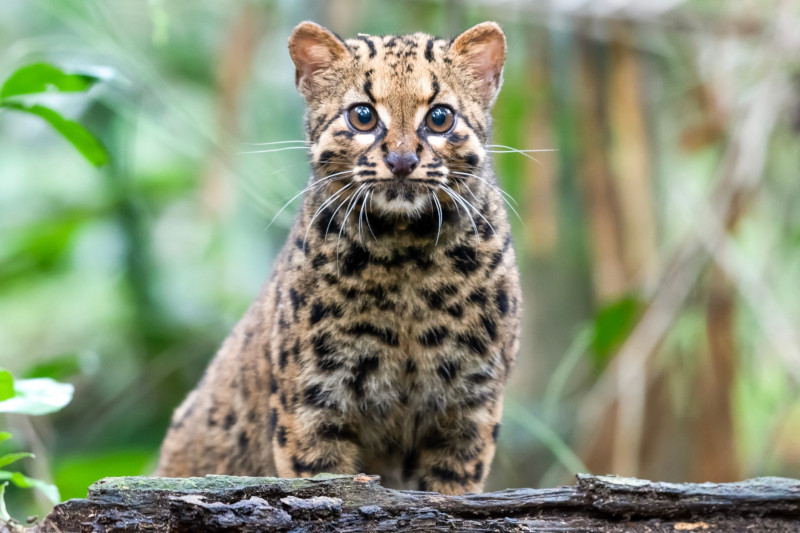 Let’s take a closer look at some of the marbled cat’s most distinctive characteristics:

Native to Indonesia, Malaysia, Brunei and historically Thailand, the flat-headed cat is one of the world’s least-known and most endangered cat species, with fewer than 2,500 adult individuals left in the wild. Since 2008, the IUCN has designated it an Endangered (EN) species. 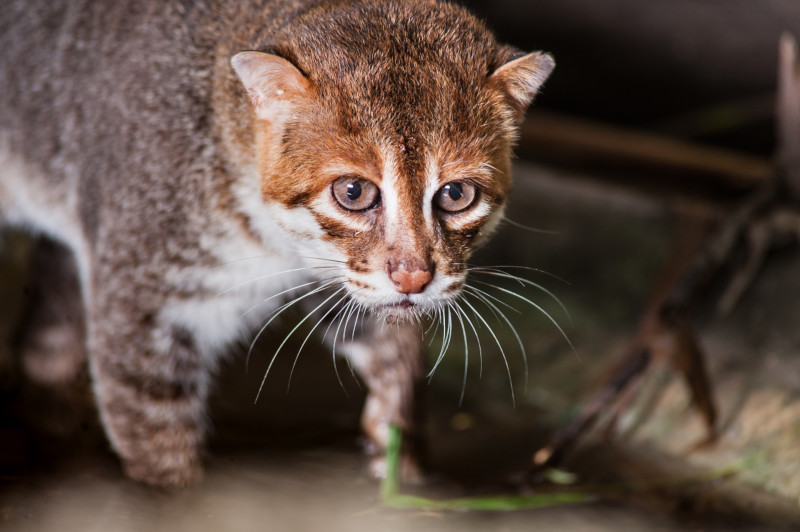 The flat-headed cat is also officially listed in CITES Appendix I, while hunting and trading of these species is illegal in Indonesia, Malaysia and Thailand.

Want to know more? Here are some fun facts about the flat-headed cat:

Also known as Macan Dahan, Sunda-clouded leopards are indigenous to Malaysian Borneo and Indonesia. You can find them from Sumatra and Sabah to Sarawak and Brunei Darussalam. With only about 4,000 of these amazing cats left in the world, the IUCN has designated the species as Vulnerable (VU) and made it a protected species in all three countries where it can still be found.

The sunda-clouded leopard is one of 73 mammal species identified in the RER. 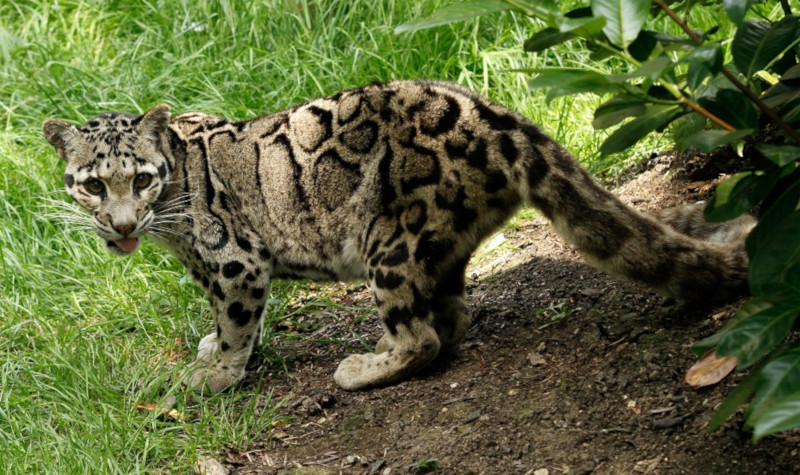 Here are some interesting facts about the Sunda-clouded leopard that make it unique:

Endemic to South, Southeast and East Asia, this diminutive cat has been classified as Least Concern (LC) on the IUCN Red List since 2002 because it’s widely spread. However, it’s still threatened by habitat loss and hunting in certain parts of its range.

Historically, the leopard cat of continental Asia was thought to be the same species as the Sunda leopard cat. Since 2017, the latter has been recognised as a separate species, with the scientific name Prionailurus javanensis. 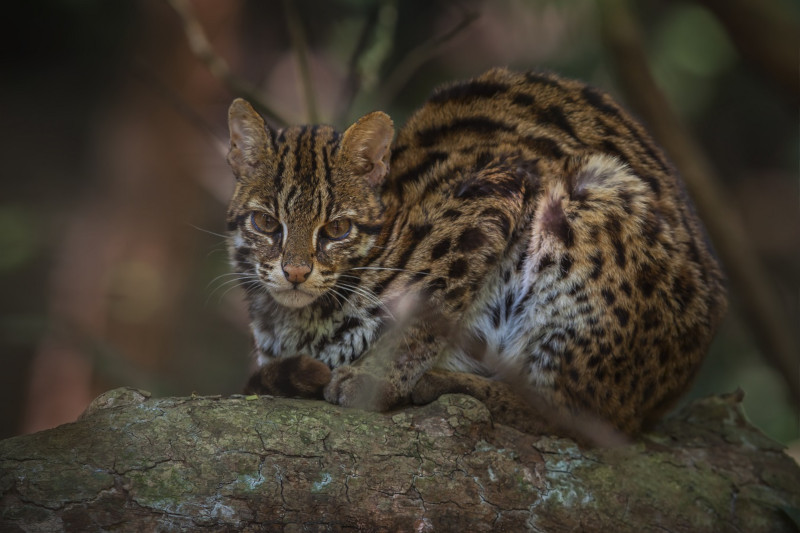 Here’s some fun facts about the leopard cat:

RER has collaborated with Fauna & Flora International (FFI) to provide advice on policies and practices for biodiversity assessment, climate challenges, and community involvement. FFI began conducting intensive biodiversity surveys in 2015. Since then, RER teams have continued to expand on the data with a variety of monitoring instruments such as camera traps and transects.

RER disclosed a new total of 838 plant and animal species in 2021, an increase of 12 species over the previous year, while continuing the wildlife monitoring.

Peat Forests: All You Need to Know Before You Go December 29, 2022 Peat Swamp Forest provide essential habitats for a variety of wildlife. What to prepare before you visit a peat forest?
Significant Progress in Riau Ecosystem Restoration November 11, 2022 Nine years since its inception, RER has made significant progress in supporting national forest restoration and protection for the region. Read more here
All You Need to Know About Peatlands July 13, 2022 Peat covers only three percent of the Earth's landmass but stores nearly 30 percent of the carbon in the soil. Find out more about peatlands in this article!
Back to Media Centre