The Importance of Sumatran Tiger for RER

Have you ever heard of a keystone species? Keystone species are animals or plants which play a critical role in the long-term functioning of an ecosystem. Without keystone species, it is possible that an ecosystem would either be significantly different or even collapse, with ramifications for other species.

There are several keystone species in RER, but the most notable of all would have to be the Sumatran Tiger – the top predator of Sumatra. The RER team documented its presence as early as 2013 through camera trap footage and observation of various signs including pugmarks, scrape marks, scratches, and feces.

“The top predator keeps its various prey species at a controlled level, so that no prey species become dominant. This in turn has an impact on the diversity and health of the plants in the forest,” explains Chela Powell, RER Restoration Manager. Without tigers, the ecosystem could quickly become imbalanced, with a resulting negative snowball effect for the plants and animals.

If such a condition occurred, the tigers’ prey species would increase in number. As these are mostly herbivores we will see reduced growth of certain types of trees and plants due to overfeeding by these animals.

“When this happens, there is little to no regeneration of the plants. Such a condition will not be favorable for the RER’s efforts in restoring the forest to its natural balance,” Chela explains. 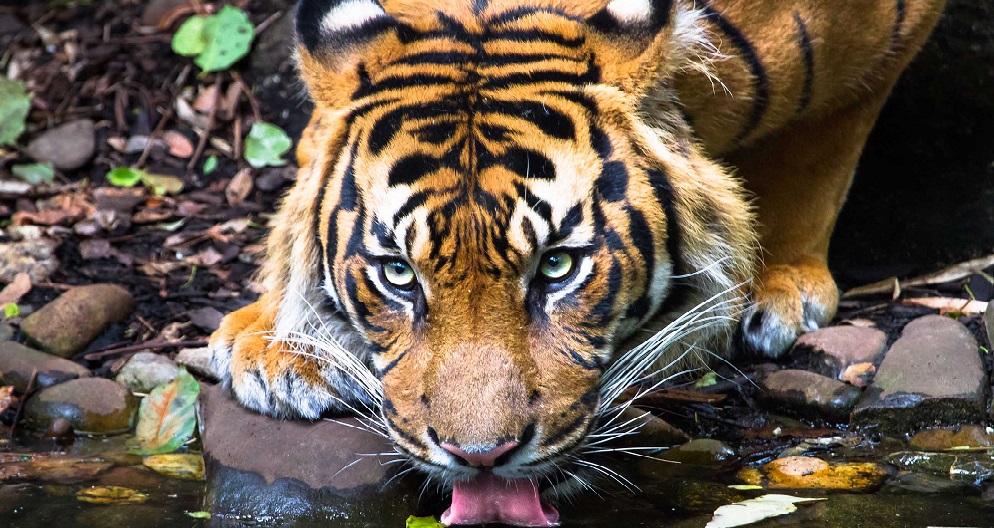 THE SUMATRAN TIGER IS A CRITICALLY ENDANGERED (CR) SPECIES

But the ever present danger persists. Only by working together and with support from local conservation agencies and surrounding communities can this majestic species be protected.

The protection and management of the Kampar Peninsula is crucial to maintain the only tiger species left in Indonesia.

This article is published to celebrate Global Tiger Day, an annual celebration to raise awareness for tiger conservation every 29 July. It aims to promote the protection of tigers and their natural habitats.

The Sumatran Tiger is one of 797 species which have been identified in Restorasi Ekosistem Riau. Click here to read more.