Developing a sustainable long-term management strategy for the Kampar Peninsula requires a detailed measurement and understanding of its biodiversity.

The Birds of Kampar Peninsula

In 2017 RER published a second report, Birds of the Kampar Peninsula: An Annotated Checklist, detailing the presence of 299 rare and endangered birds in the Kampar Peninsula peatland restoration forest area and surrounds. This includes the critically endangered Helmeted Hornbill (Rhinoplax vigil), listed in the IUCN Red List of Threatened Species.

Compiled by ecologists at RER, the checklist is a record of all the bird species that have been identified as of June 2017. As the first record of its kind to be compiled in the area, it will serve as a benchmark reference for bird life in Riau Province.

The new checklist compiles the results of several biodiversity assessments conducted since 2010 and indicates a significant increase in the number of bird species identified in the area.

The presence of species such as the White-winged Duck (Asarcornis scutulata) and Storm’s Stork (Ciconia stormi) indicate that the threats noted by Birdlife International such as forest clearance, logging, industry and infrastructure development for oil and coal mining, have diminished and land use change has stabilised on the peninsula. RER’s forest protection efforts since 2015 have created an environment where avian habitat and populations can flourish.

The striking and colourful Crimson-winged Woodpecker (Picus puniceus) makes its way up a tree branch in search of an insect meal. Woodpeckers play an interesting role in creating cavities within trees which in turn can be used by other cavity nesting species to rear their young. 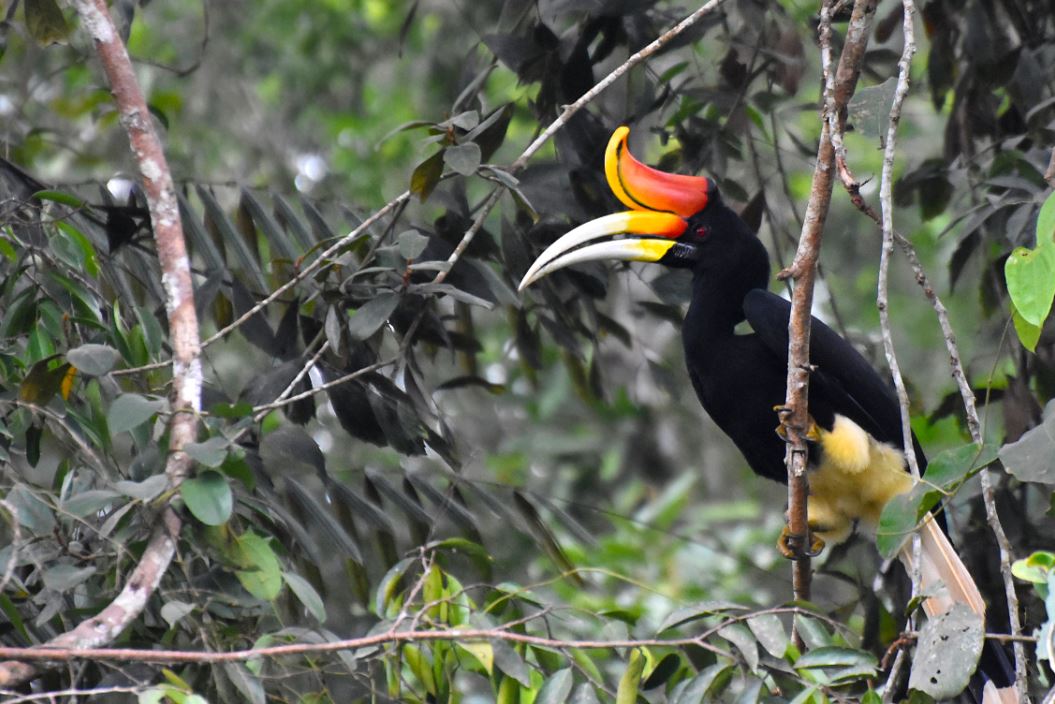 In addition to the 200 water birds, 64 non-water bird species were also observed.

In early 2017, a team from FFI and RER participated in the Asian Waterbird Census (AWC), organised nationally by the Wetlands International-Indonesia Program in collaboration with the Directorate General of Forest Protection and Nature Conservation of the Ministry of Environment and Forestry. The AWC occurs in January each year throughout the Asia-Pacific region and collects information on waterbird populations and monitors the status and condition of wetlands.

The total number of water birds counted in the RER area during the survey reached 200, comprising seven different species. The Purple Heron (Ardea purpurea) was the most common species encountered, with a total of 142 individuals.

The Kampar Peninsula July 16, 2018 This important landscape is bordered to the south by the Kampar river and to the north by the Siak river and Selat Panjang. To the east these two rivers join…
Back to Biodiversity