The Kampar Peninsula in Sumatra is one of the largest areas of its kind in Southeast Asia, with a rich biodiversity and high carbon stocks.

The first steps in restoration of drained peatlands is to identify the location of the canals, prioritise the canals for closure, and undertake a survey to determine the slope of each of the old drainage canals on the peatland. This is called profile-levelling the canals. These profiles allow water management specialists to see the length and slope of the canal and identify the location where dams should be constructed. 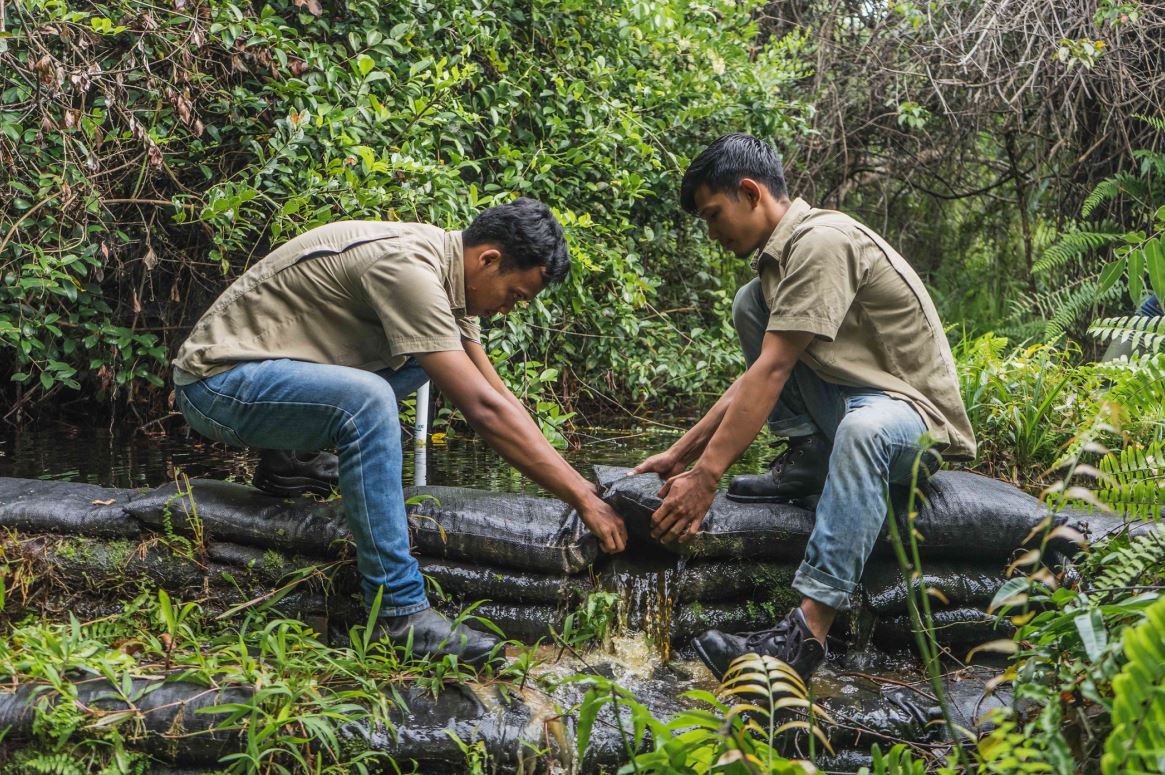 The first steps in restoration of drained peatlands is to identify the location of the canals.

RER is working to raise water levels in 40-cm steps along the length of each canal, which is essential for establishing a series of terraces that will slow the flow of water and retain peat moisture longer during the dry season. Once the dams are established and water flow is slowed or stopped, natural succession processes can occur to fill in the pool of water behind each dam.

Dams are constructed from a variety of materials. Most effectively, sandbags are used at the mouth of each canal where it empties into a river. Each bag weighs 25-30 kilograms constructed from a synthetic polypropylene material known as geo-reinfox that is resistant to corrosion and ultra-violet light. The bags are layered in a stair-step fashion in order to withstand the weight of the water pushing against the dam. The number of bags required depends upon the width and depth of the canal. It may range from 80-300 bags for a single dam.

Additional dams, if needed upstream in a canal, are normally constructed from strong and sturdy recycled materials such as aluminum pipes and sections of used conveyor belt known as felt, obtained from APRIL’s paper mill manufacturing facility. The felt has extremely low porosity, has reached the end of its useful life and causes no environmental harm. RER teams maintain a constant presence and active management of the forest, inspecting dams annually, repairing and improving them as needed.