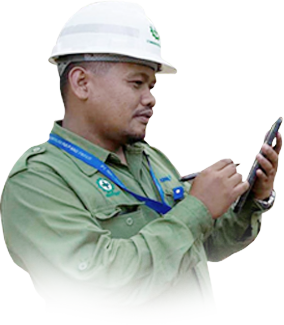 RER is managed by highly competent leaders who are dedicated to its cause and are tireless in furthering its agenda.

RER is managed by highly competent leaders who are dedicated to its cause and are tireless in furthering its agenda. Prior to coming to Indonesia in 2000, Brad worked for 15 years with the US Forest Service as a smokejumper to parachute to forest fires from Alaska to New Mexico and prescribed fire planner in Idaho.

From 2000-2002, Brad worked with the German Technical Development (GTZ) to develop a province-wide fire management system in East Kalimantan.

He obtained his Bachelor of Science and Master’s in Forest Management from Clemson University, South Carolina. 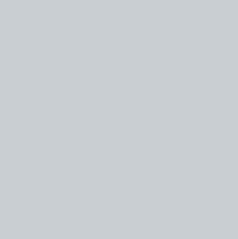 With a Biology degree from the University of Indonesia, Pak Iqbal was appointed as Research Station Manager at Bukit Barisan Selatan National Park by the Wildlife Conservation Society. During his 5 year stint at the Park, he gained exposure to a broad range of ecological research work undertaken by national and international scientists.

His keen interest in plant ecology secured him an internship at the Rijk Herbarium in Leiden, Netherlands, where he also finished his master’s degree. Upon his return to Indonesia, Iqbal joined PT RAPP as a wildlife biologist. Now a conservation coordinator, he continues to gain exposure in the multi-dimensional aspects of conservation.

RER receives guidance from an eminent Advisory Board which includes both Indonesian as well as international third-party experts. Pak Nashihin is an internationally-respected development expert and founder of Community Resources Development Institute (BIDARA), a social equity consultancy. With over 30 years of experience in the fields of conflict resolution, prevention and peace building he has served as senior consultant to the Indonesian government, as well as national and international non-profit agencies such as CARE Indonesia, The World Bank, UNDP and OXFAM.

Pak Nashihin has been an advisor to APRIL since 1998 on developing and managing the company’s community development program, as well as on internal capacity development for stakeholder relations and social capital. Jeffrey Arthur Sayer is an expert in ecology and has worked throughout his career either as a researcher or program manager, mostly at the inter-face between research and practical natural resource management.

At present, he is Professor of Development Practice at James Cook University in Cairns.

He has worked for FAO and IUCN and was a Senior Environmental Adviser at the World Bank. He was the CEO of Center for International Forestry Research from 1993 to 2001 and has also worked as Senior Associate and Science Advisor for WWF International from 2001 until present. He held the chair of International Nature Conservation at the University of Utrecht in the Netherlands.

He was founding Director General of the Center for International Forestry Research in Indonesia and is now Senior Fellow of the International Union for the Conservation of Nature.

Jeffrey is a member of the Science and Partnership Council of the Consultative Group for International Agricultural Research and has authored papers in peer reviewed journals and a number of books on natural resources topics. With decades of experience with the Department of Forestry of the Indonesian Government, Mr. Gelgel brings with him expertise in sustainable forest management, regulatory and inter-agency relations.

Mr. Gelgel graduated from the Forestry Department of Gadjah Mada University and received his postgraduate degree in national resilience studies at the same University. Bey Soo Khiang was appointed as Vice Chairman of the RGE group of companies in March 2011. A former aviation executive and distinguished defense leader, he oversees critical matters on business sustainability across the four key business groups within the RGE Group. He is also Vice-Chairman of APRIL, and actively guides APRIL’s operations in Indonesia on matters relating to fiber plantations.

He holds a Masters in Arts (Engineering) from the University of Cambridge and a Master’s Degree in Public Administration from the Kennedy School of Government, Harvard University. Mr. Sebastian comes with over 20 years of experience working with governments and non-governmental organizations across 17 Asian countries. He is also actively engaged with the Forest Stewardship Council (FSC), and is a member of its international board of directors.

RER is a close partnership between APRIL, Fauna & Flora International (FFI) and BIDARA. Each partner has a specific role and responsibility that directly guides and addresses the complex challenges of landscape restoration.

BIDARA is working on building the self-reliance of two rural communities in the Kampar Peninsula (Pulau Muda and Segamai village) that are immediately adjacent to the RER area. Applying an Eco-village model, a BIDARA community officer works to build capacity of individual farmers and community groups to utilise ‘no-burn’ agriculture practices, organic farming techniques, and animal husbandry.

Fauna & Flora International (FFI) is an international NGO established in 1903. Its mission is to conserve threatened species and ecosystems by using sustainable solutions that combine science and human needs. As RER’s technical partner, FFI manages key elements of the project and is responsible for essential studies related to biodiversity, climate and communities in the Kampar Peninsula and Padang Island.