Rivers are the arteries of our planet, but many of them are facing an array of threats. Only we can ensure their health in the future.

There are four main rivers on the Kampar Peninsula namely Kutup, Turip, Serkap and Sangar rivers which extend to 20-30 km into the central peat dome of the peninsula straight to the heart of Restorasi Ekosistem Riau (RER) areas.

Celebrating the World River Day, we’ll take a closer look on how RER takes care the four rivers that have become the traditional “highway of life” of the locals for years, which are also key aspects for their livelihoods and wildlife. 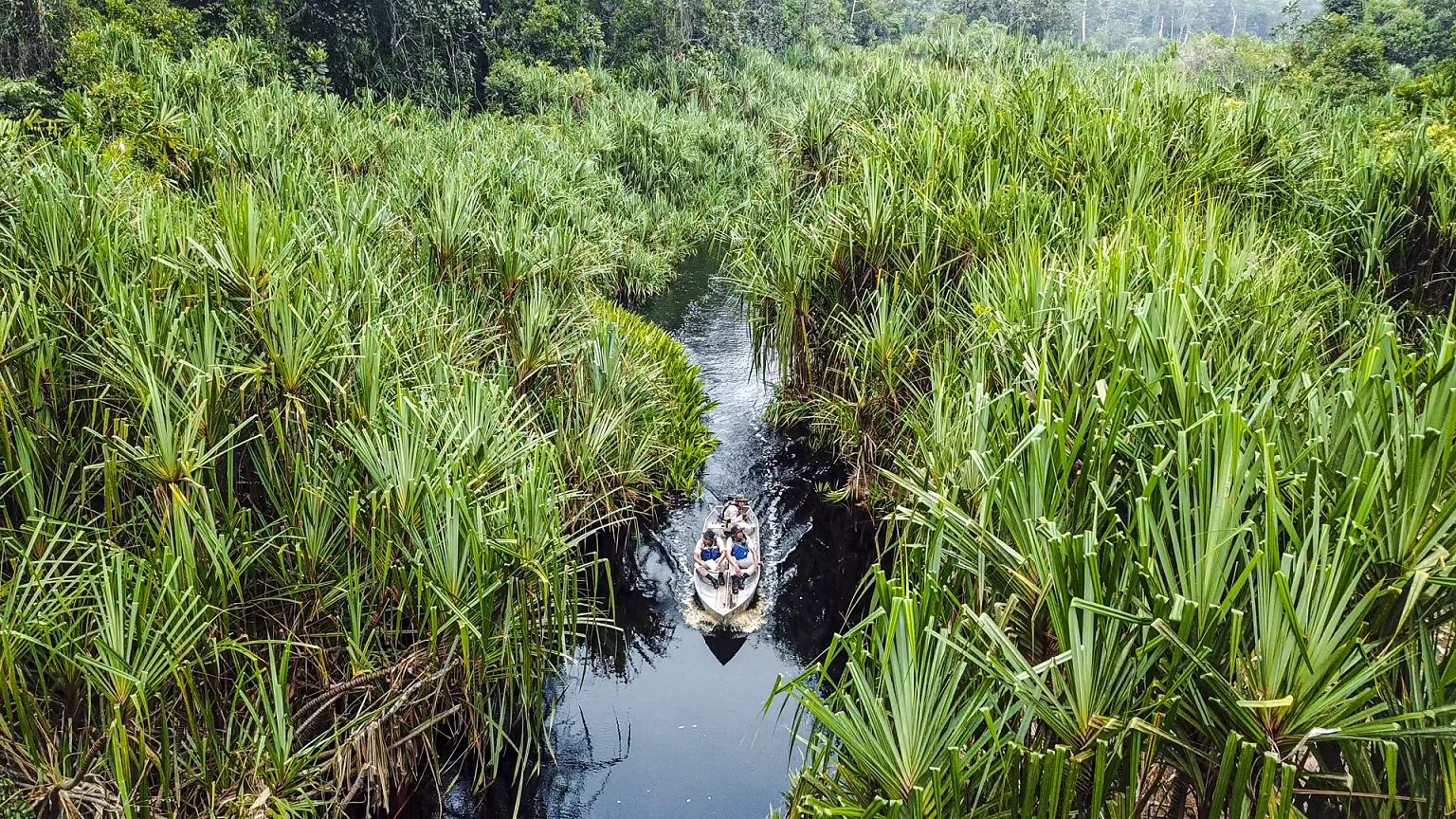 Restoring damaged environments
Before RER was established in 2013, the forests of Kampar Peninsula experienced decades of commercial and illegal logging. Loggers constructed canals to transport felled timbers to the river.

These drainage canals stretched many kilometres from the riverbanks to logging sites deep inside the forest. These canals remained even when the logging activity was halted, draining the peat and degrading the surrounding forest. They have altered peat soil moisture characteristics, and therefore changing the variety of vegetation that would otherwise grow in the peat forest. 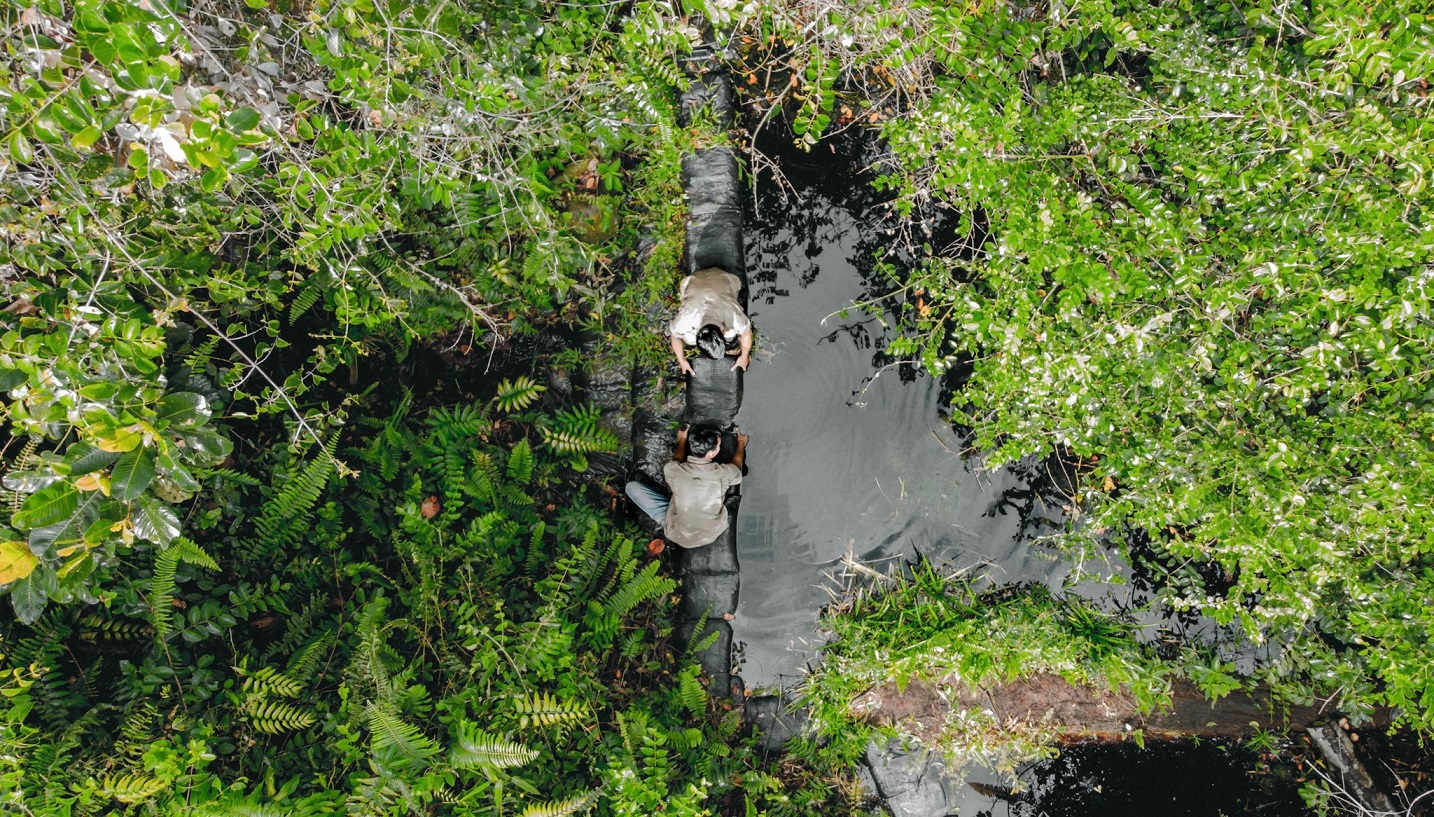 IN ITS NATURAL STATE, A TROPICAL FORESTED PEATLAND IS COMPOSED OF OVER 90 PERCENT WATER.

RER has been working to close these drainage canals and restoring water table fluctuation to near-natural seasonal fluctuations. Restoring the water table will help keep the rivers healthy, minimised peat subsidence and let the forest regenerate.

Also, by restoring water table, forest fires can be prevented and potential carbon emissions from dry or burned peat can be reduced or even eliminated.

We do this by blocking the canals. RER team identified the location and conducted profile-levelling of the canals to determine the slope of each of the old drainage canals. These profiles allow RER’s water management specialists to see the length and slope of the canal and identify where dams should be constructed.

To block a small canal, the team needs at least 50 sandbags which need to be replaced in 10 years. To date, RER teams have identified 48 canal systems, stretching 211 km across the RER area. The goal is to restore water control at 40 cm elevation intervals along the entire canal network by 2025.

Cooperating with fishermen
Since 2016, RER has been working closely with fishermen from Teluk Meranti and Pulau Muda to ensure they have continued secure access and successful fish harvest for the present and the days to come. 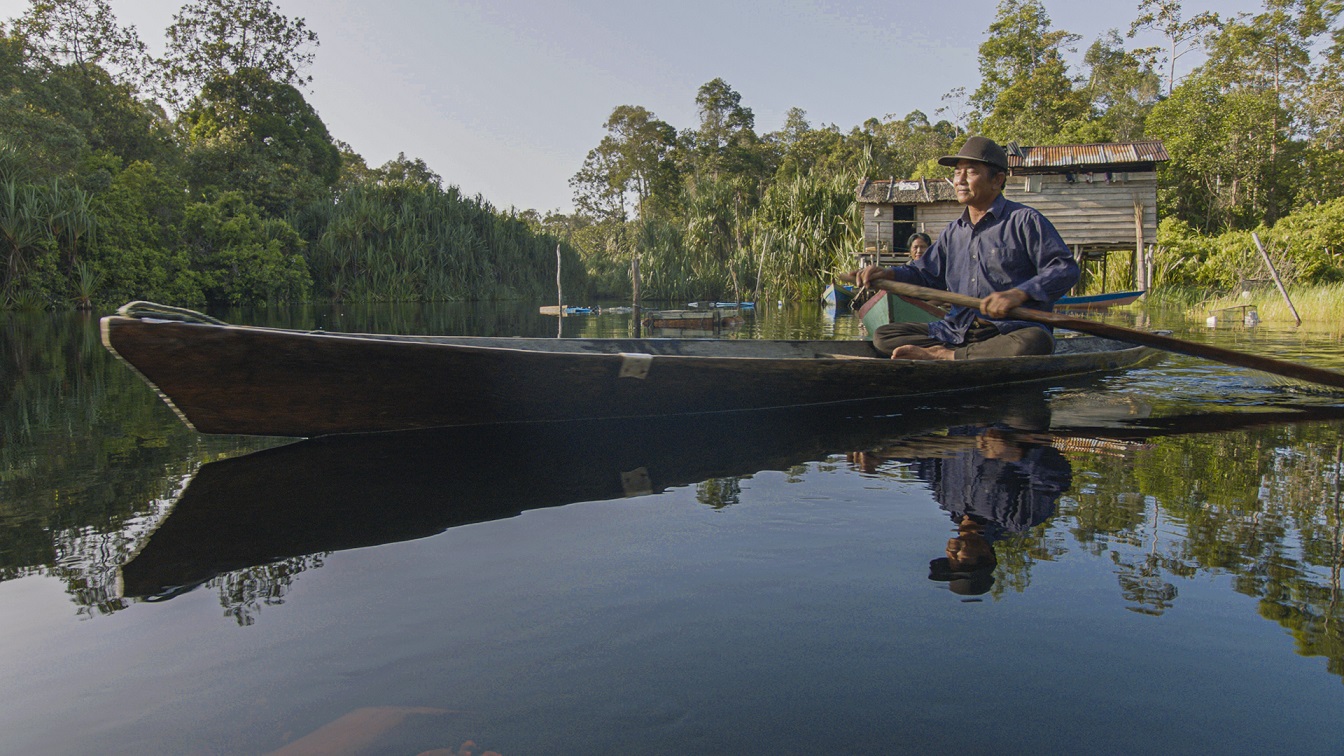 Local fishermen depend their lives on the rivers on Kampar Peninsula. They will travel and live on the rivers in small, elevated wooden huts from 1-3 weeks or more at a time in search of fish, checking their nets, and drying their fish catch. Once they have enough fish, they make the long trip back to their villages to sell their catch and rest.

RER has been working together with the fishermen to maintain and improve fish habitat and catches. They will measure and report their catches to the RER team, which helps the team to monitor the trends in quantity and types of fish in the rivers.

In 2017, RER expanded their efforts by working closely with fishermen that primarily utilize the Kutup, Turip, and Sangar rivers on Kampar Peninsula.

The RER will continue to collaborate with local communities to assure their well-being in the long run while also managing the health of forest and rivers on Kampar Peninsula.

Tasik Lakar: A Lake at the Heart of Kampar Peninsula November 3, 2021 A healthy lake’s aquatic environment can be an integral part of an ecosystem restoration. Here are several lakes in Kampar Peninsula & How RER protect and restore ecologically.
The Turtles of Kampar Peninsula April 15, 2021
Turtles of the Kampar Peninsula March 19, 2021 Restorasi Ekosistem Riau programme regularly publishes reports, documents and other publications for the purpose of making information and results from the programme available to the wider public. This checklist is…
Back to News