Tasik Lakar: A Lake at the Heart of Kampar Peninsula

Lakes are found all around the world, from mountains to deserts, and even in a peat swamp forest like RER. But as human population grows, pressure on these lakes intensifies. A healthy lake’s aquatic environment can be an integral part of an ecosystem restoration.

On Kampar Peninsula, where the Restorasi Ekosistem Riau (RER) is located, there are several lakes, from which five meandering rivers flow from the centre of the peninsula to Kampar River, forming the major river systems.

But there is one unique lake that is located inside the RER concession area, the Tasik Lakar. Located on 11 metre-deep peat, approximately 23km north of the Kampar River, it is the only lake or tasik that is fully located inside the restoration area. 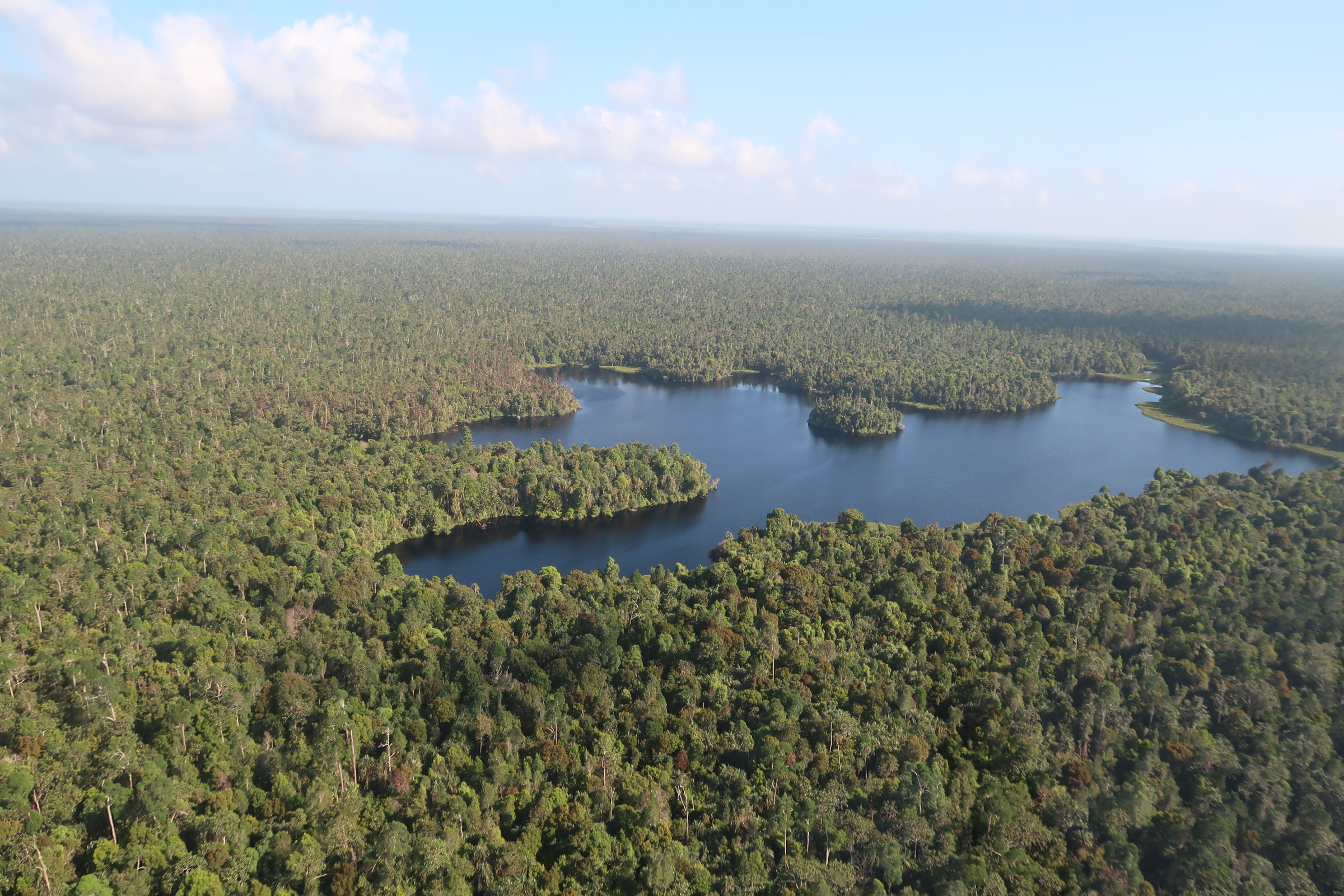 Tasik Lakar is also unique because there is a small island at its centre. This island is about 250 square metres in size and is one of several roosting locations for Large Flying Fox (Pteropus vampyrus), one of the largest bats in the world. 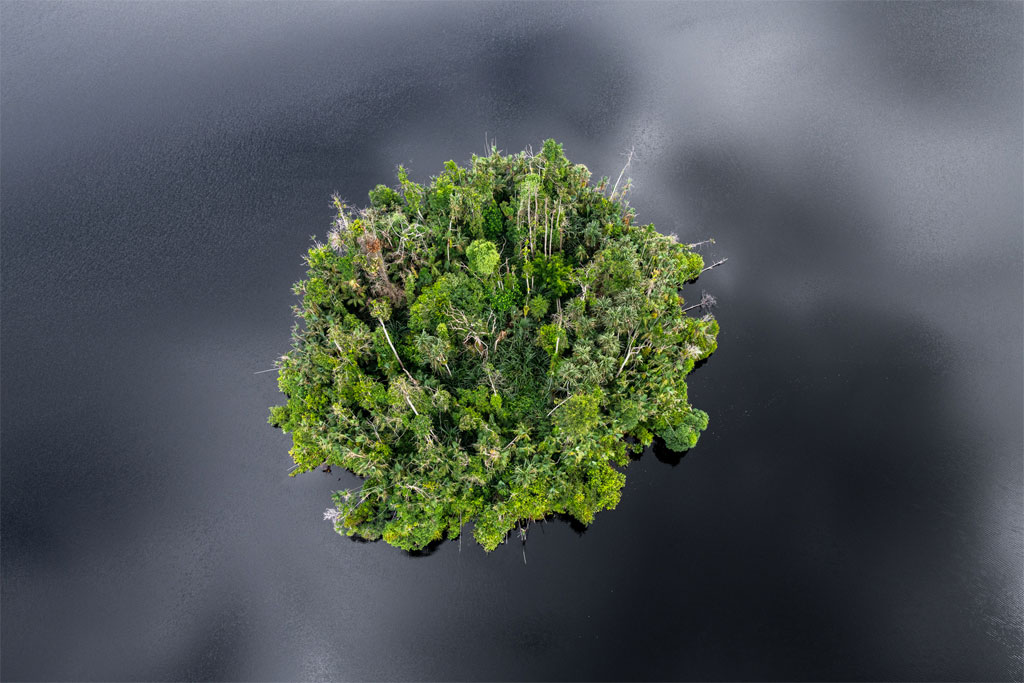 Tasik Lakar is unique because there is a small island at its centre.

The trees on the shoreline of the Tasik Lakar, as well as the island at the centre of the lake, are the perfect roosting site for the megabats because this species prefer to roost in large trees in undisturbed areas.

Tasik Lakar is undisturbed because it is located at the heart of Kampar Peninsula making it isolated and difficult to access. Even a small boat or ketinting cannot penetrate to its location. To overcome this, the RER team relies on periodic aerial patrols since it will take days to get there on foot.

Undisturbed water bodies are among the most diverse and species-rich habitats in the world. As they face pressure from overuse, damming, or channelling for irrigation, there are fewer water bodies that can sustain rich biodiversity. 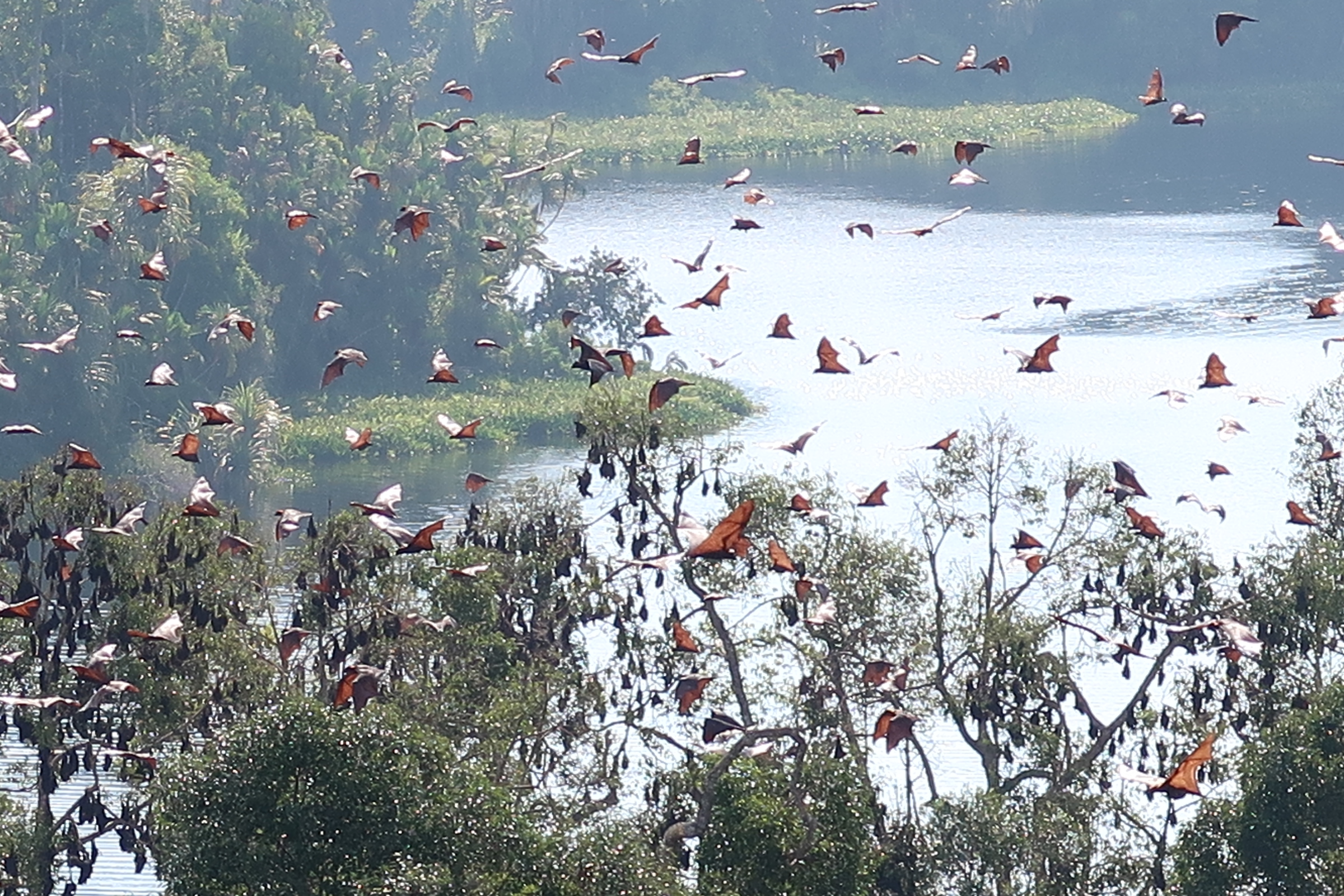 Large Flying Fox , one of the largest bats in the world.

This is one of the main reasons for the RER program, which aims to protect and restore ecologically important peat forest on the Kampar Peninsula.

The Kampar Peninsula in Sumatra is one of the largest areas of its kind in Southeast Asia and one of its most threatened. Its tropical forests are rich in biodiversity and support endangered wildlife species, including the Sumatran tiger, the flat-headed cat, and the sun bear among many others.

On a landscape as important as this, every spot is a habitat for hundreds of important species crucial for maintaining global biodiversity.

On Earth Day, Let’s Invest in Knowledge about Our Planet April 22, 2022
Making Fishery Sustainable in RER November 30, 2021 Community participation and sustainable economic activity are vital aspects of environmental and biodiversity protection, especially on the Kampar Peninsula.
Taking Care Rivers of the Kampar Peninsula September 25, 2021
Back to Media Centre