Take a Moment to Appreciate Bees on World Bee Day

Since 2018, May 20th has been celebrated as World Bee Day to shed light on one of the hardest working creatures on the planet as a way of helping improve the conditions that pollinators need to thrive.

To appreciate these industrious insects, let’s learn more about the essential role they play and discover some amazing facts about our fuzzy, flying friends.

The buzziest pollinator
A foraging honey bee has to fly about 55,000 miles to produce a pound of honey. For centuries, bees have benefited people, plants, and the environment by carrying pollen from one flower to another, making them one of the most effective pollinators. Pollinators enable the production of seeds, fruits, and nuts, but they also help produce more variety and better quality foods, contributing to food security and nutrition. 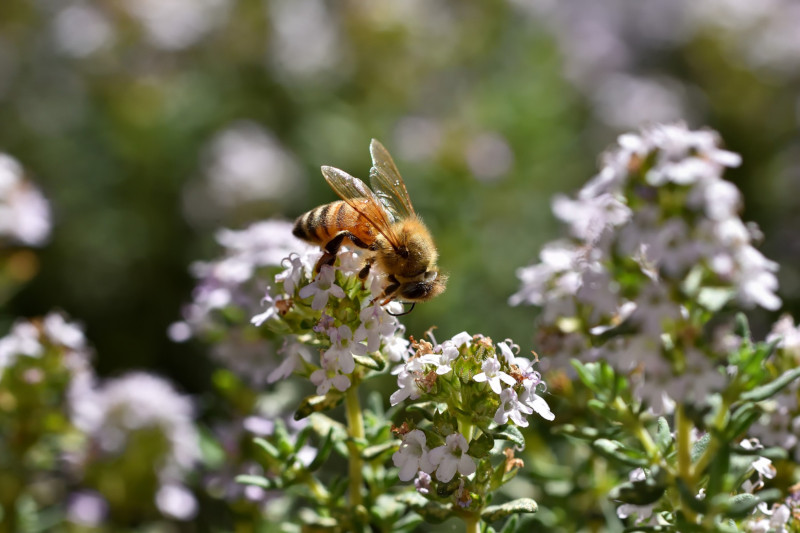 A foraging honey bee has to fly about 55,000 miles to produce a pound of honey

Pollinators like bees, bats, and birds affect almost 90 percent of wild plants and 75 percent of leading global crops, including plant-derived medicines. Three out of four crops across the globe produce seeds or fruits for human consumption – foods depend on pollinators. Crops that rely on pollination are five times more valuable than those that do not.

There are 25,000 different species of bees
Some of us may be familiar with honeybees or bumblebees. Depending on where you are, you may have seen one today! However, there are an astonishing 25,000 different species of bee that have evolved to pollinate flowering plants. They are varied in size and have other visual characteristics. Some are large and round, but some others are skinny and small. There are colorful ones, the ones that are shiny black and the striped or metallic ones.

Sister power
In a honey bee colony, all worker bees are female and cannot breed. They do all the work in the hive and control most of what goes on inside—from housekeeping, feeding the queen, drones (male bees), and larvae, making the wax, and collecting the pollen and nectar. With so many jobs to do, female bees need to protect themselves, hence why they have the power to sting. The male bees are called drones as they have much larger compound eyes, but they do not have stingers. A drone’s only role is to mate with an unfertilized queen, costing them their lives as they die immediately afterwards.

In a honey bee colony, all worker bees are female and cannot breed

A dinner for queens
We know that bees are most diligent when protecting their queens. The honey bee queen is the giant bee in the colony, measuring around 2cm, which is twice the length of a worker. A queen bee’s two primary roles are to produce chemical scents that help regulate the unity of the colony, and to lay lots of eggs.

Hence, when a queen bee dies or is removed from the colony, all colony members will notice it within only 15 minutes. The workers then create a new queen by selecting a young larva and feeding it exceptional food called ‘royal jelly’ to help the larva develop into a fertile queen.

Dancing bees
The researchers at Sussex University have decoded the ‘waggle dance’ of honeybees. It’s not a dance move but rather a clever way of communicating between the colony members to tell their nest mates where to go to find the best food source. 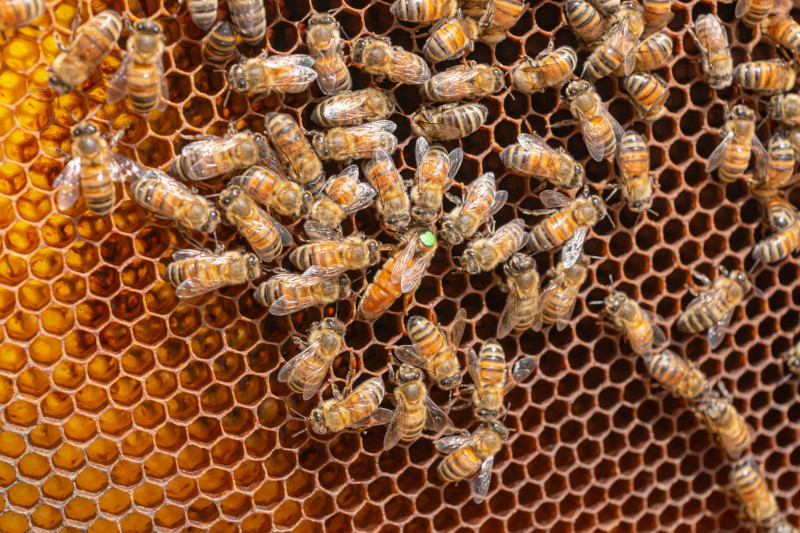 We can bring a bee back to life
If you have ever witnessed a bumblebee struggling or looking like it was close death, it probably was not. It may be that it was just resting after foraging so far away from home. Should you re-encounter this situation, the best thing to do is gently put the bee onto a bee-friendly flower.

If there are no bee-friendly flowers nearby, you can mix white sugar and water to give the bumblebee an energy boost, providing the vital carbohydrates it will need to fly. However, it is not advisable to use brown sugar as it is harder for bees to digest. 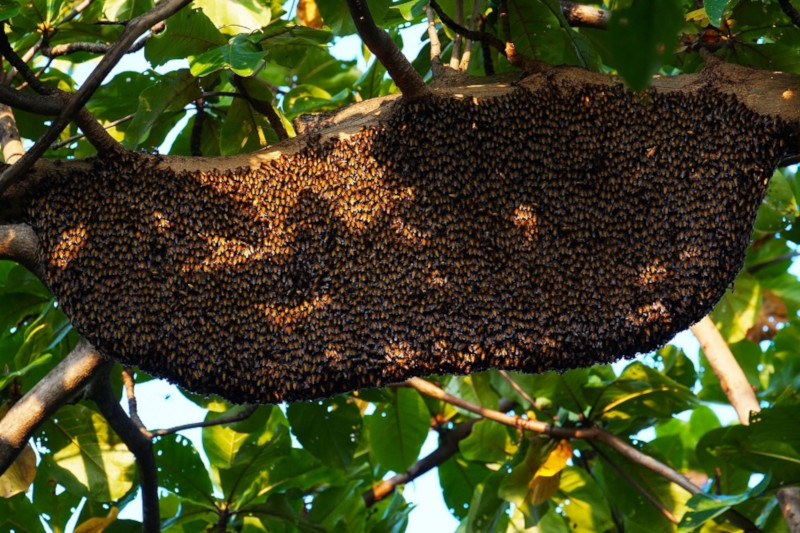 The honey collected from Sialang trees is made by the largest honeybee in Southeast Asia, Apis dorsata. They build hives up to 1.5 meters wide and 70 cm tall in the towering Sialang tree, which means ‘tree that hosts bees.’ Sialang trees are mostly Koompasia excelsa or other emergents like Alstonia scholaris.

RER is working to assist theses harvesters and their communities by purchasing honey, and helping them market and sell the product as Madu Hutan Riau, while returning the profits to the community.