The intermediate egret or Ardea intermedia is a very popular bird in Bontang in the East Kalimantan region of Indonesia. Its image is used in traditional batik designs and it was even adopted as the city mascot, with a statue adorning the main square. 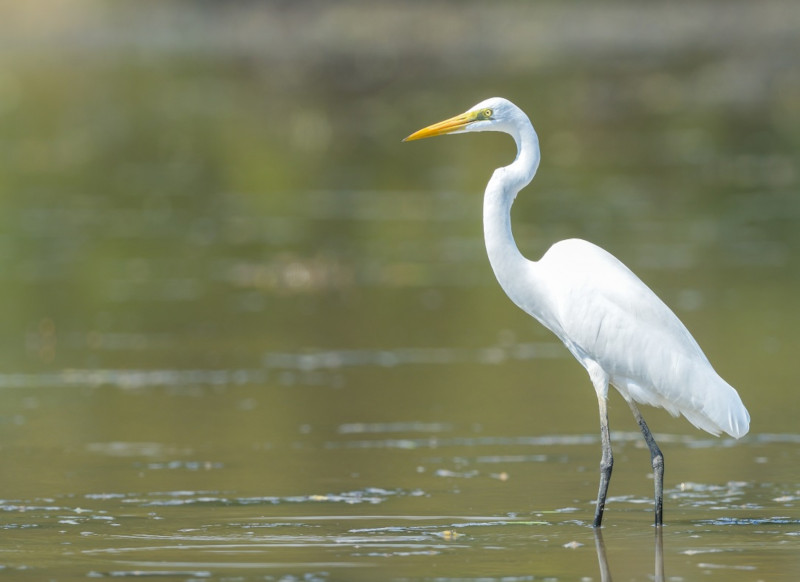 The birds were once a frequent sight in the city, but population decline in the past decade means that sightings are becoming rarer.

Fortunately, the intermediate egret was the second most sighted bird species by the Restorasi Ekosistem Riau (RER) team during the Asian Waterbird Census (AWC) 2022, in the Kampar Peninsula. RER has been participating in this annual global survey since 2017, and took part this year from 18 to 20 January.

During the 2022 AWC, the RER team recorded 176 waterbirds from 12 species near the Kampar River, Kutup River and Padang Island. The number is an increase from the results recorded last year when we found 163 birds from 10 species.

The intermediate egret is a medium size heron, with a relatively short yellow or bicolored bill and long black plumes. The plumage of adult herons is all white tinged with cream or white color. This bird has yellow irises and dark legs.

This species, as the scientific name implies, is intermediate in size between the great egret and smaller white egrets, but the size is nearer to little than great. They range in length from 56cm to 72cm with a 105cm to 115cm wingspan, and weigh around 400 grams. 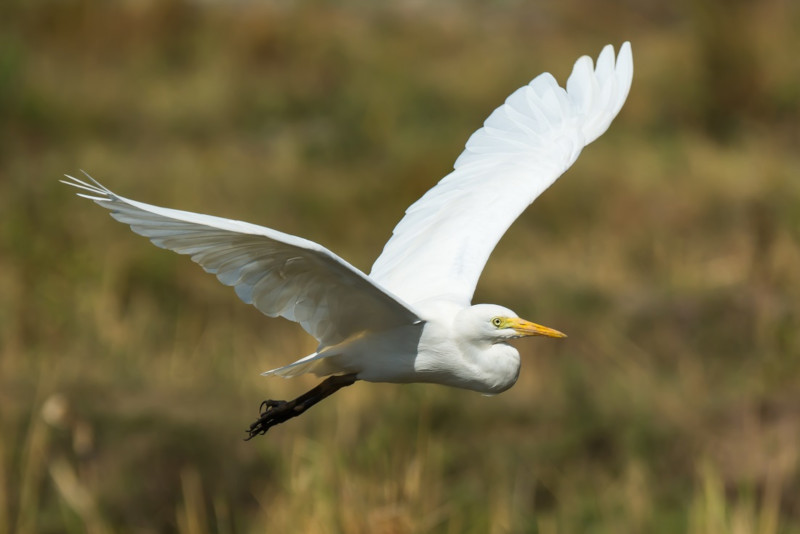 The intermediate egret is a medium size heron, with a relatively short yellow or bicolored bill and long black plumes.

The intermediate egret is quite common in eastern Asia, in countries like Japan and China, but there are also populations in Southeast Asia, southern Africa, and even north Australia.

They can be found in freshwater and saltwater habitats, including freshwater wetlands, estuaries, marshes, flooded rice fields, and the shoreline of rivers and lakes. The intermediate egret also fancies areas with thick wetland vegetation.

This waterbird species likes to hunt in fresh or shallow coastal waters, but sometimes looks for frogs, fish, insects, and crustaceans in flooded fields too.

The intermediate egret is a colonial nester, often nesting in large colonies alongside other wading bird species. Nests are generally loose platforms built of sticks and wetland vegetation in trees, shrubs or reedy areas near water.

The intermediate egret is usually silent, but sometimes makes guttural croaking noises while taking flight and communicates with a buzzy chatter.

The IUCN lists the intermediate egret as a species of Least Concern (LC), however, populations in some areas like East Kalimantan are known to be in decline.

See you next year to find out about other interesting waterbird species recorded during the AWC!

Get to Know More About Keystone Species in RER March 7, 2022 All species are important, but some are even more important than others. We refer to these as keystone species, and they are crucial to the wellbeing of the ecosystems they…
Wildlife of RER: Yellow-throated marten March 2, 2022 Meet the yellow-throated marten (Martes flavigula), also known as the Kharza, a native to Southern and Eastern Asia.
Insect Identification in RER November 10, 2021 RER held insect identification training for its field team from September 8 to 12, 2021, in collaboration with the Department of Biology at the University of Riau to properly identify…
Back to Media Centre