It has been some time since the presence of this orchid in our forest was first known. However, the identification of its exact species only happened recently. I have to say I’m a bit ashamed since all species tend to have characteristics which make them quite simple to identify. I was thinking at first that it is a species belonging to the Vanda genus based on its terete leaves (which are leaves curled up to resemble cylindrical tubes) and there is a well-known species called the Vanda teres.

But then I found out that all terete leaves are actually grouped as a separate genus – the Papilionanthe (papilion meaning ‘butterfly’, and anthe meaning ‘flower). It wasn’t until a friend working in the Tripa peat swamp area posted a photo of this orchid online and received a response from an orchid specialist at the University of North Sumatra that the identity of this orchid came to light.

This orchid is called the Papilionanthe hookeriana, otherwise known as the peat orchid or swamp orchid. One thing I’ve just realized is its association with the Hanguana malayana genus which typically forms a thick mass of floating plants that covers the surface of a water body, sometimes even totally blocking access to an entire river. 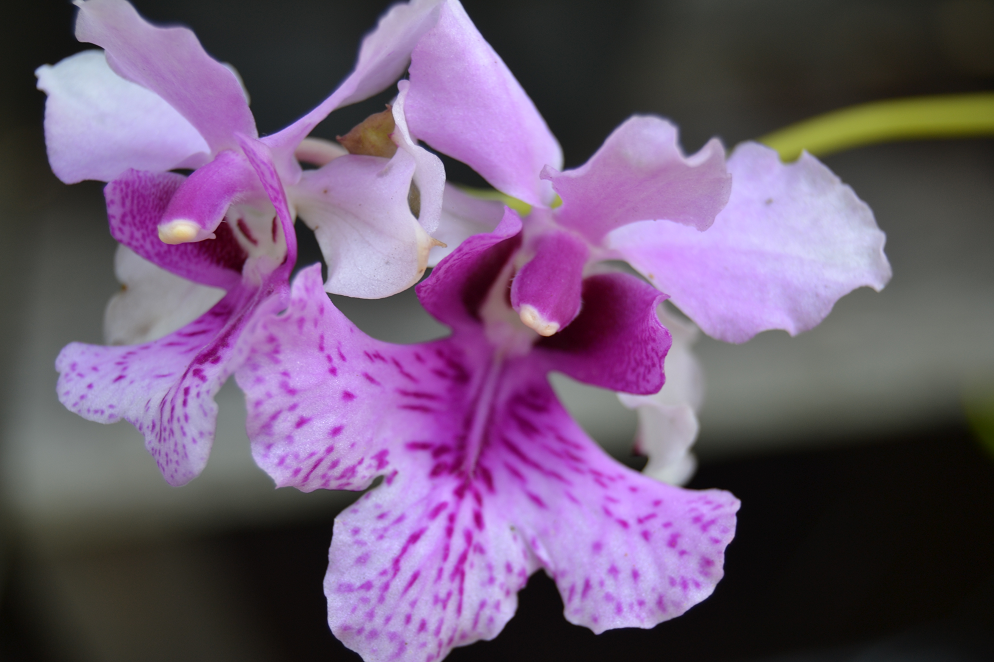 Papilionanthe hookeriana is a species of orchid, one of the parent species of the hybrid Vanda 'Miss Joaquim', which was originally hybridised by Agnes Joaquim.

We often see the Papilionanthe hookeriana growing on our Serkap River, or in photos of the Tripa peat swamp area, the Kinta swamp area in Perak, Malaysia, as well as unspecified locations in West Kalimantan and Borneo. It is additionally found in the peat swamp areas in Southern Thailand, in the Surathani and Nakhon Srithammarat provinces.

It seems that both species require sunlight to grow well, and large open water bodies like lakes, swamps or wider parts of rivers where water currents are slow, seem to be the ideal habitat for both species. The Papilionanthe hookerian seems to support itself by extending its stiff aerial roots to hook onto the leaves of the Hanguana malayana.

A fun fact about the Papilionanthe hookeriana is that it is one of the parent species of the hybrid orchid ‘Vanda Miss Joaquim’ which is Singapore’s famed national flower. So in a way, it’s still a Vanda!

Apis dorsata, the Honeybee of the Sialang Tree December 10, 2020
Wildlife of RER: Storm’s Stork September 14, 2018 Indonesia's peatland areas are some of the most sensitive and endangered ecosystems in the world and the Kampar Peninsula in Sumatra...
Back to Field Stories