The Role of Odonata in Biodiversity

You may not have heard the term ‘Odonata,’ but you’ve almost certainly seen one. Odonata is an order of carnivorous flying insects, which includes the dragonflies and damselflies we’ve all seen flying over fields, marshes, and ponds.

Restorasi Ekosistem Riau (RER) partnered with Dr Rory Dow, a well-published expert on topical Odonata species and a member of the IUCN Odonata Specialist Group, in early 2020 to conduct the first of four planned Odonata surveys. The first survey reported a total of 57 species of dragonflies and damselflies, one of which is listed as Endangered (EN) and another listed as Vulnerable (VU) by the IUCN Red List. 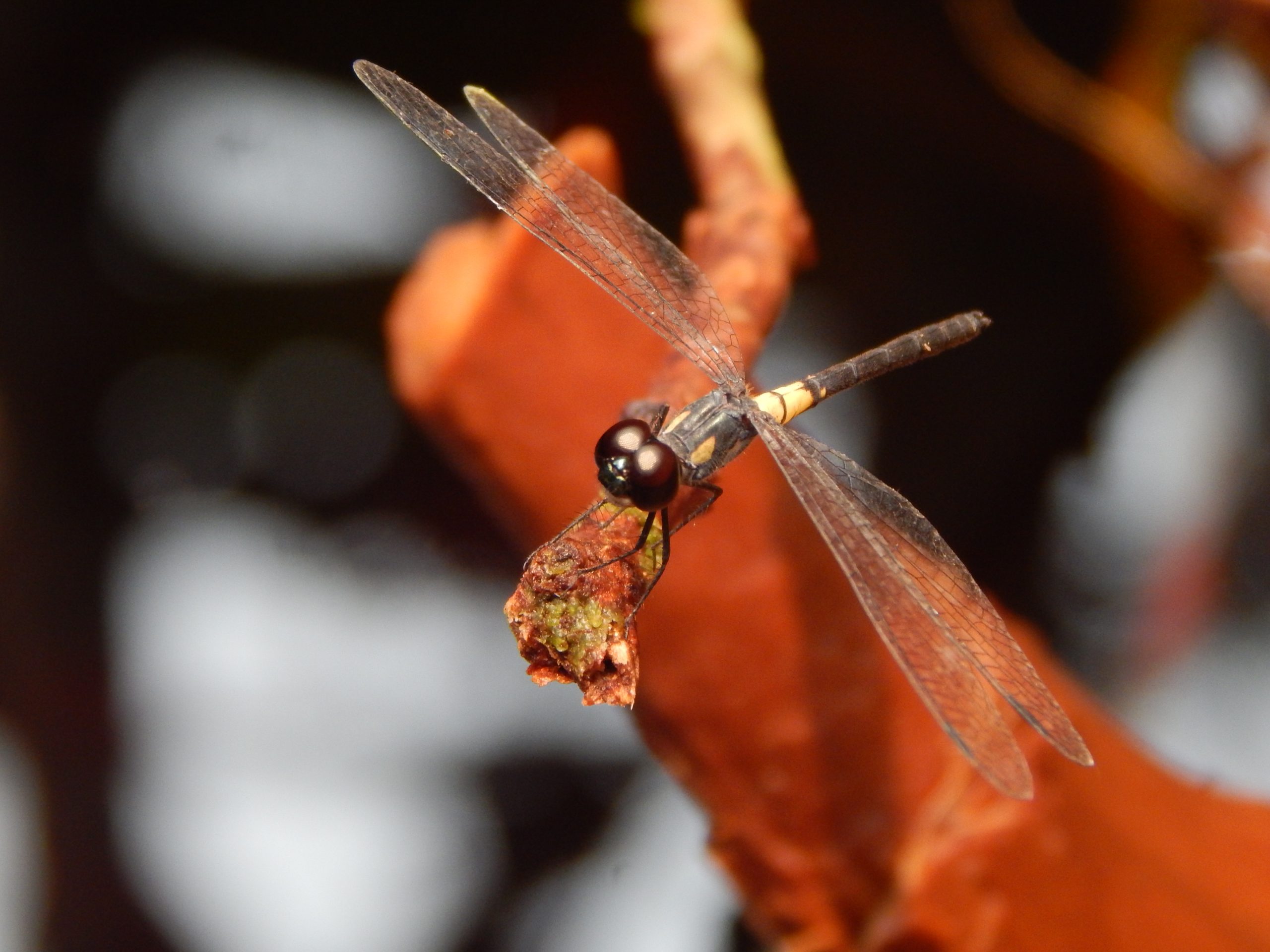 The four planned surveys show the essential role of insects and spiders in biodiversity as the most diverse group of animals on Earth.

The results of the survey can serve as indicators on the health of Kampar Peninsula peat swamp forest ecosystem.

Their mouths are on the underside of their heads, with some chewing mandibles in the adults.

Odonata has flight muscles attached directly to the wings, which allow them to actively control the frequency, amplitude, angle of attack, twist, and camber of each of the four wings.

The nymphs lack wings and have stockier, shorter bodies compared to the adults. They also have smaller eyes and longer antennae, but their heads are less mobile than adults.

The mouthparts in the nymphs have labium, which adapts into a unique prehensile organ for grasping prey.

Diet and Lifecycle
Odonates are carnivorous, or more specifically insectivorous, meaning they eat insects. They mainly feed on smaller insects such as flies (Diptera), ants, termites, mayflies, gnats, or caddisflies.

Dragonfly larvae will feed intensively in their maturity stage, as do female dragonflies when developing their eggs: food shortages are known to limit their reproductive behaviour.

Eggs are primarily laid in vegetation in wet places or near water and will hatch into pronymphs that feed off the egg’s nutrients.

As they grow larger they shed their old skin – after 9-14 moults they will develop into nymphs, known as voracious predators on other aquatic organisms, and even small fishes are included as their prey.

The nymphs will grow and eventually turn into immature flying adults. As these flying insects mature their exoskeleton will harden and their colours will fully develop. 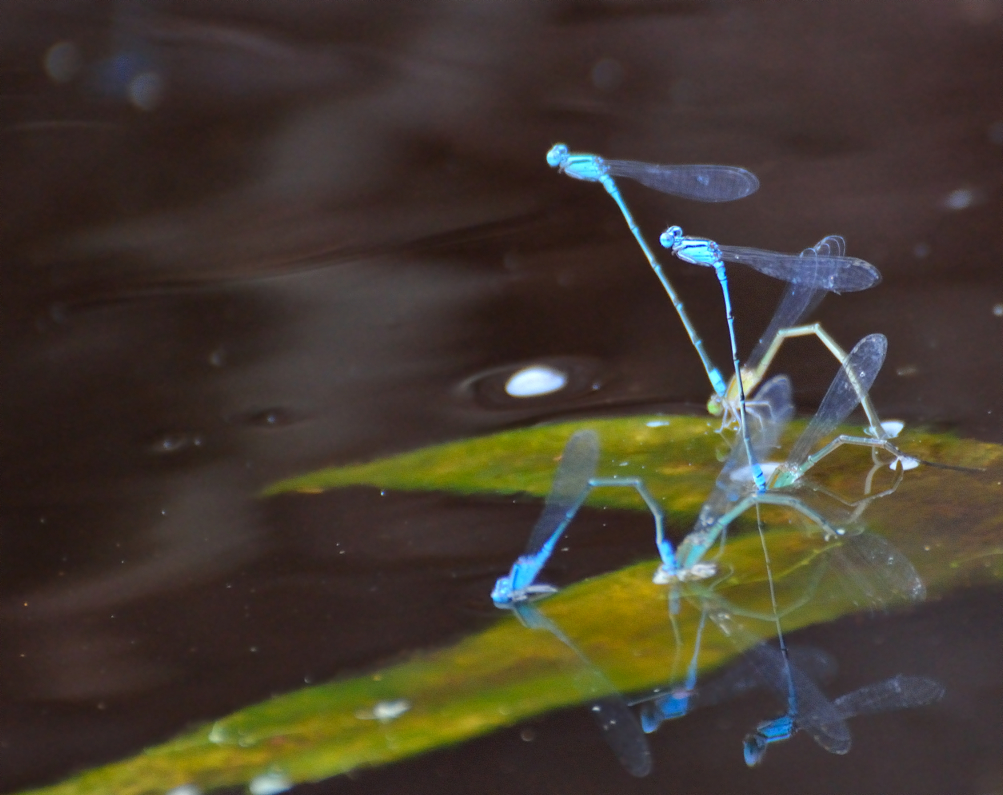 Blue riverdamsel, Pseudagrion microcephalum, a common species of damselfly recorded on the rivers of RER

Aquatic Insects
As juveniles, Odonates are semi-aquatic or aquatic. However, adults are often observed to be near bodies of water and described as aquatic insects, mainly because they are dependent on water to develop their larval stage.

Since most dragonflies spend their larval stage and begin their life as a nymph living underwater for a year or more, clean water is critical for them to ‘breathe’ in the underwater environment by using their three large gills.

The acidity of the water, the amount of aquatic vegetation, water temperature, and whether the water is flowing or stationary will also determine the distribution of Odonata larvae.

Thus, Odonata serve as a bioindicator of water quality in an ecosystem where they are found.

Why water levels matter for RER? August 26, 2021
Our Gratitude for Rangers on World Ranger Day August 3, 2021
The Importance of Sumatran Tiger for RER July 29, 2020
Back to Media Centre