5 Main Differences Between Apes vs Monkeys

Many people use the terms “apes” and “monkeys” interchangeably, even though they are significantly different. Before finding out the differences, it is important to understand that both apes and monkeys are primates, an order of more than 500 species. That makes primates the third most diverse order of mammals, after rodents and bats.

Primates are mammals that are characterized by their advanced cognitive development and abilities, grasping hands and feet, and forward-facing eyes, along with other characteristics. Millions of years ago, primate ancestors evolved different defining characteristics from one another, branching into many species within different groups. 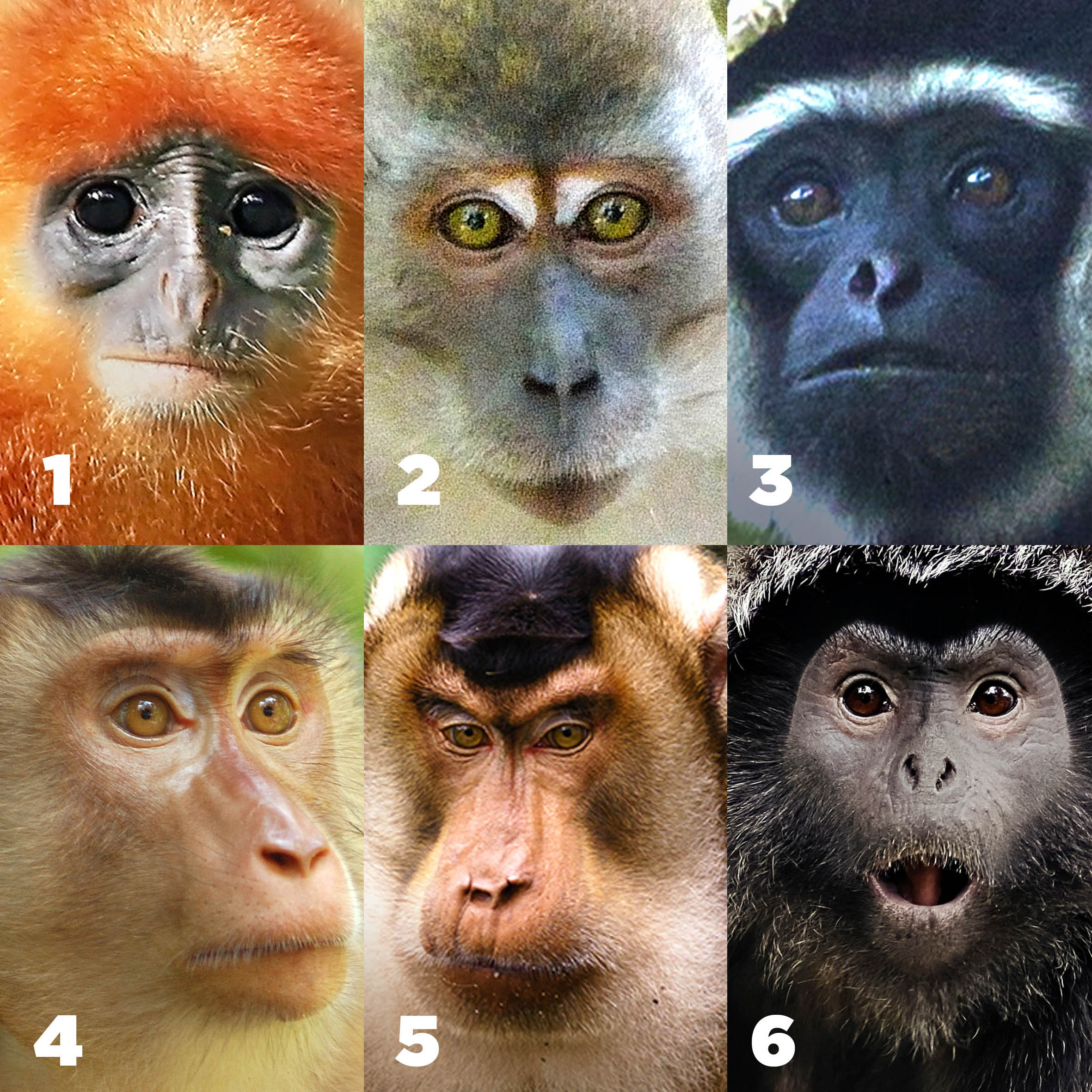 What’s the difference between apes and monkeys?
Apes and monkeys are able to live side by side and may look similar, but they are not the same. To differentiate the two, we can observe their physical characteristics and evolutionary development.

Apes have no tail
The easiest way to tell the difference between apes and monkeys is the presence or absence of tail. Why don’t apes have tails? They’ve developed a different form of locomotion that doesn’t need them and spend less time in the treetops, compared to monkeys which largely live in the tree canopy. 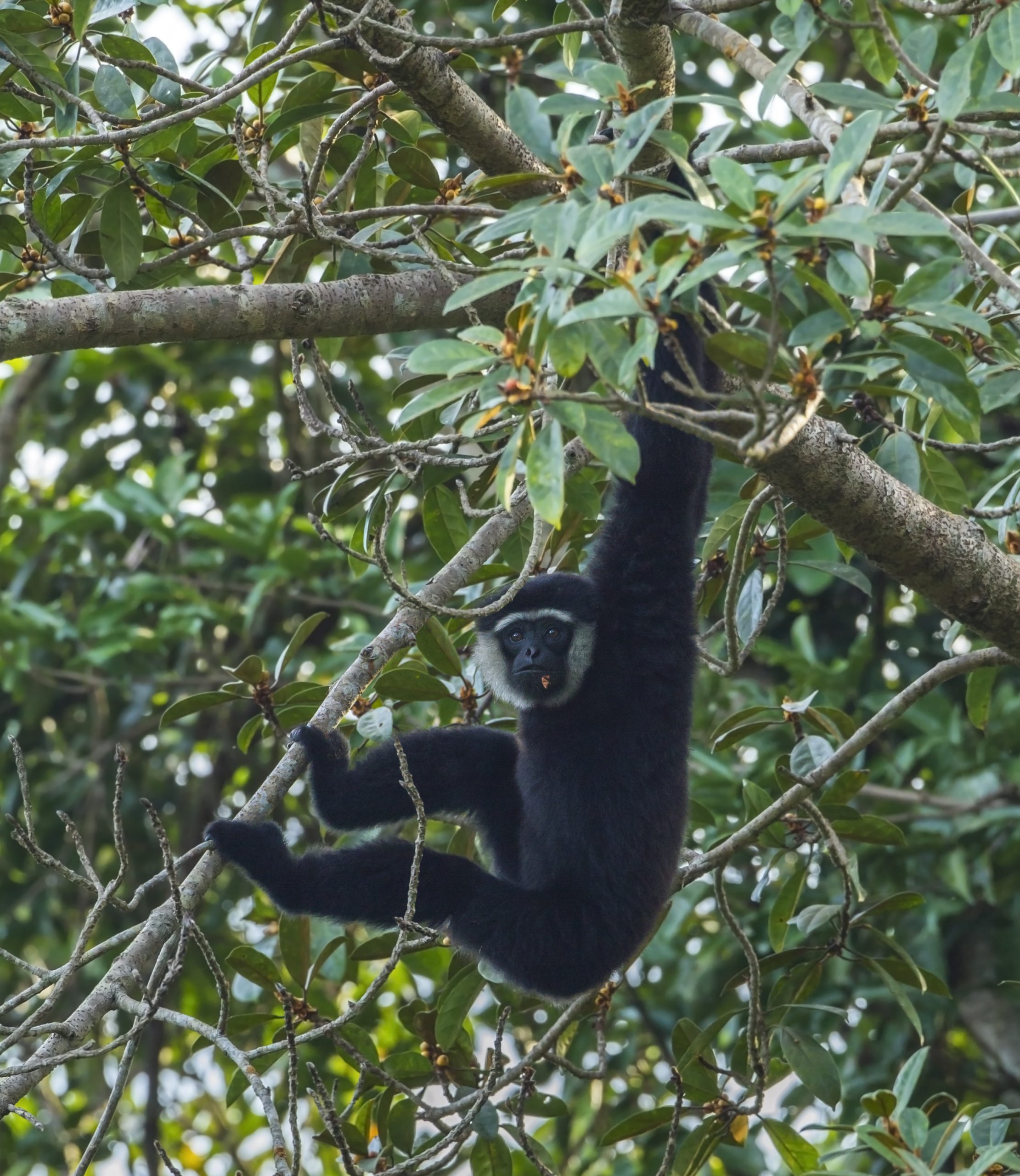 Body size and shape
Apes’ body shape and skeleton are much closer to those of humans. They are usually larger and heavier than monkeys and have broad chests with shoulder joints that help them to swing through trees.
Monkeys’ body shape is more similar to other mammals, which is generally smaller than apes with a narrow chest. Their skeletal structure is similar to a mid-size mammal like dog.

Movement
Apes have a much more upright body position compared to monkeys, which allows them to walk comfortably on their two hind legs like humans. They also have evolved shoulder joints to help them use their arms to swing from branch to branch, a movement that is also known as brachiating.
Meanwhile, monkeys are usually running on tree branches rather than brachiating. On the ground, monkeys walk with the entire sole of the foot touching the ground but with the palm of the hand raised – they almost never walk bipedally. 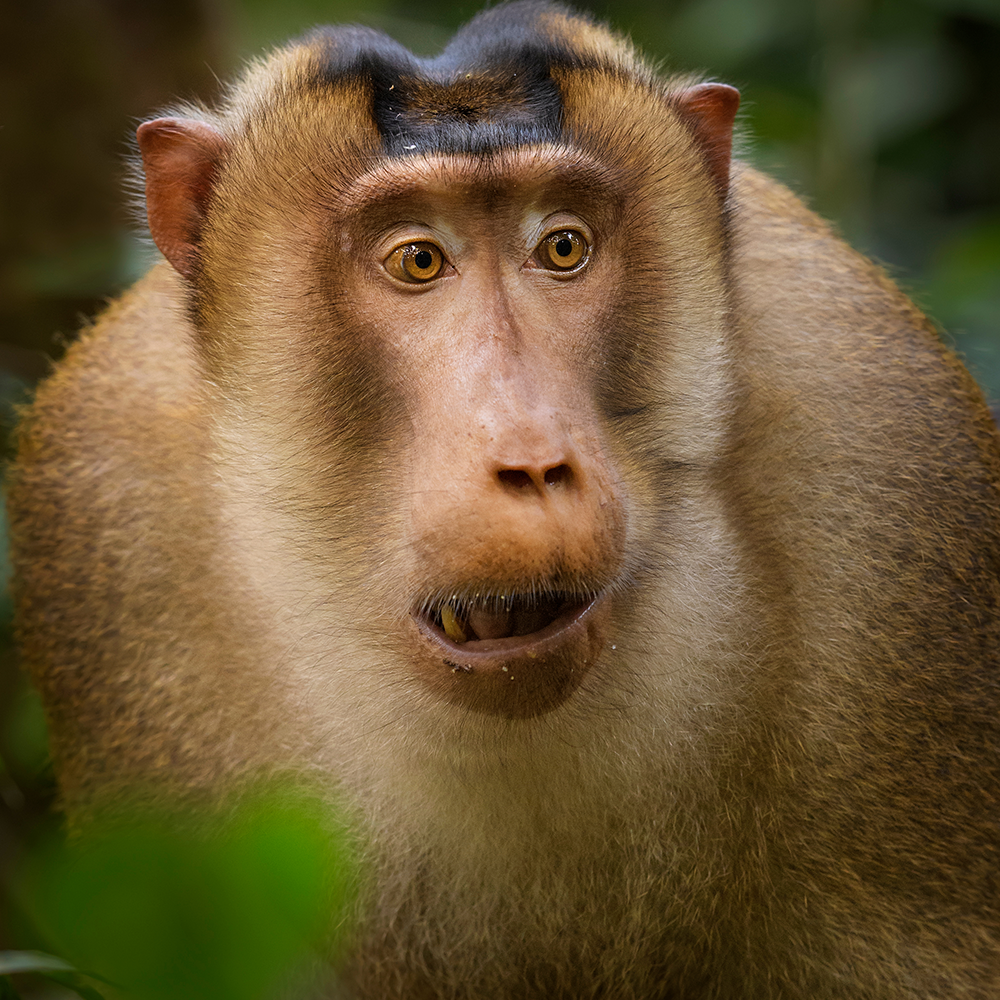 Relative intelligence
This one may not be easy to tell from a quick glance, but apes are relatively more intelligent than monkeys. They have larger brain to body size ratio than monkeys, which makes them able to think through and solve problems better. Chimpanzees, the closest apes to humans genetically, can even create and use simple tools to help them gather and access food.

RER has identified five species of primates on the Kampar Peninsula, one of which is an ape, the Agile Gibbon (EN). It has fur that varies in colour from black to reddish brown. But uniquely, Agile Gibbons on the Kampar Peninsula have been identified to have darker fur compared to similar species in South Sumatra. This arboreal animal is considered Endangered (EN) due to habitat loss and poaching. Beside the Agile Gibbon, RER has also identified four species of monkeys: East Sumatran Banded Langur, Long-Tailed Macaque, Silvered Langur and Pig-Tailed Macaque that are important for forest ecosystem balance as either pollinators or prey species for predators.

How Water Levels and Quality are Monitored in RER December 12, 2019
Crocodiles, Cameras and Rare Cats: Monitoring Wildlife in RER January 15, 2018 Indonesia's peatland areas are some of the most sensitive and endangered ecosystems in the world and the Kampar Peninsula in Sumatra...
Back to Field Stories