Restorasi Ekosistem Riau (RER) is shedding some light on the bird population in the little-known jungles of the Kampar Peninsula in Pelalawan, Riau, Indonesia, with its continuous participation in the annual Asian Waterbird Census (AWC).

The AWC is a global event where people record the variety of waterbird species in their locations to help estimate species population and to assess potential threats to the sites.

In Indonesia, the AWC is coordinated by Wetlands International – Indonesia, who supplies the standardised form containing all the Indonesian and scientific species names of the waterbirds which have been found in Indonesia.

AWC participants head out with binoculars and cameras, making records of both the species and number of waterbirds encountered.

Participants typically conduct the AWC observations during the second and third weeks of January, but any sightings during January are acceptable.

RER has participated in the AWC since 2017. This year, five members from RER took part in the activity, observing and recording waterbirds along the Kampar River from January 29 to 30.

A FEW PARTICIPANTS COMPLETE PARTS OF THE SURVEY ON FOOT

Over the two days, the team managed to sight a total of 128 birds comprising 14 species.

The most significant species recorded was the Lesser Adjutant (Leptoptilos javanicus), a species which is protected by the Indonesian government and classified by the IUCN as Vulnerable. 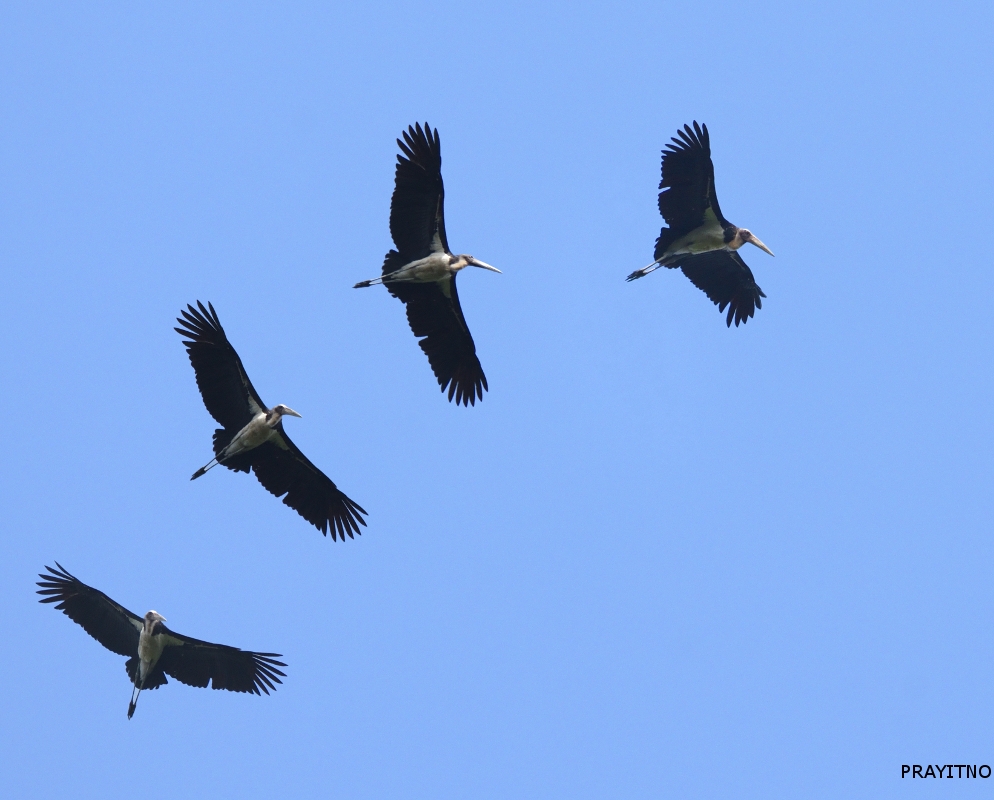 THE LESSER ADJUTANT, A SPECIES WHICH IS PROTECTED BY THE INDONESIAN GOVERNMENT AND CLASSIFIED BY THE IUCN AS VULNERABLE

The RER team spotted five storks among the dense vegetation growing on the Kampar river bank, who immediately took off when the team passed them on a speedboat.

The first species the team encountered during the AWC – the Purple Heron (Ardea purpurea) – would turn out to be the most common species sighted, with 44 individuals recorded. The team also saw 35 Black-crowned Night Herons (Nycticorax nycticorax) flocking and returning to their roost for the night. 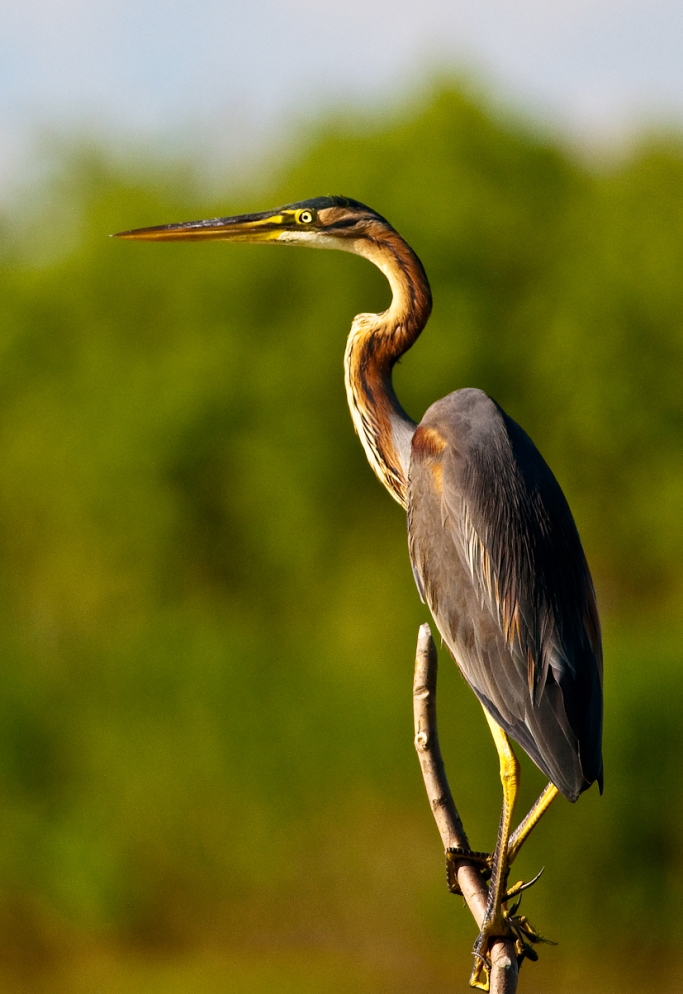 Prayitno Goenarto, RER Conservation Officer, who led this year’s AWC team, said it was important for RER to take part in the AWC because the Riau province has been an under sampled area for waterbird surveys and bird censuses in general.

“Not many people have consistently done waterbird censuses in our area, thus this information will be helpful in providing a better understanding of waterbird populations in Sumatra and Indonesia as a whole,” Prayitno said.

RER plans to continue taking part in the AWC in the future.

“Each year, we are recording more and more fascinating waterbirds that visit us, including resident and migrant birds.

“The more data we can collect and share, the more people will see the importance of the Kampar Peninsula,” he said.