Meet the Malayan Porcupine (Hystrix brachyura), a mammal belonging to the Hystricidae family. The porcupine is native to Nepal, India and Bangladesh, China, and Southeast Asia including Thailand and Singapore.

The Malayan Porcupine is also found in Indonesia, where it is known as ‘Landak Raya’. It is one of the 76 mammal species identified in the Restorasi Ekosistem Riau (RER) area of the Kampar Peninsula through camera traps and field observation.

Although the species is listed as Least Concern (LC) conservation status by the International Union for Conservation of Nature (IUCN), the Malayan Porcupine is considered quite rare and known to be extremely elusive, especially as it is active almost entirely at night.

This porcupine is found in various forest types, and can live alone, in pairs or even in groups of up to 10 individuals.

One of the largest of the South-east Asian porcupines, the Malayan Porcupine is considered to be a stout and large rodent, measuring about 63 to 72cm in length and weighing around 0.7kg to 2.4kg.

Its front half of the body is dark brown to near black, while the rear half is covered with long, sharp and rigid quills, which are actually modified hair. These quills are often black and white, or dark brown and white. 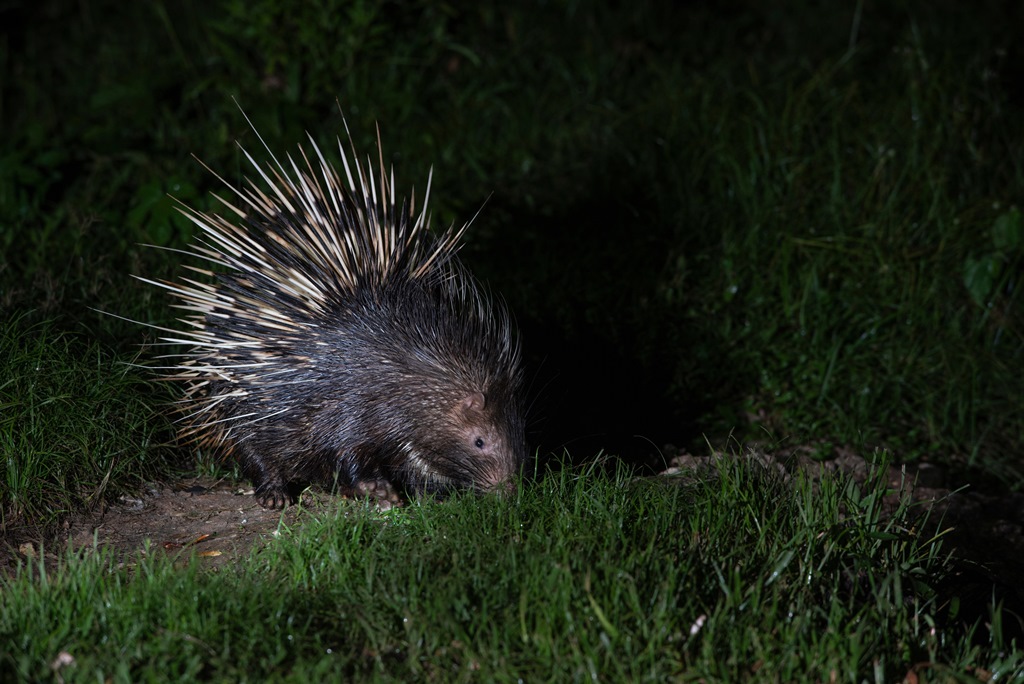 When born, porcupettes, or baby  porcupines’ quills are actually soft, becoming harder as they enter adulthood. The Malayan Porcupine also has a relatively short tail, which is covered with quills which they rattle when threatened.

As with other porcupines, the Malayan Porcupine also charges backwards as a defence mechanism if attacked by a predator, stabbing these foes with their quills.

The Malayan Porcupine rests during the day in their burrow or den, only coming out to forage at night, looking for fallen fruit, roots, tubers, bark, carrion (decaying animal flesh) and insects to feed on. It also gnaws on bones, and crushes seeds and nuts with its large incisors and powerful jaws.

Adult female porcupines have a gestation period of 110 days, with a typical litter size of two to three porcupettes.

Humans are considered as one of the biggest threats to the Malayan Porcupine, which is hunted for its meat and bezoars (used in traditional medicine in some parts of Asia). Habitat loss and modification has also contributed to a decline in their numbers.