Meet the Malay Weasel (Mustela nudipes), a carnivorous mammal belonging  to the Mustelidae family. This is the first time Restorasi Ekosistem Riau (RER) has observed this species, making it the 76th mammal species to be recorded in the RER area on the Kampar Peninsula.

Although the Malay Weasel is not considered a species of conservation concern (LC) there is very little known about its ecology, habitat requirements and behavior. What is known is that it is found across the Sundaic regions of Brunei, Indonesia, Peninsular Malaysia and Thailand. 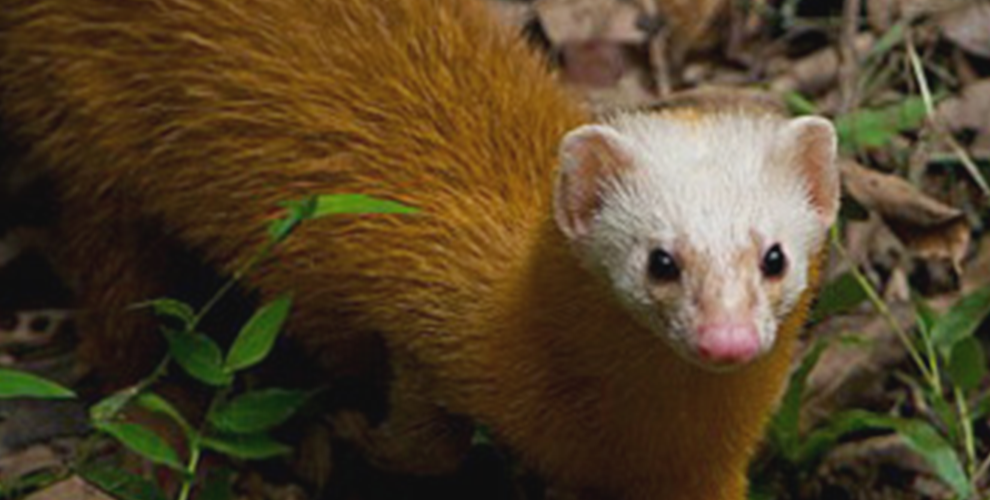 The Malay Weasel’s striking golden colour and pale head and tail sets it apart from other species of weasel. This species weighs around 1kg, with an elongated body of 30 to 36cm and tail length of 24 to 26 cm.

Very little is known about this animal’s feeding habits, but like other weasel species it is assumed that the Malay Weasel is a skillful hunter, capable of hunting down fast-moving prey including small rodents, lizards and insects. It may also feed on prey such as birds and reptiles. The sleek, elongated body shape allows it to descend into the burrows of ground-dwelling prey. The species is known to be active mostly during the day.

The Malay Weasel is known to occur across a variety of habitats, including primary forest, secondary forest, swamp forest, scrub, grassland and even plantations. 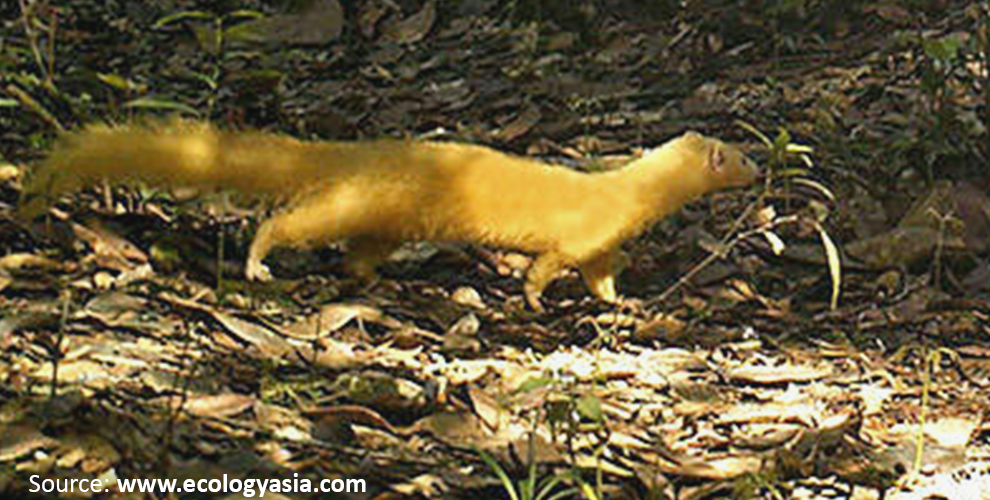 MALAY WEASELS ARE SOMETIMES KILLED BY HUMANS FOR MEDICAL USE, THEIR FUR, OR AS TROPHIES

This first detection of the species after five years of biodiversity surveys is a significant one from RER and came about through a pilot study project focused on gathering information about the animals that live across the edge of the RER area and adjacent acacia plantation forest. What’s more is that the Malay Weasel has not been recorded on the Peninsula previously.

Despite its elusiveness, the Malay Weasel is listed as Least Concern (LC) on the International Union for Conservation of Nature (IUCN) red list, meaning that it is not a species of conservation concern. However, this new confirmed record of the species on the Kampar Peninsula will add to the knowledge regarding the species distribution, habitat preferences and ultimately its long term protection.