Native to Sumatra and Java in Indonesia, Peninsular Malaysia and Borneo, it’s one of the two crocodile species which have been identified in our Restorasi Ekosistem Riau (RER) area.

The False Gharial is also one of the 55 globally threatened species identified in RER thus far. 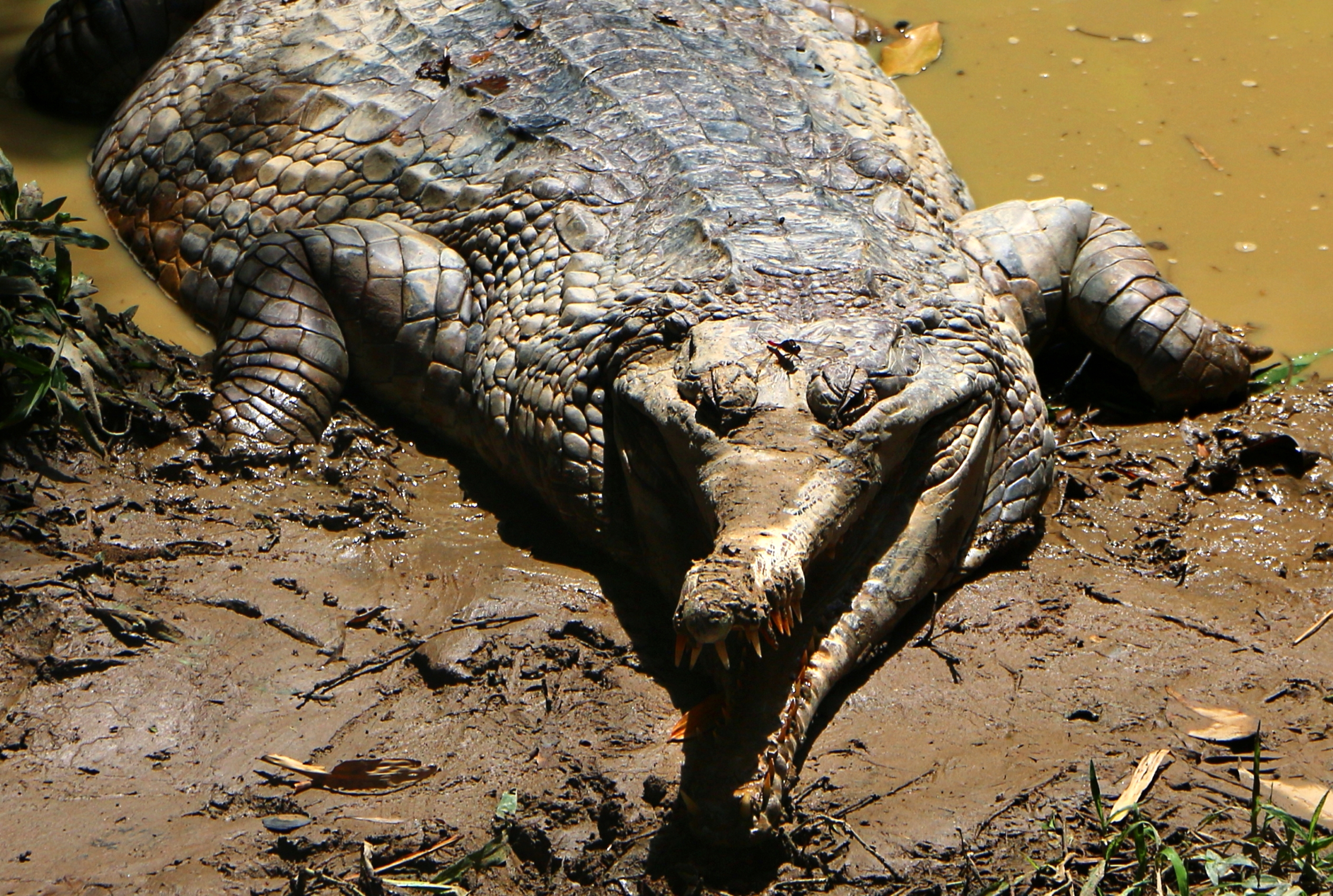 The False Gharial is a large crocodile, with males growing up to lengths of 5m while females grow up to 4m.

It seemingly has the largest skull out of any existing crocodilian (an order which includes crocodiles, alligators and gharials). It has even been stated that six out of eight of the longest crocodilian skulls (from existing species) seen in museums around the world actually belong to False Gharials.

This is aided by the crocodile’s long and slender snout, which is specifically designed for catching fish. While fish is their main food, the False Gharial may also eat crustaceans like crabs, and larger vertebrates including proboscis monkeys, macaques, birds and deer.

The False Gharial is found mostly in lowland swamp forests and peat swamps, and really likes spending most of its time submerged under water. 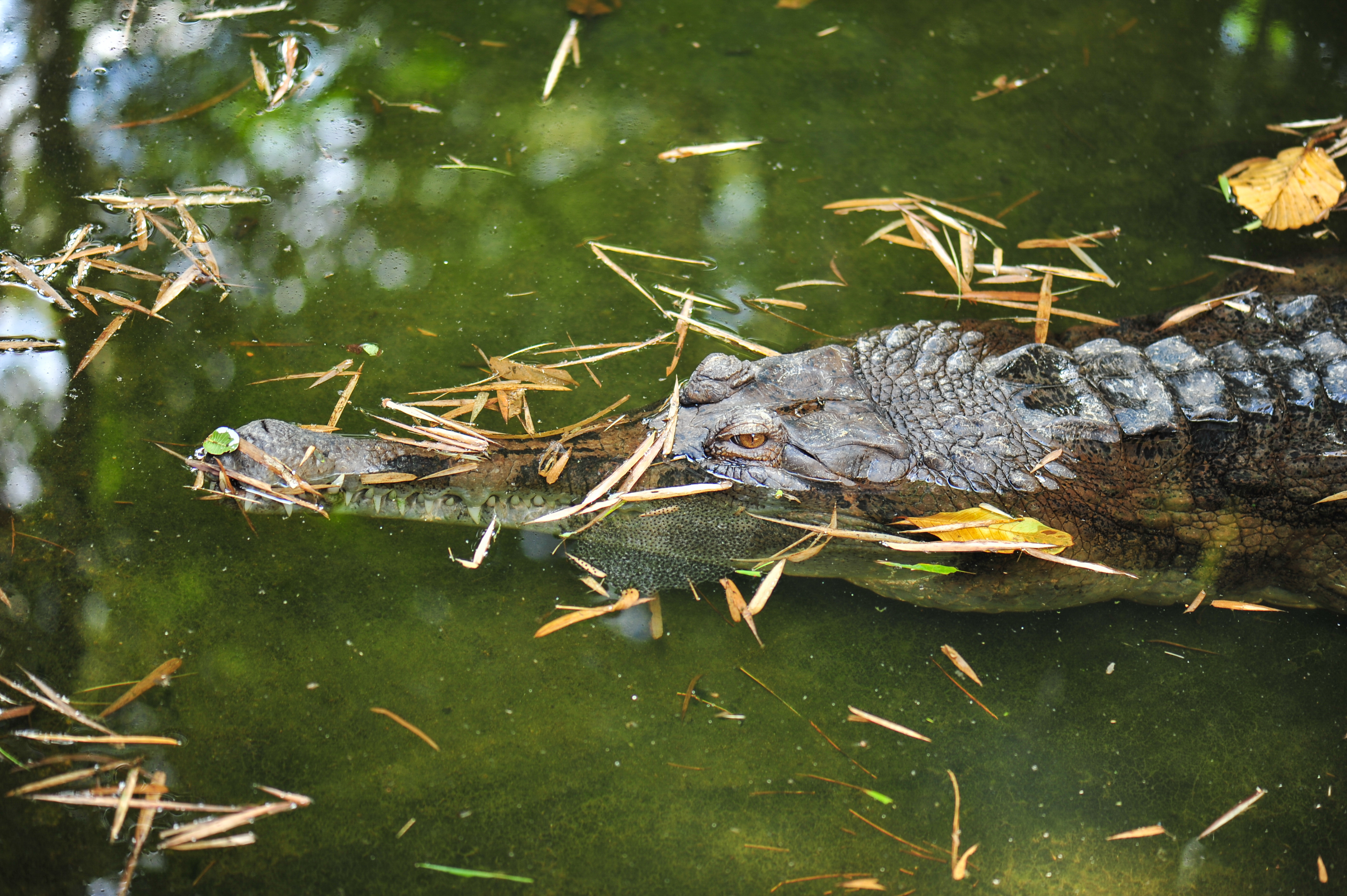 Its eyes and nose sit on top of its head, so it can still see or hear what’s going on even when it’s submerged.

All of this gives it an advantage as unsuspecting prey will not notice the almost-invisible crocodile floating nearby when they come to the water’s edge.

Like other crocodiles, the False Gharial kills by closing its mouth with tremendous force, puncturing and holding the prey with its needle-sharp teeth. Similarly, it feeds by swallowing this prey whole or in large chunks.

As a reptile, the False Gharial is cold-blooded. When it gets too cold, it may come on land to bask in the sun. It will then head back into the water when it has cooled off. 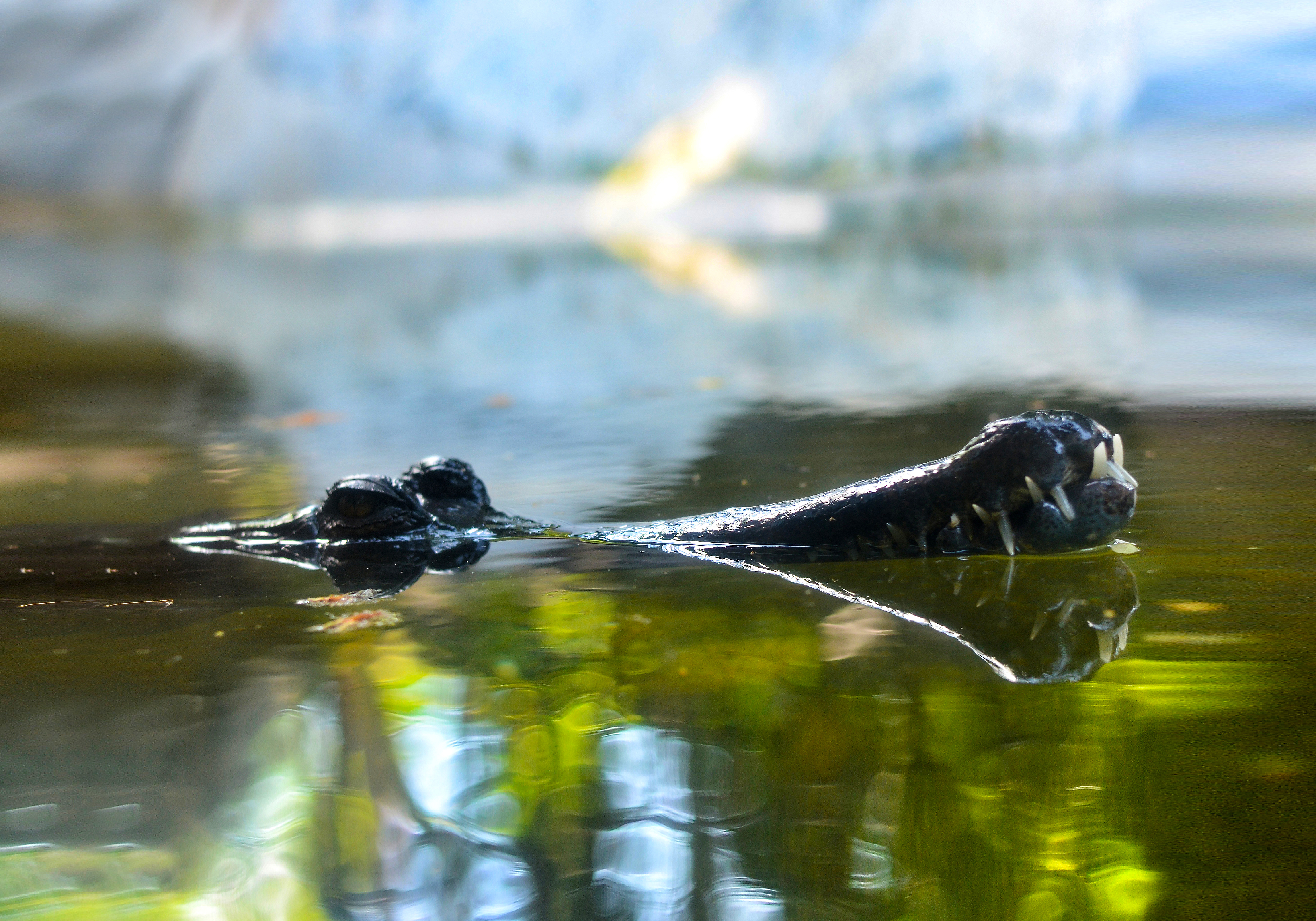 As a reptile, the False Gharial is cold-blooded.

False Gharials also appear to produce the largest eggs of any existing crocodile species – a Tomistoma egg is more than triple the weight of a common chicken egg.

Females lay about 13 to 35 eggs per nest, and they tend to abandon the nests almost immediately after laying the eggs. 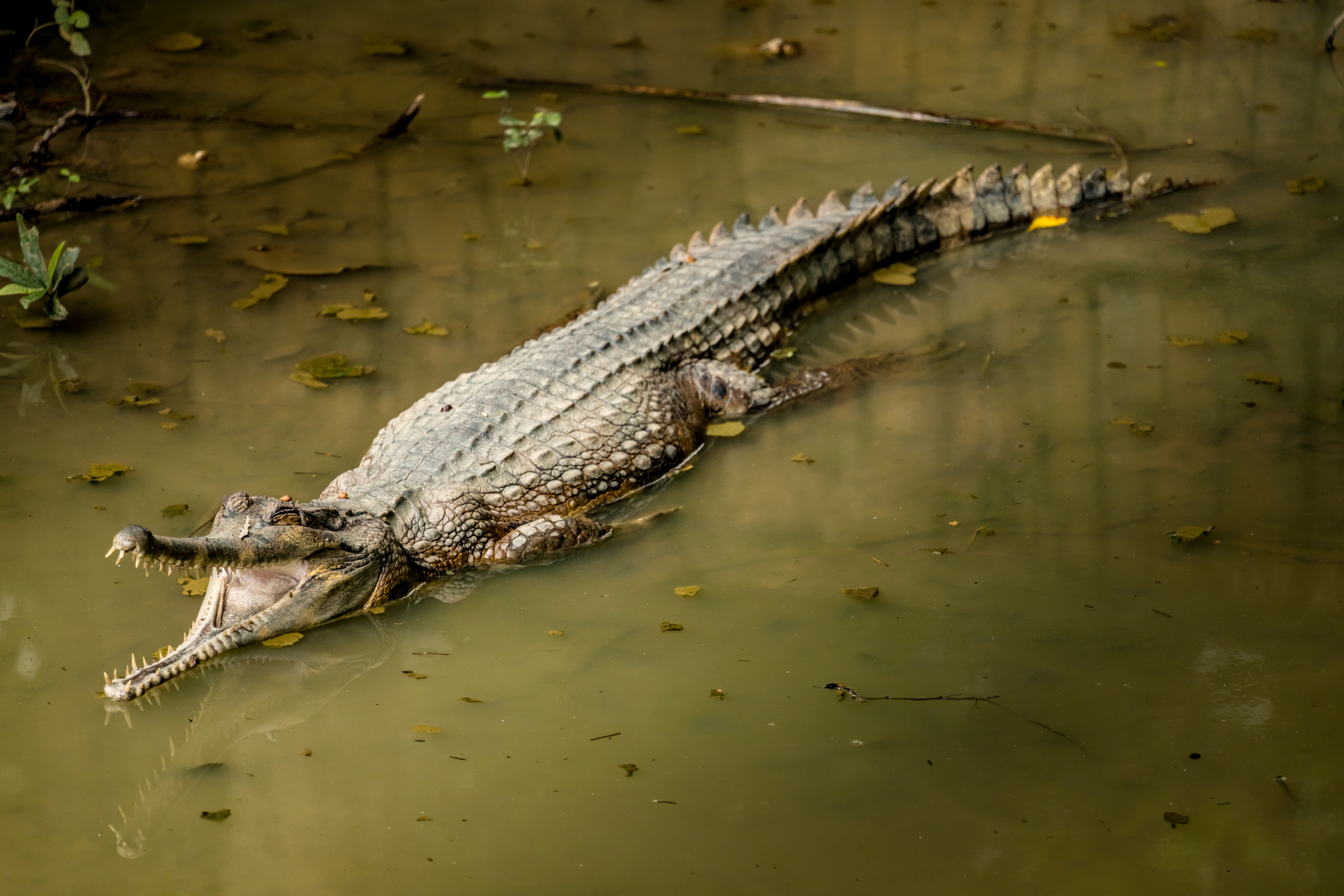 The False Gharial has needle-sharp teeth.

This makes the False Gharial different from other crocodiles, as young False Gharials receive almost zero parental care, having to endure the risk of being eaten by predators including mongooses, tigers, leopards and wild dogs.

The young False Gharials hatch after 90 days, after which they continue having to fend for themselves.

The False Gharial is listed as a Vulnerable (VU) species by the International Union for Conservation of Nature (IUCN), because there is only an estimated global population of fewer than 2,500 mature individuals.