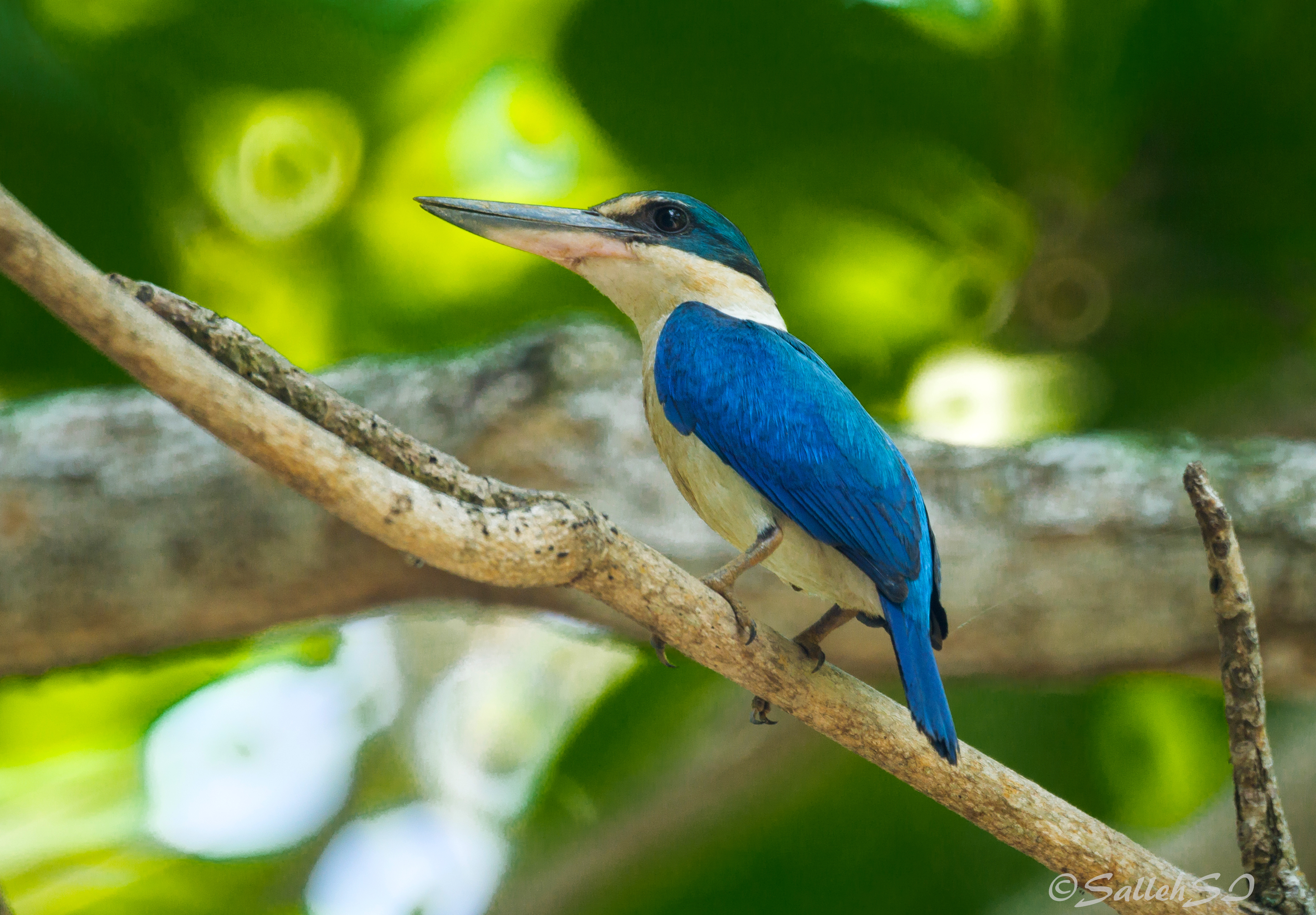 Collectively, there are over 50 subspecies of the Collared Kingfisher found globally. 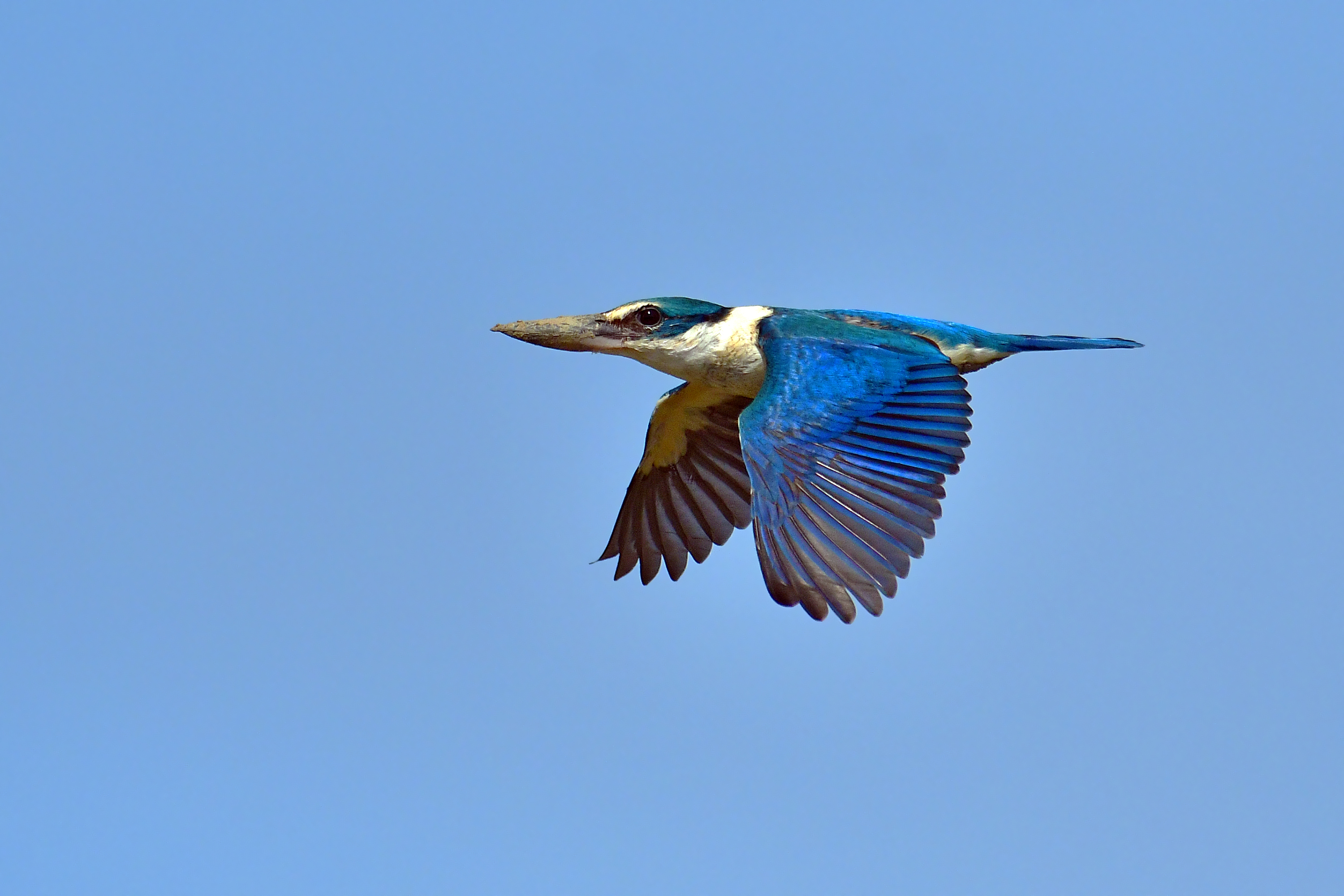 The Collared Kingfisher is also one of the 304 species of birds which have been identified in the Restorasi Ekosistem Riau (RER) area, where it is observed to be a resident species. It’s also one out of the eight different species of kingfishers which can be found in RER.

The Collared Kingfisher gets its name from a white collar around its neck. The rest of the bird is typically a blue-green colour, with white or buff underparts. 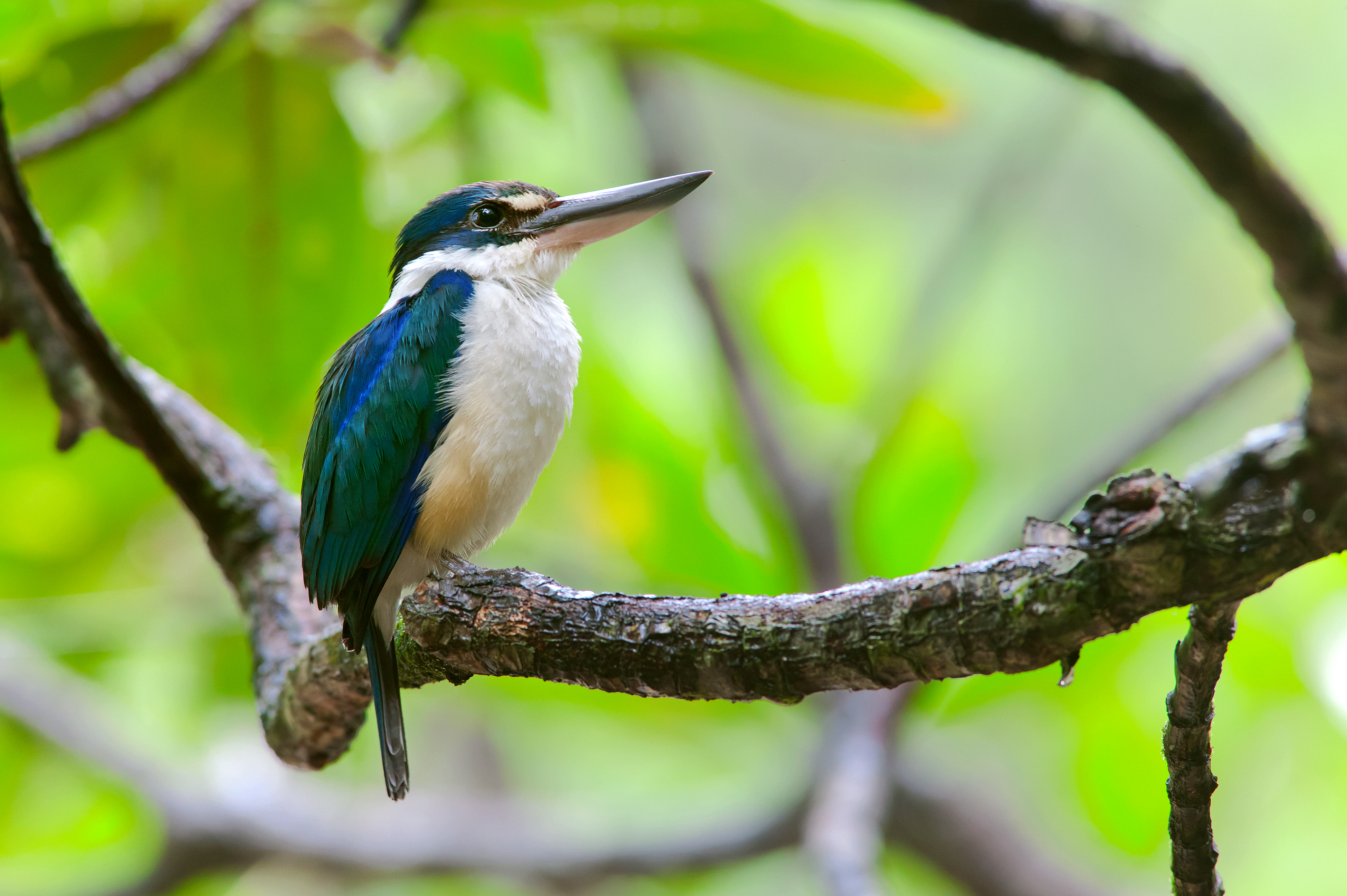 The Collared Kingfisher gets its name from a white collar around its neck.

This species is an aggressive species, both towards their own species and towards other species. It may snatch food from other birds or attack other animals which enter its breeding territory.

The Collared Kingfisher can perch motionless over long periods on rocks or bare branches, just waiting for prey, which it uses its bill to stab. If it catches large prey, the bird will pound it against tree branches until the prey is subdued.

The Collared Kingfisher finds cleanliness to be important, and will dive into water to bathe before flying to a perch to dry off in the sunlight. It also keeps its bill in excellent condition by scraping it back and forth against a tree branch. 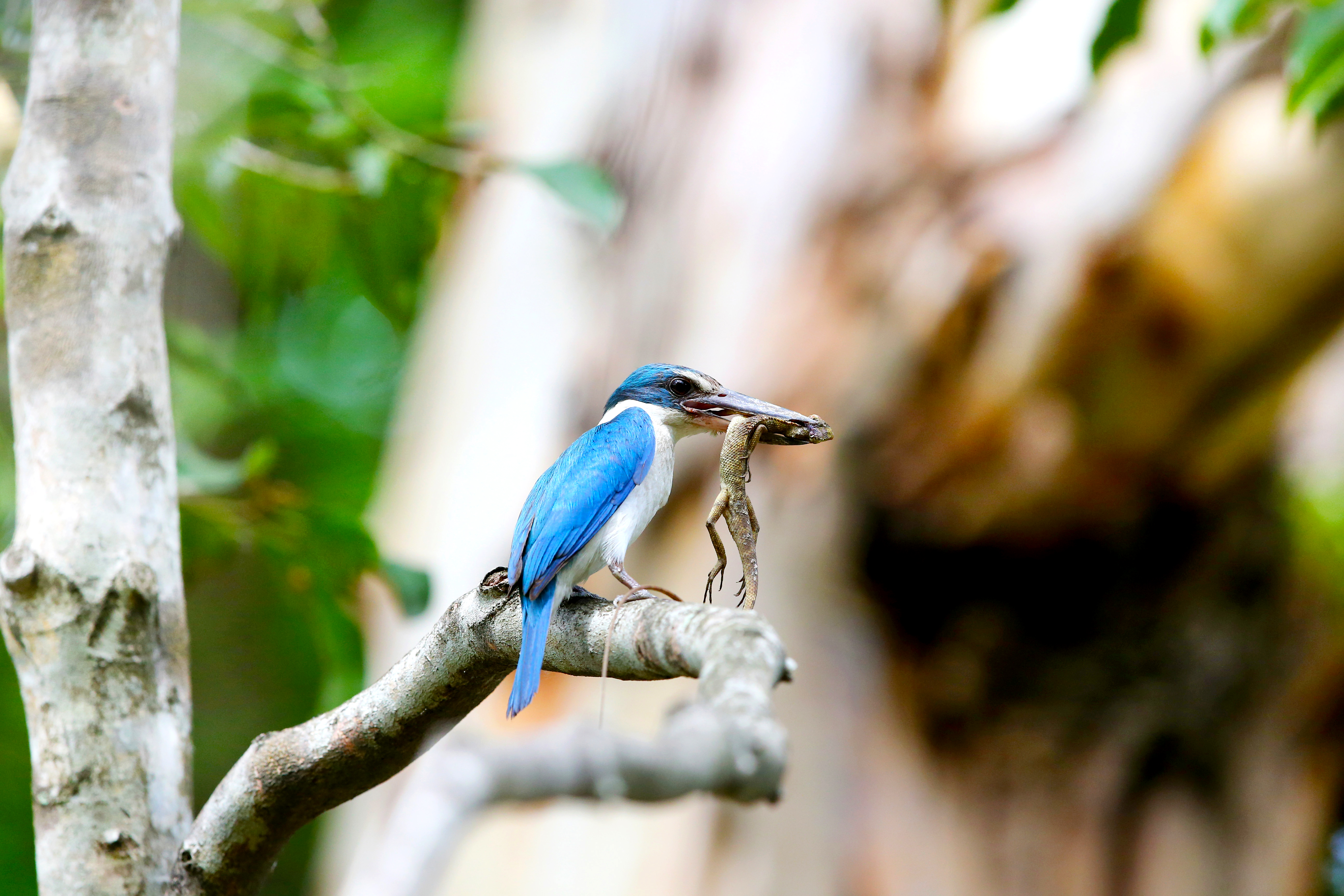 Despite its name, the Collared Kingfisher doesn’t just eat fish

The Collared Kingfisher is one of the 299 species of birds included in a bird checklist which was published by the RER in 2017.