Meet the Blue-eared Kingfisher (Alcedo meninting), a beautiful bird that belongs to the Alcedinidae family.

It is one of the 307 species of birds which have been identified in the Restorasi Ekosistem Riau (RER) area, where it is observed to be a resident species. It’s also one out of the eight different species of kingfishers which can be found in RER.

The Blue-eared Kingfisher’s scientific name is a combination of Alcedo, the the Latin word for ‘kingfisher’, and meninting, the Javanese word for the species.

In Indonesia, the Blue-eared Kingfisher is known as Raja-udang meninting with this name being slightly different – Raja-udang binti binti – in the Malay language. 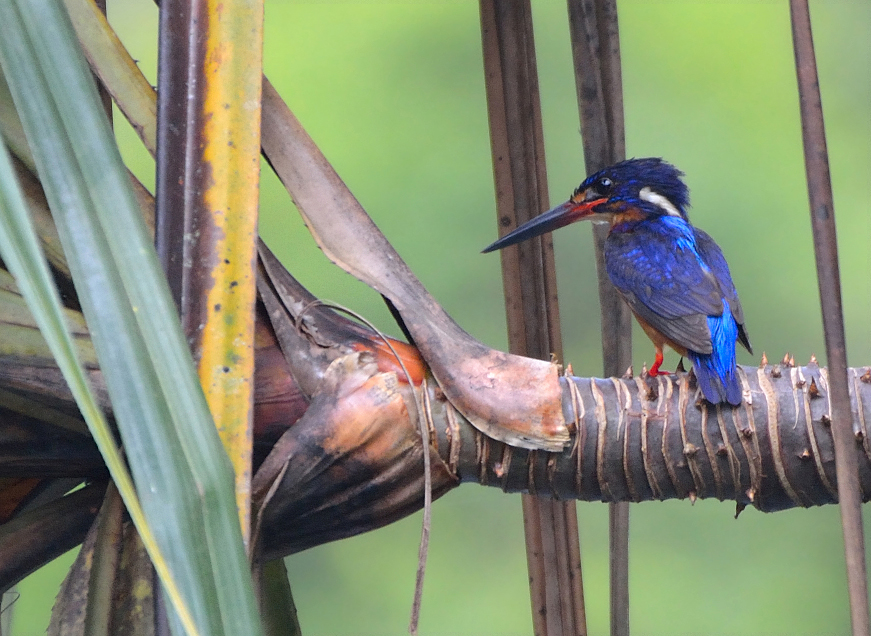 The Blue-eared Kingfisher, a beautiful bird that belongs to the Alcedinidae family.

The Blue-eared Kingfisher is also smaller, measuring 16cm in height. It is also distinguished by its blue ear coverts, orange spot in front of its eye, and white ear tufts on the side of its neck. Adult males have fully dark bills, while females possess lower mandibles (jaws) which are reddish in colour.

The Blue-eared Kingfisher is one of the most common kingfisher species found in the Sundaland, and it is also considered native to India, Nepal, Bhutan, Bangladesh, Myanmar, Thailand, Cambodia, Vietnam and Malaysia.

The Blue-eared Kingfisher inhabits forests (including peatland, mangrove or beach), farmlands, and sometimes even urban areas, so long as there is green space and an adequate open water body. However, it does have a natural preference for dense, shaded and evergreen forests with streams and ponds. 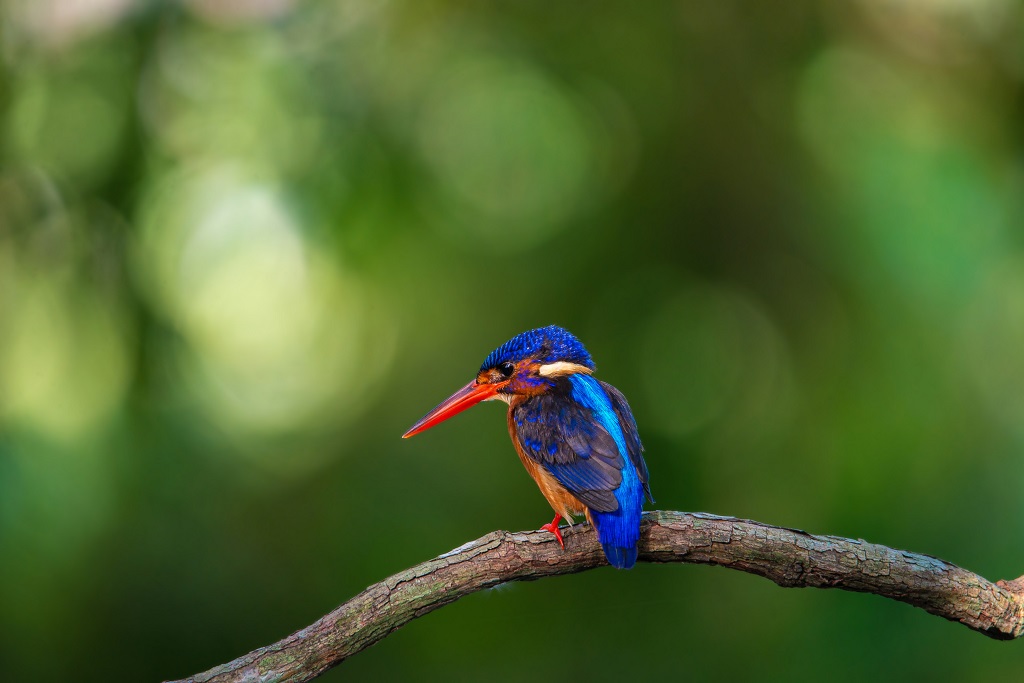 In RER, this bird is usually seen along our rivers. When disturbed by approaching boats, it will fly away from them along the river.

Like all kingfishers, the Blue-eared Kingfisher’s main prey is fish. It will sit on a branch hanging over the water while waiting for its prey, sometimes less than a metre from the surface of the water. Quite often, it will make high-pitched calls while perching.

When it spots food, the kingfisher will dive into the water and catch this prey. It may also look for crustaceans and dragonfly larvae to feed on, as well as grasshoppers and mantis. Following this, the bird will spend its evening sitting on another branch which is slightly higher up, about 2 to 3m from the ground.

The Blue-eared Kingfisher’s breeding season has been observed to be varying depending on its location. One record states that it in India, it breeds mainly in May and June in northern India, and in January in south-western India.

However, it remains the fact that like other kingfishers, the Blue-eared Kingfisher will dig a hole in the ground when it comes to making a nest. This is often a metre-long tunnel in the bank of a forest stream, where the female kingfisher will lay five to seven eggs.

The Blue-eared Kingfisher is one of the 299 species of birds included in a bird checklist which was published by the RER in 2017.