We are Part of the Solution

In the past year we’ve all faced a stark reminder of the importance of our relationship with nature, especially its biological diversity. Our lack of respect has led to one of the most challenging periods of our generation.

Every 22 May is celebrated as International Biodiversity Day. And in that regard, let us re-learn the importance of nature and its biodiversity.

Biodiversity is the building block of our planet. It is often understood as the variety of plant, animal, or microorganism species. But in truth, it also includes the genetic differences within a species, such as varieties of crops or breeds of livestock, as well as the variety of ecosystems that host multiple kinds of interactions among their members.

Biological diversity is the pillar upon which we build civilizations. Fish provide 20 per cent of animal protein to about three billion people. Over 80 per cent of the human diet is provided by plants. As many as 80 per cent of people living in rural areas in developing countries rely on traditional plant‐based medicines for basic healthcare.

Moreover, lack of respect of biodiversity may expand zoonosis diseases to human populations. But, if we keep biodiversity intact, it offers excellent tools to fight against pandemics such as those caused by corona or filo viruses.

Unfortunately, according to the Global Assessment Report on Biodiversity and Ecosystem Services released in 2019, we losing our biodiversity. It is driven by climate change, invasive species, over-exploitation of natural resources, pollution and urbanization.

But it’s not too late. There are solutions to halt or even change its course.

Be part of the solution

This year’s slogan for International Day of Biological Diversity is “We are part of the Solution.” The selection of this slogan is to continue last year’s “Our Solution in Nature” and to show that everyone has the ability to halt or even reverse biodiversity issues.

Restorasi Ekosistem Riau (RER), as an ecosystem restoration program located on the one of the most ecologically important landscapes, takes part in this effort by continuously protecting, assessing, restoring and managing the biodiverse Kampar Peninsula and Padang Island in Riau.

Supported by APRIL Group, RER is home to more than 800 species of plants and wildlife. When RER first started in 2013, the landscapes were severely degraded. But after methodological ecosystem restoration efforts, we have seen some promising progress. RER regularly conducts wildlife monitoring while at the same time assessing the landscape through animal studies and surveys. 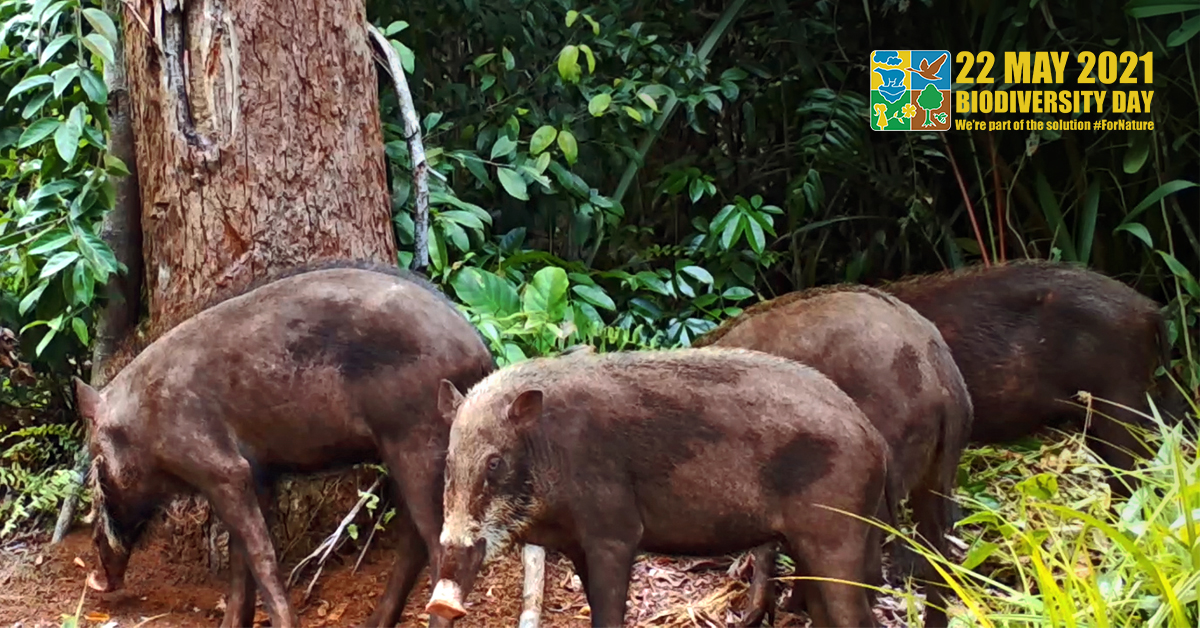 For mammals, we install remote camera traps in locations indicated by our field team such as through the presence of food source droppings, scratch marks or direct sightings.

This strategy has enabled us to record the elusive Flat-headed Cat Prionailurus planiceps (EN) or a family of Bearded Pigs Sus barbatus (VU) which showed that the area we are managing is improving. 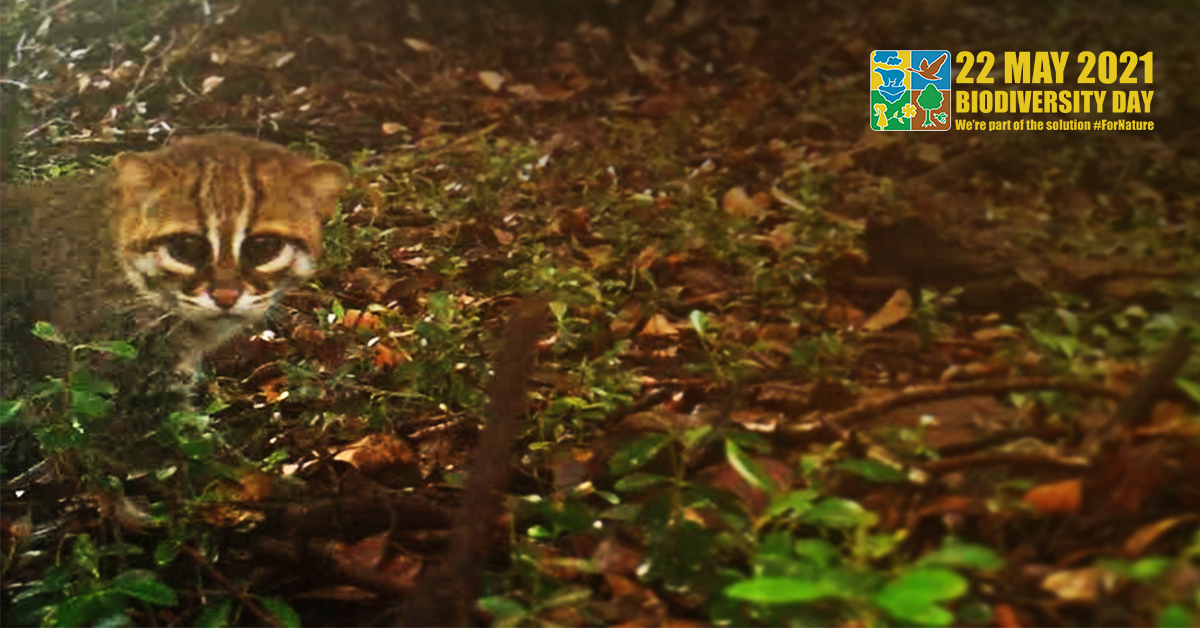 Besides monitoring, RER also conducted several studies to better understand the landscape, including the Edge Effect Study and Odonata Survey. The Edge Effect Study aims to investigate mammal and bird species richness across the edge or interface between RER’s peat swamp forest and the adjacent acacia plantation. We do this by installing camera traps in transects running from the natural forest into the acacia plantation areas.

The last one is the Odonata Survey conducted in consultation with Dr Rory Dow, a distinguished British entomologist. Odonata are known to be important indicators of ecosystem health, particularly in water-inundated environments such as peat swamp forests.

Preliminary studies identified 28 species of dragonflies and damselflies, some of which were recorded on the island of Sumatra for the first time. Once completed the Survey will develop a Dragonfly Biotic Index which can be used to assess the environmental health of aquatic ecosystems in RER managed peat swamp forest and to monitor changes over time.

Ecosystem restoration has helped the biodiversity of Kampar Peninsula and Padang Island to slowly recover. RER has shown that people and business can help biodiversity thrive by playing a part in the solution.