Turtle vs Tortoise, Can You Tell the Differences?

We may use the words turtle and tortoise interchangeably, but did you know that these animals have scientific distinctions? The fact is, tortoises are turtles, but not all turtles are tortoises. 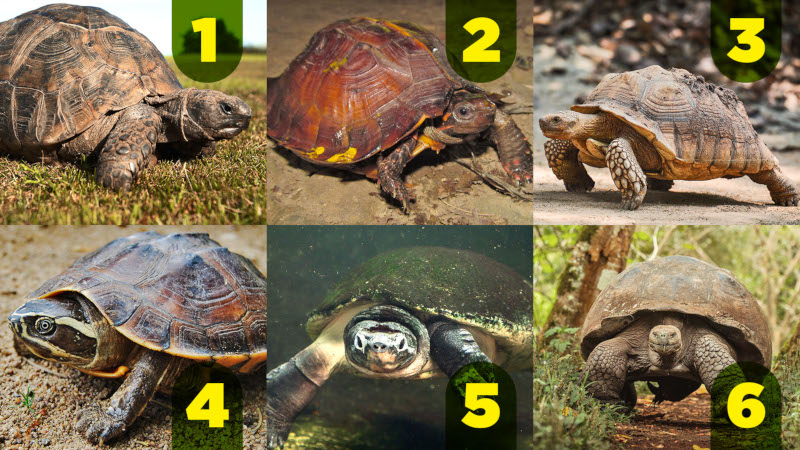 Both reptiles are from the order of Testudines but belong to different families. They look similar because both are protected by a shell; the upper is called a carapace, while the lower is called a plastron. Both animals are also generally reclusive and shy in nature, but there are significant differences that can help us tell which is which.

Habitat
The easiest way to identify the difference between tortoises and turtle is by seeing where they live. Turtles generally spend lots of time in the water, while tortoises are land-dwelling. This is because turtles have relatively flat, thin and streamlined shells that are more aerodynamic to help them swim and dive better. 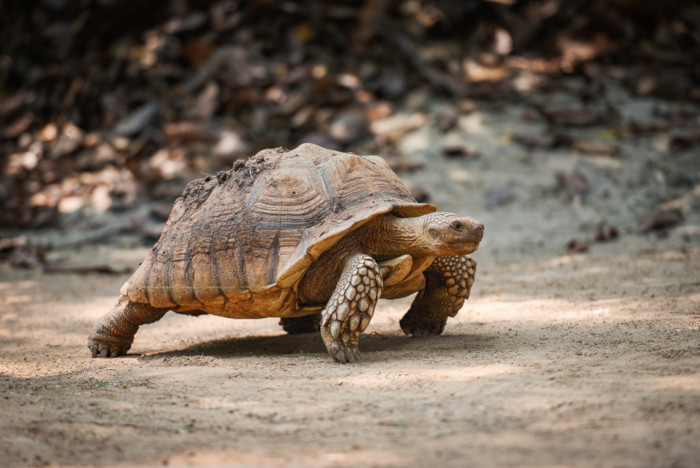 Meanwhile, tortoises’ shells are heavier and rounded in a dome-shape to protect them from predators on land. However, box turtles and some mud turtles are the exceptions to this rule as they have dome-shaped shells that look more like that of a tortoise.

Tortoises are exclusively land-dwelling because they lack a streamlined body and adapted legs. In fact if a tortoise happened to fall into deep water it would likely drown.

Physical Characteristics
The differences physical appearance can be seen in their shells and feet. A tortoise has short and sturdy feet with horned, scaly toes, like tiny elephant feet.

Meanwhile, the turtle’s feet are webbed with long claws to give them a good grip while floating and swimming. This feature will also help the reptile to climb onto riverbanks. Some turtles, like the Pig-nosed turtle, might even have flippers.

Diet
Another difference is related to their food preferences. Tortoises are herbivores who feed primarily on leaves, fruits, vegetables, or grasses. They sometimes swallow rocks to complete their need for certain minerals like calcium.

Shell shedding
Tortoises do not shed, but turtles do. The scutes on a turtle’s shell will flake off, allowing new scutes to grow underneath. When it happens, turtles will bask in the sun to dry them out or scrape against rocks and trees to get them off. 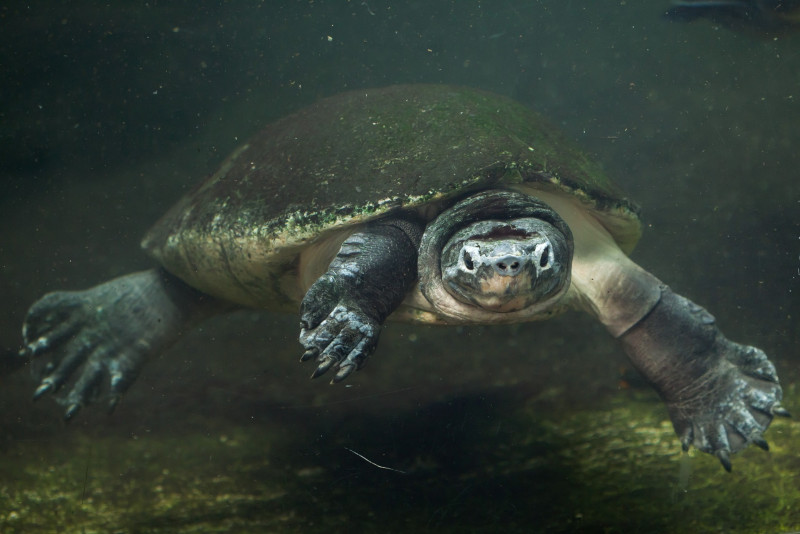 The aquatic environment allows organisms to grow on the turtles’ shells, such as algae or mold, and shedding helps remove them.

Tortoises are usually dry so don’t have the same problem, and their shells do not shed because the keratin shell will constantly grow, layering itself, and bulking up, hence the dome-shaped shells. Their scutes become larger and thicker to protect them better from predators.

Lifespan
Tortoises have a much longer lifespan than turtles do, with a life expectancy of around 90 years if it can avoid predators. A tortoise named Jonathan is the oldest currently-living terrestrial animal at 190 years of age.

In contrast, the expected lifespan of a turtle is only about 20 to 40 years, while sea turtles can live up to 60 to 70 years.

Geographical distribution
Tortoises are primarily found in Asia and Africa, and some species exist in the Americas, too, as their habitats are almost entirely warm. Turtles are known to be found in Africa and America, but there are at least six turtles species recorded to live in Restorasi Ekosistem Riau, in the Kampar Peninsula, Sumatra, Indonesia. 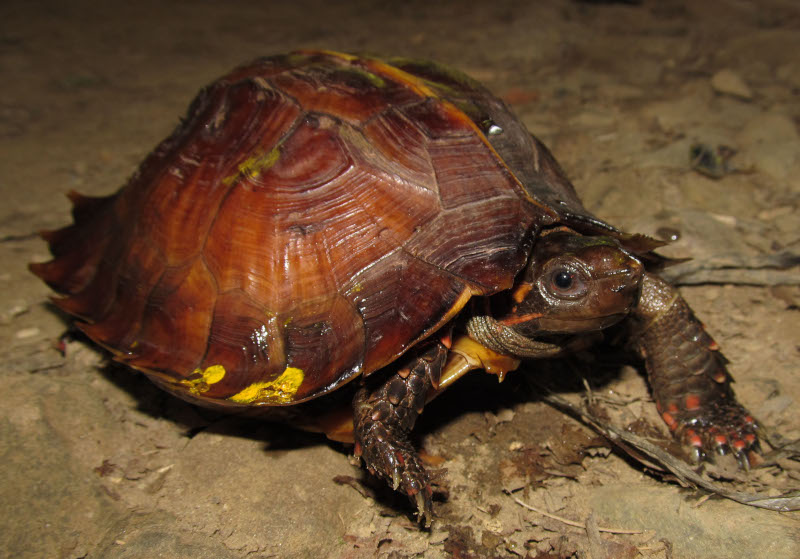 Two of them, the Spiny turtle (Heosemys spinosa) and the Malaysian giant turtle (Orlitia borneensis), are categorised as Endangered (EN) and Critically-Endangered (CR).

For us in the RER, more attention to the recovery of the turtle population in Indonesia is essential because turtles face some potential threats like poaching, deforestation, and international trafficking that have led to their numbers decreasing in the wild.

Komodo Dragons vs. Monitor Lizards: Can You Spot the Differences? April 29, 2022 Komodo dragons and monitor lizards are arguably some of the most famous reptiles. Can You Spot the Differences? Read more here!
5 Main Differences Between Apes vs Monkeys November 19, 2021 Many people use the terms “apes” and “monkeys” interchangeably, even though they are significantly different. Find out the difference between apes and monkeys.
Wildlife of RER: Giant Softshell Turtle March 26, 2021 Meet the Giant Softshell Turtle (Pelochelys cantorii), one of the largest freshwater turtles.
Back to Field Stories