Indonesia is home to a diverse array of tropical fruits. Some are well-known for their distinct flavours, such as durian, mangosteen, salak, and rambutan. Still, there are many others you may have never seen or heard of, such as asam paya (Eleiodoxa conferta). 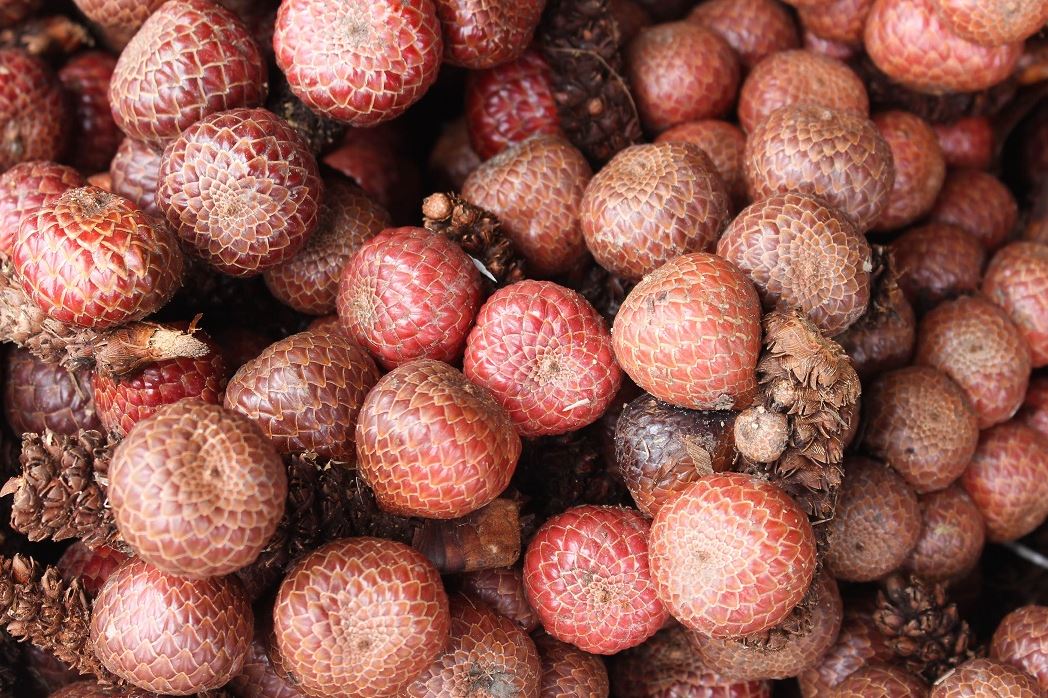 Asam paya, also known as asam kelubi, is a freshwater fruit found in Restorasi Ekosistem Riau (RER), Sumatra’s enormous peat forests. It looks and feels similar to snake fruit but has a different flavour. As the name suggests, asam means sour in Malay and paya means swamp in Bahasa Indonesia; hence this fruit is most recognized for its sour taste.

However, for the rangers patrolling inside 150,693 hectares of RER forest, asam paya has been a staple in their diets, especially when things are not going according to plan.

As the name implies, asam paya has an unusual acidic flavor. However, the RER rangers are used to the taste. Tropical fruit is an important source of nutrition when then rangers are on patrol.

Asam paya trees are plentiful and available all year in RER. The fruits are high in fibre, potassium, vitamin C, and antioxidants, they will help the rangers survive.

However, asam paya is not just handy when exploring Southeast Asia’s beautiful forests; the locals also use the fruits in traditional cuisines. 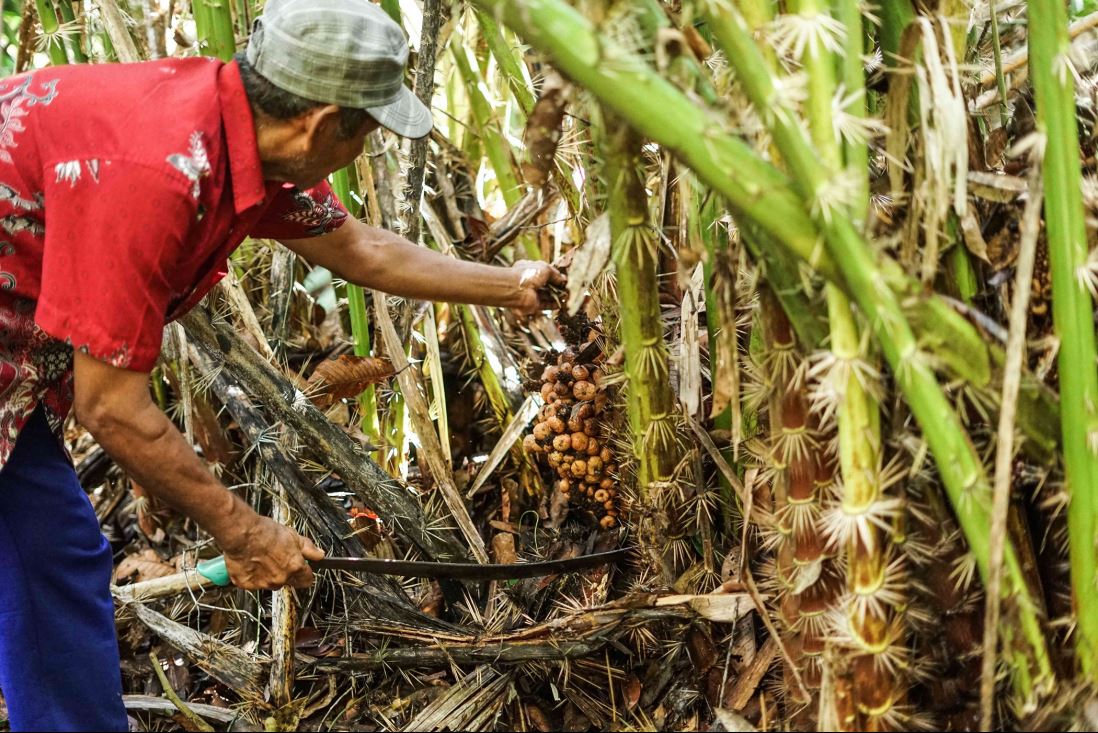 Asam paya is used in traditional Malaysian dishes and can also be used to treat various conditions such as diabetes, skin infections, and liver ailments. Eating asam paya may benefit digestion, the immune system, and energy levels due to its high fibre content, which aids constipation.

This fruit is another commodity that has helped the local economy. The raw fruits are sold at the local market, and the locals also sell it as processed juice. Asam paya can be juiced and used as a souring ingredient in drinks, sauces, and soups. It can also be fried with fish or sliced.

As said before, asam paya resembles another fruit native to Indonesia, Salak (Salacca zalacca) or snakeskin fruit. Both are members of the Arecaceae family and have similar teardrop forms. Both fruits share similar exterior skin that easily breaks off in pieces when peeled. 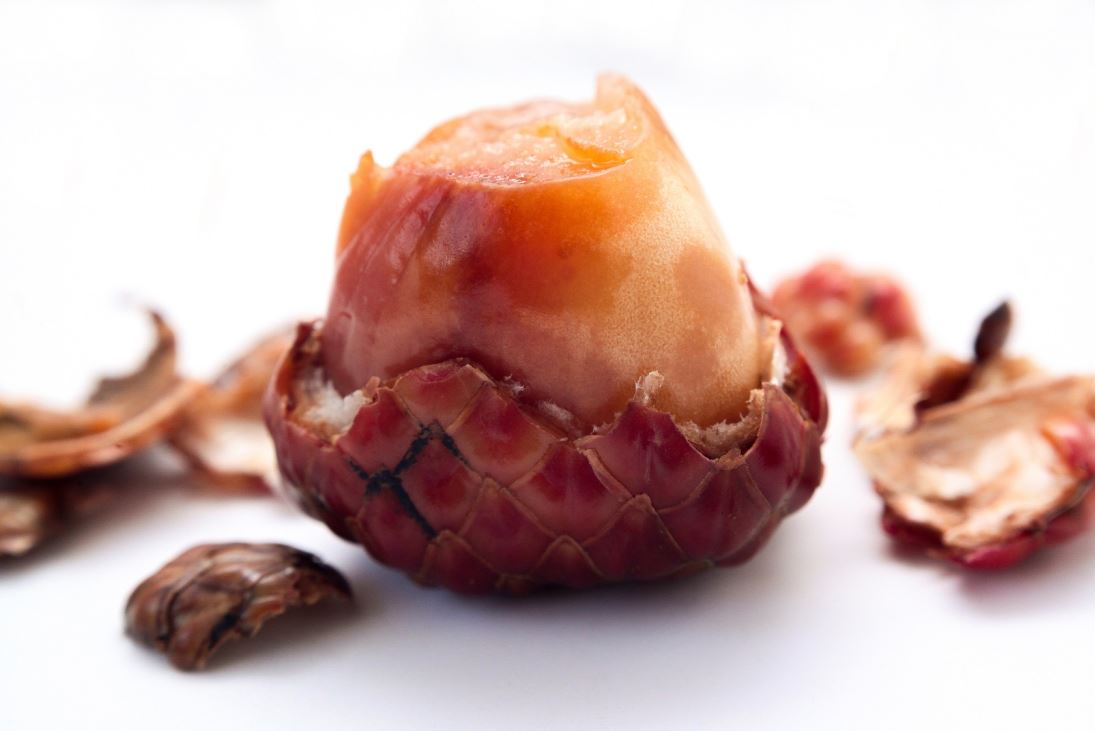 salak is more brownish-red in colour, while asam paya is more ruby-red

After peeling the spiky exterior, both salak and asam paya have two to three hard brown seeds enclosed in a delicious pulp under the skin’s surface by soft, spherical lobes that are cream in colour.

The difference between the two tropical fruits is in their colours; salak is more brownish-red in colour, while asam paya is more ruby-red and has a lumpier texture. Another difference would be in the taste. While asam paya is best known for its sourness, the taste of salak is similar to a bitter pineapple or jackfruit.

Southeast Asia, notably Malaysia and Indonesia, is where you can locate this species. Its surroundings—peat forests—offer the low-nutrient conditions it prefers. Although its habitat’s specific sites are still unknown, it has been discovered in Borneo, Sumatra, Java, and the Philippines.

In RER, Eleiodoxa conferta is one among 197 species of plants recorded in the restoration area.

Wildlife of RER: Meranti Paya May 23, 2018 Indonesia's peatland areas are some of the most sensitive and endangered ecosystems in the world and the Kampar Peninsula in Sumatra...
Back to Media Centre