In 2013, APRIL Group initiated the Restorasi Ekosistem Riau (RER) project as part of a wider mission to support sustainable development. The project objective is to preserve and restore areas of important ecological value on the island of Sumatra, including peat swamps and forest ecosystems.

Covering a combined area of 150,693 hectares on the Kampar Peninsula and Padang Island of Riau, these peatlands and forest areas provide an essential habitat for flora and fauna. Nine years since its inception, RER has made significant progress in supporting national forest restoration and protection for the region.

According to the RER Progress Report 2021, the program successfully identified a total of 838 species of flora and fauna in the restoration area – an increase of 12 compared to the previous year. Specifically, the RER was found to contain 78 species of mammals, 311 species of birds, 106 species of amphibians and reptiles, 196 species of trees, 89 species of fish, and 58 species of insects (Odonata). Among this collection, as many as 69 species are included in the IUCN Red List, with 39 listed as Vulnerable, 18 Endangered, and 12 Critically Endangered. In addition, 117 species are included in the CITES list, while 99 are categorized as protected by the Government of Indonesia. 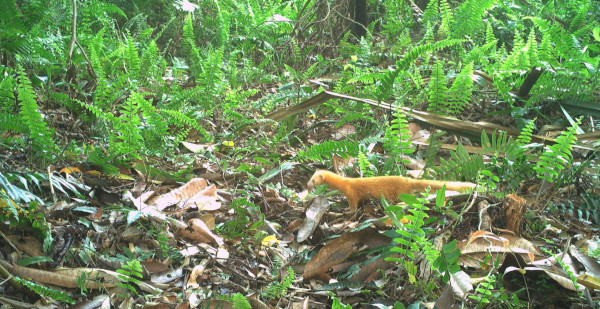 RER has also made great strides towards forest recovery by restoring a total of almost 12,000 hectares. This has been achieved through various restoration methods, such as planting, maintenance, assisted natural regeneration, and natural regeneration. In 2021, RER also planted 38,000 seeds in seven natural nurseries dispersed across the program area. Moreover, following a five-year process of hydrological restoration, the program has successfully built 87 dams on 12,644 hectares of impacted area on the Kampar Peninsula and Padang Island, closing 31 canal systems totaling 176.5 kilometers in length.

“The integrated conservation and recovery activities conducted by RER are part of our commitment to supporting national forest restoration initiatives and realizing one of the government’s priorities, namely carbon net sink from Forest and Other Land Uses (FoLU) sectors by 2030,” says Nyoman Iswarayoga, External Affairs Director of Riau Ecosystem Restoration.

Moreover, the program’s commitment to restoring and conserving forest, while also engaging with local communities, has helped to eradicate forest and land fires in the RER area Kampar Peninsula, with zero incidents in the last eight years.

In 2021, peat land research center Eco-Research Camp became fully operational in the Kampar Peninsula. The center is expected to provide a hub for exploration, education, and collaboration in the region, to advance knowledge and raise awareness of tropical peat swamp landscapes in Indonesia.

Sihol Aritonang is President Director of PT Riau Andalan Pulp and Paper (RAPP). He has noted that RER’s achievements are an integral part of APRIL Group’s commitment to sustainable forest management. They are also aligned with the company’s production-protection model, which integrates economic and social development with environmental protection.

“RER is a true reflection of APRIL Group’s support for ecosystem restoration and biodiversity in Indonesia, along with the government’s efforts to control climate change by reducing carbon emissions,” explained Sihol.

He added that APRIL Group’s dedication to supporting landscape restoration was illustrated by the launch of the APRIL2030 commitment in November 2020. With APRIL2030, the company continues its commitment to investing in the environmental sector, by using S1 USD from every ton of plantation fiber used in production to finance restoration and conservation activities.

Through partnership and cooperation programs associated with APRIL2030, the company is able to strengthen its support for the protection of wild animals in Indonesia, including those listed as Critically Endangered. The APRIL2030 commitment is also intended to deliver positive impacts to nature, climate, and environment, while still driving sustainable growth for the company.