Cockatoos and Parrots: What is The Difference?

Parrots and cockatoos have always attracted people due to their capacity to imitate human speech, making them popular pets. But aside from human-like tendencies, what else distinguishes these unique birds? Do parrots and cockatoos belong to separate species? Are they really the ideal pets for your households?

Intelligent bird order
From the tiniest pygmy parrot to the largest macaw, to all the variously sized parakeets and cockatoos, they all belong to the family Psittacidae of parrots and related birds. Psittacines, or parrots, are birds of the order Psittaciformes, which includes around 398 species in 92 genera and is found mostly in tropical and subtropical climates. Psittacines comprises three main superfamilies: Psittacoidea (“true” parrots), Cacatuoidea (cockatoos), and Strigopoidea (New Zealand parrots).

Cockatoos have a significantly smaller range than real parrots, existing natively in Indonesia, Australia, the Philippines, and parts of the Pacific. Meanwhile, all tropical and subtropical continents and areas, including Australia and Oceania, South Asia, Southeast Asia, Central America, South America, and Africa, are home to members of the parrot family. 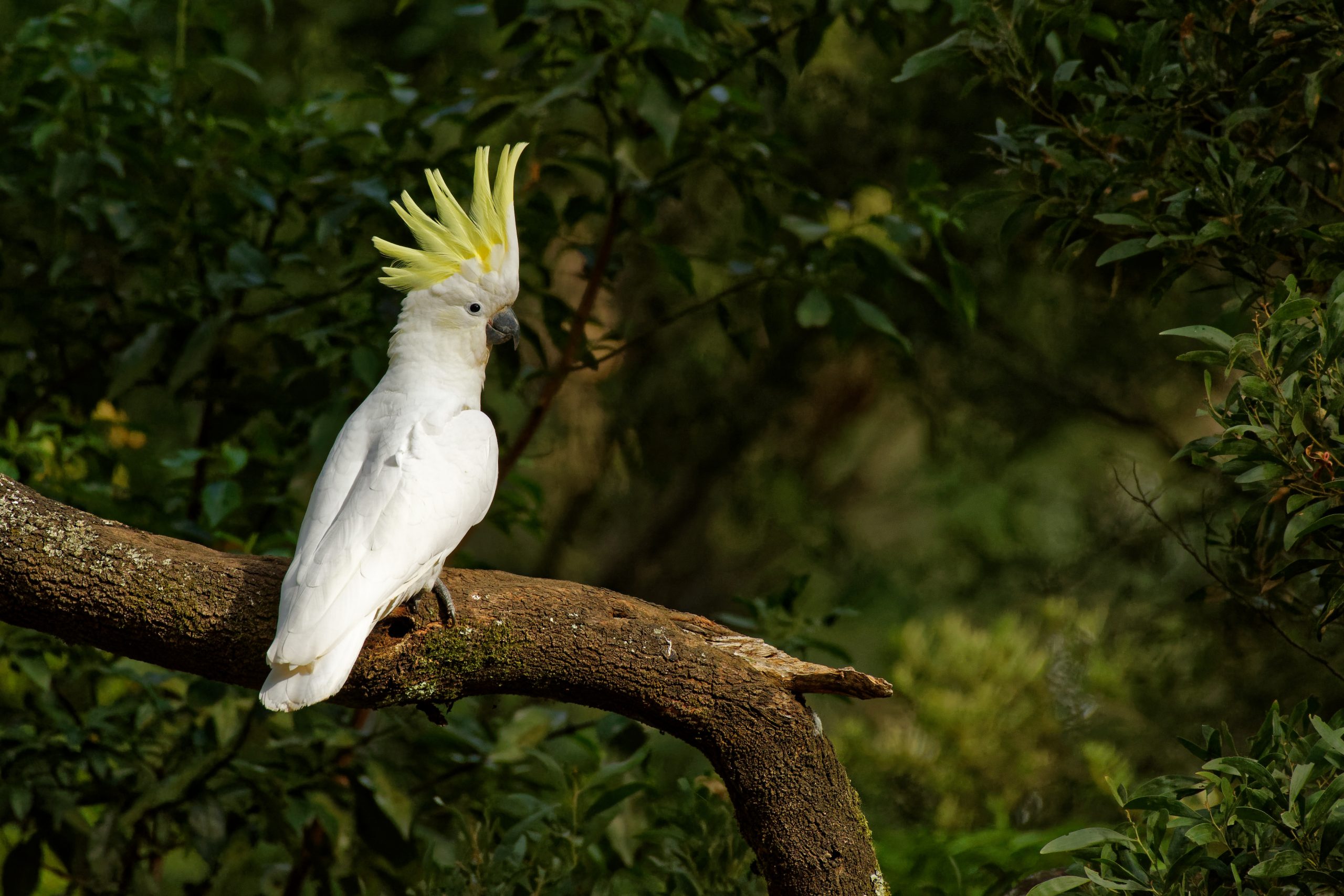 Cockatoos are known for their loud and grating calls. This vocalisation functions as a way for members of a flock to identify one another, warn of danger, express their emotions, stay together, and protect their nests, among other uses.

Characteristics and behavior
Cockatoos are visually and behaviourally distinct from other parrots. Cockatoos have an adjustable feather crest on the top of their heads. Experts argue that the crest is raised when the bird is showing off, giving a greeting or during jumping and dancing. In general, the crest is used to make the cockatoo look bigger, and no other Psittacine species is capable of doing so.

But all parrot superfamilies have strong zygodactyl feet with long, sharp claws that they use to climb and swing. In combination with higher intelligence, this digit configuration confers better object manipulation allowing some species to engage in complex tool use.

For most true parrots and cockatoos, seeds are their essential food. It’s mainly because their huge and strong bill has developed to open and ingest hard seeds.

Parrots have an upside-down sense of taste, which is one of their fascinating characteristics. Although they have taste glands at the back of their necks, the bulk of their taste buds are on the roof of their mouths. So, all true parrots use the same method to get the seed out of the husk: they hold the seed between their beaks, and the lower beak breaks the husk. The seed is then spun in the bill, and the rest of the husk is taken off. 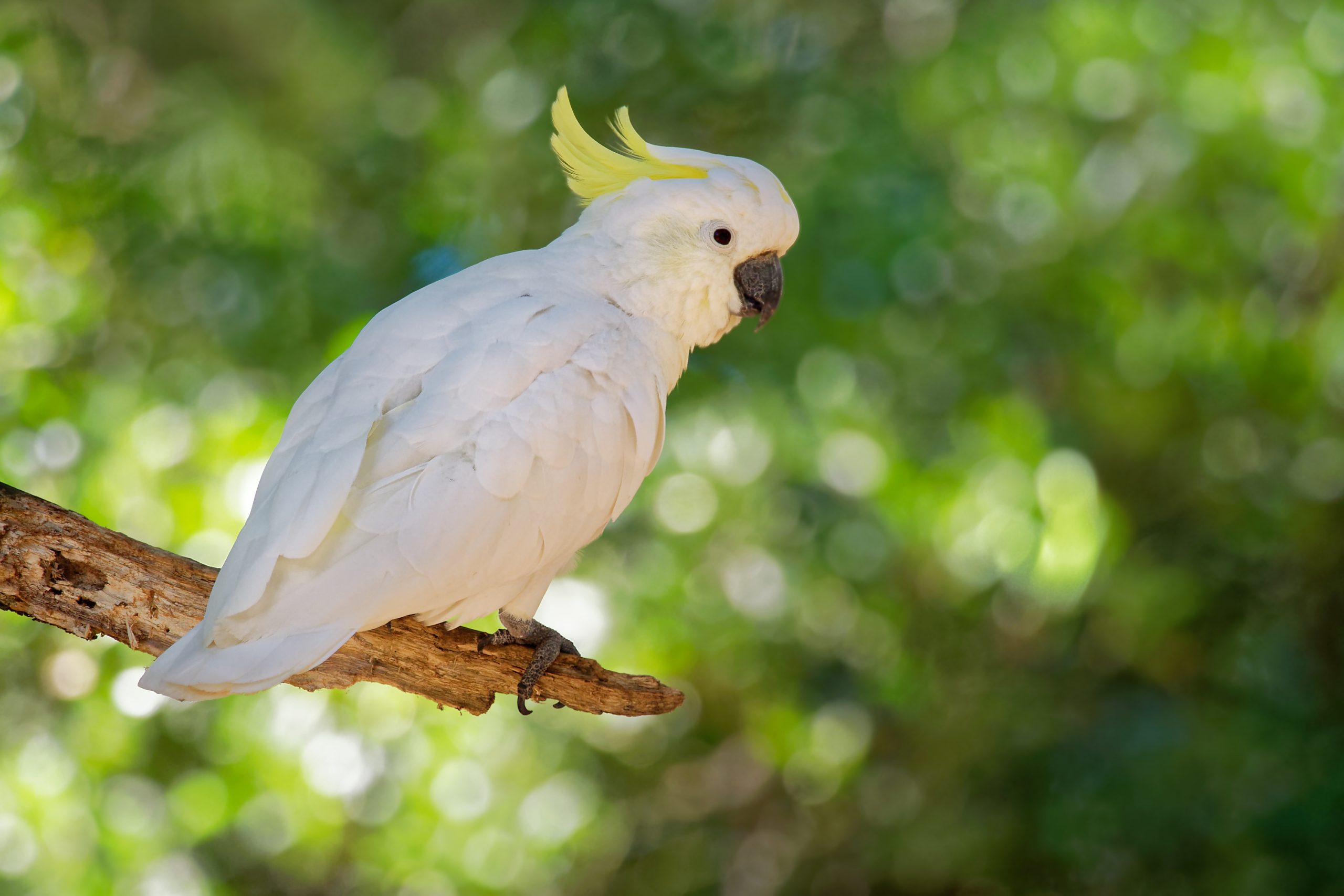 Cockatoos have an adjustable feather crest on the top of their heads.

Intelligence and learning
Parrots are considered the most intelligent of birds, other than crows, ravens, and jays (family Corvidae). Psittacines and corvines have brain-to-body size ratios equivalent to higher primates. This is why some people believe that parrots are the closest birds to resembling little humans covered in feathers.

Early childhood learning seems to be critical to all parrots, and much of that learning is social learning. Siblings are often used to train social relations. Play is an important aspect of learning in parrots, whether alone or in groups. To practice predator avoidance, species may engage in mock battles or wild flying. Foraging is often taught by parents and may be a time-consuming process.

Just like humans during the first 1,000 days of life, young birds that receive insufficient stimulation may develop destructive behaviour.

Voice
Cockatoos are known for their loud and grating calls. This vocalisation functions as a way for members of a flock to identify one another, warn of danger, express their emotions, stay together, and protect their nests, among other uses. To a greater or lesser extent, and with different numbers of sounds, different species communicate with one another. Several kinds of cockatoos make a distinct hissing sound when they feel threatened.

Parrots don’t have vocal cords. Instead, they make sounds by pushing air out of an organ called the syrinx, which is at the mouth of the trachea. Various sounds are made by changing the depth and shape of the trachea. Grey parrots have been popular pets since ancient times because they are very good at imitating sounds and human speech.

Although most parrot species can mimic human speech, certain Amazon parrots are widely recognized as the parrot world’s finest imitators and speakers. The mystery of why parrots and cockatoos mimic remains unsolved, but those who do often do very well on tests meant to assess problem-solving skills. 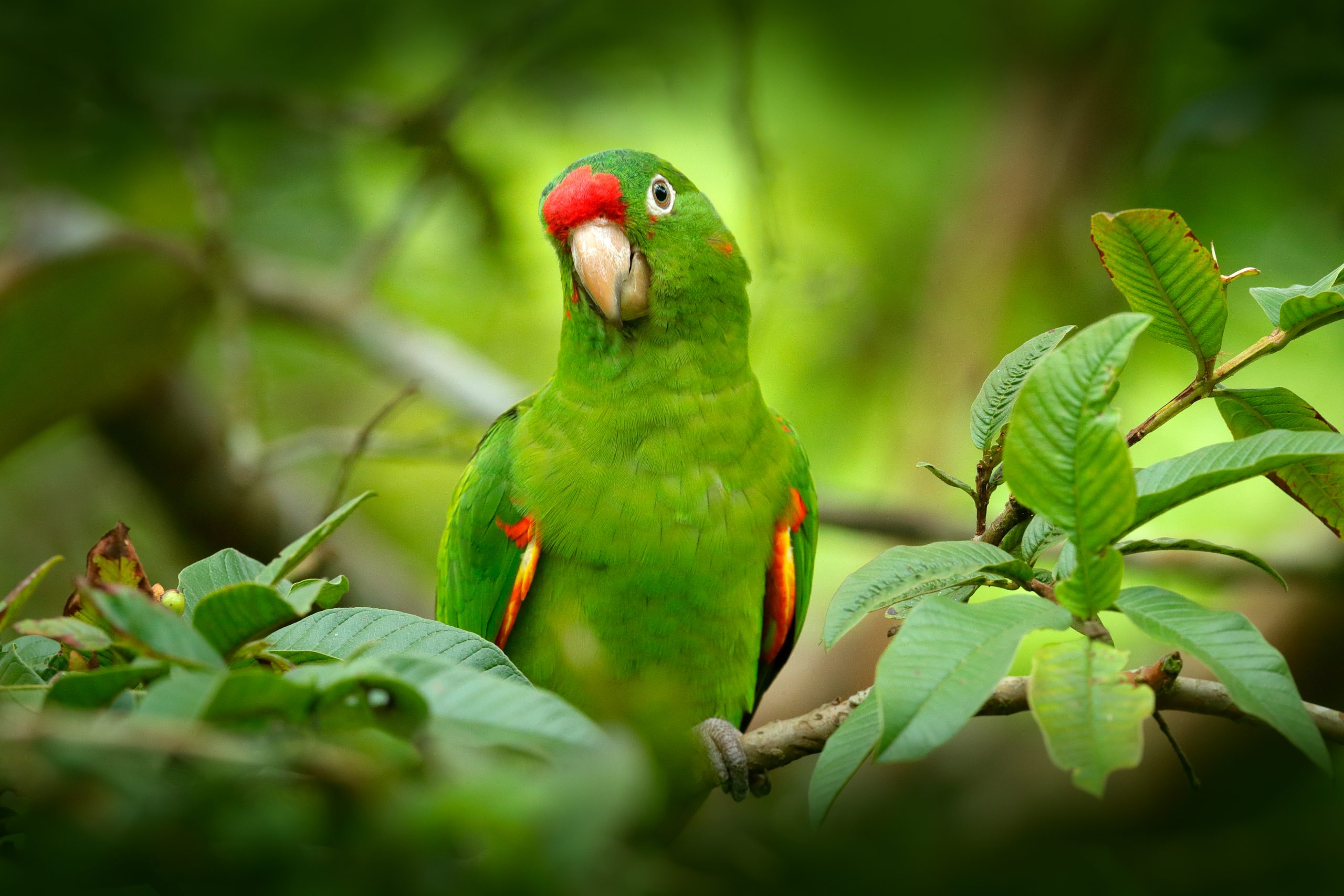 Parrots are considered the most intelligent of birds, other than crows, ravens, and jays (family Corvidae).

Pets
Although parrots are becoming more popular as pets, many individuals may find that their untamed nature makes them unsuitable companions. Adult parrots may lack the playful personality they had as young birds.

Because of their spectacular looks and talents, the trade in parrots has flourished—though some portions of it are illegal, since many traded species are illegally sourced. Some species of parrots are in danger of extinction due to human activities like the capture of wild birds and the destruction of their natural habitats.

The illicit trade in parrots is dealt with in a variety of ways from country to country. In 1960, Australia passed a law prohibiting the export of any of its native birds. It is against the law in Indonesia to possess, kill, or sell a wild-caught yellow-crested cockatoo (Cacatua sulphurea).

According to the IUCN Red List, of the 398 species of parrots that have been identified, 55 are vulnerable, 39 are endangered and 18 are critically endangered. RER is actively monitoring bird species diversity through monitoring activities like the Asian Waterbird Census, Raptor Watch and are consistently adding new species records  for the Kampar Peninsula each year.

(Bahasa Indonesia) Kura-kura vs Penyu, Tahu Bedanya? June 8, 2022
Komodo Dragons vs. Monitor Lizards: Can You Spot the Differences? April 29, 2022 Komodo dragons and monitor lizards are arguably some of the most famous reptiles. Can You Spot the Differences? Read more here!
Sloths vs Slow Lorises, Are They Related? February 11, 2022 You’ve probably seen viral videos or social media memes featuring sloths and slow lorises. But how much do you know about these animals? How can you tell them apart? Read…
Back to Media Centre