Why water levels matter for RER?

Peat swamps like RER are around 90 per cent water and 10 per cent organic solids, but the water level matters. Too little water and the organic matter trapped in the swamp starts to decompose, emitting methane and carbon dioxide into the atmosphere.

It’s for these reasons that the RER team actively manages the water levels in the restoration area, and is making steady progress in restoring the hydrology of the concessions located on both the Kampar Peninsula and Padang Island.

Monitoring Hydrology Conditions
One of the key aspects in assessing the hydrology condition in RER is through monthly water table monitoring. A series of dip-wells are inserted into the peat soil to monitor water table levels.

RER also actively blocks old drainage canals, which were dug in the past by illegal loggers to allow them to transport logs out of the forest. These canals can be up to nine metres wide and dry out the peat, making it more prone to subsidence and fire. 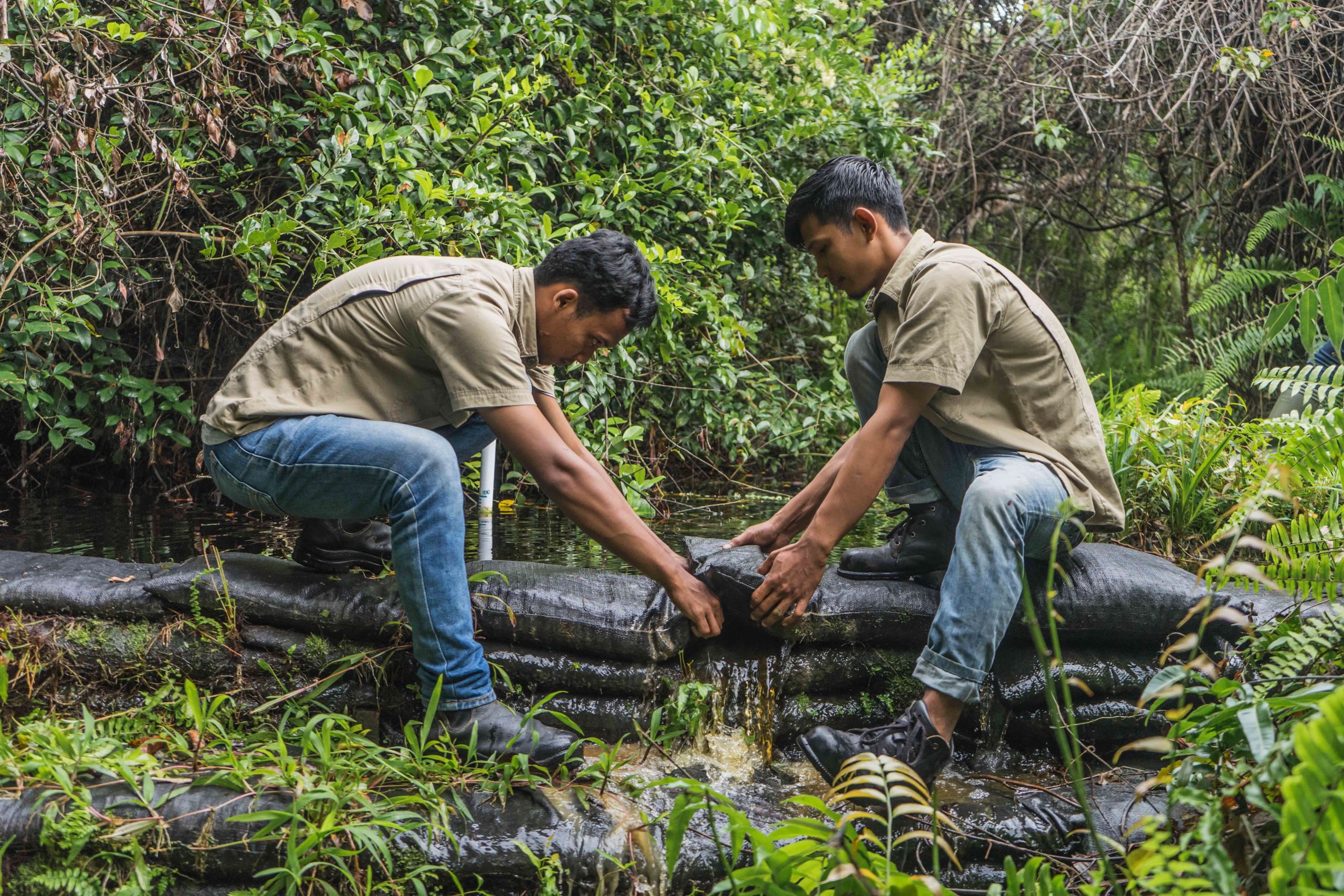 IN ITS NATURAL STATE, A TROPICAL FORESTED PEATLAND IS COMPOSED OF OVER 90 PERCENT WATER.

Since 2015, RER has been working to close these old drainage canals to maintain hydrology condition within normal seasonal fluctuations. As there are no roads, RER’s canal blocking team carry 30kg sandbags by hand through the forest, sometimes for miles, in order to construct the dams.

To block a small canal, the team needs at least 50 sandbags which need to be replaced in 10 years. Some dams even take weeks to build, depends on the size of the canals and how deep into the forest the team need to go.

To date, RER teams have identified 48 canal systems stretching 211 km across the RER restoration concessions. The goal is to restore water control at 40cm elevation intervals along the entire canal network by 2025.

Over the course of five years, 72 percent of the goals have been achieved by constructing 79 dams to close 29 canal systems which are 158.2 km in length, impacting 8,920 ha on the Kampar Peninsula and Padang Island.