All You Need to Know About Peatlands

Soils constitute the foundation for agricultural development, essential ecosystem functions and food security. They hence are vital to sustaining life on Earth. There are different soil types, but in Restorasi Ekosistem Riau, we only have one type: peat, also called organic soil.

PEAT SOILS ARE FORMED BY THE NATURAL ACCUMULATION OF PARTIALLY DECAYED BIOMASS AND ARE THE LARGEST RESERVES OF TERRESTRIAL ORGANIC CARBON. 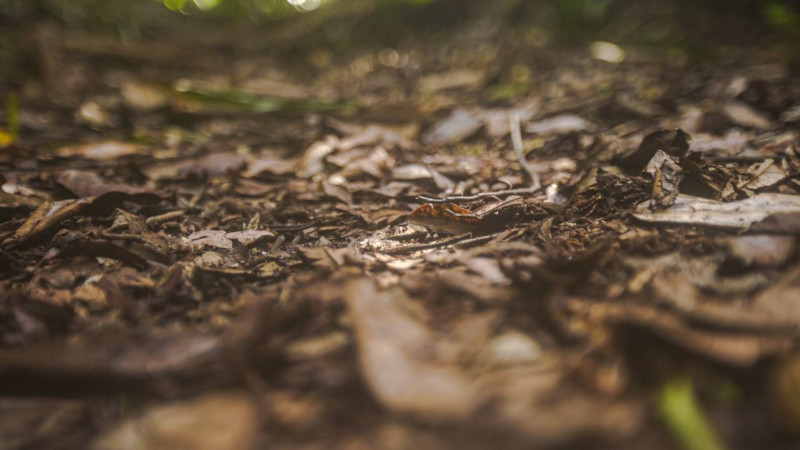 Peat soil is very important. It only consists of three percent of terrestrial land but it stores nearly 30 percent of soil carbon. Peat-swamp forest also provides important ecosystem services such as flood control, clean water supply, and food. It is also one of the most diverse and rich ecosystems in the world.

Peat itself is an organic layer of soil that consists of decomposed organic matter usually derived from plant material. In its natural state, a tropical forested peatland is composed of over 90 percent water and 10 percent solids. Peat forest can only source its water from rainfall.

There are several variations of peatland landscapes, from temperate blanket mires with open and treeless vegetation in Scotland to swamp forests in Southeast Asia.

UPROOTED SEEDLINGS AND CUTTINGS ARE THE MOST COMMON SOURCES OF SEEDLINGS IN RER. 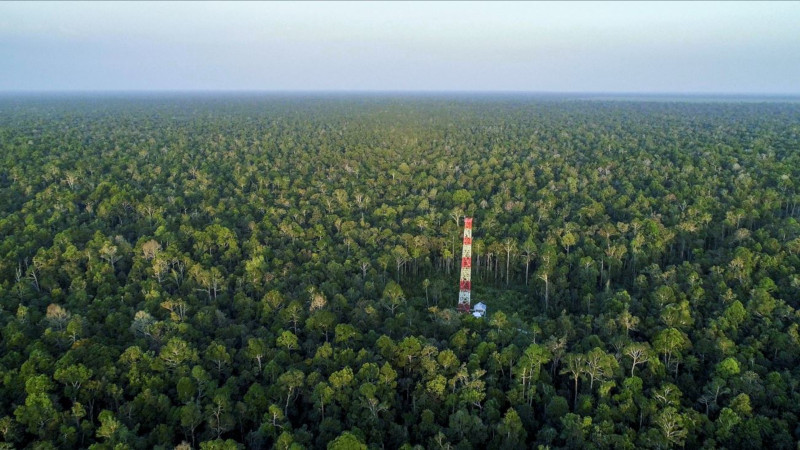 Greenhouse Gas (GHG) Flox Tower, help us to understand the role that RER’s forest plays in maintaining our atmosphere

The depth of peat affects the amount of carbon stored and the types of plants that can grow on it. The deeper the peat level, the more carbon content inside the peat; therefore, if a deep layer of peat dries out or burns, it will release a massive amount of carbon. RER concessions cover an area more than twice the size of Singapore, and have peat depth ranges from 0 – 11+ meters.

What is so special about peat?

Peat soil contains nearly 30 per cent of all the world’s soil carbon, despite covering only three per cent of terrestrial land.

Since peatlands play a considerable role as carbon sinks and biodiversity hotspots, damaged peatlands will be a significant source of greenhouse gas emissions. Drained peatlands are responsible for almost 5 per cent of global anthropogenic CO2 emissions.

Draining peatlands also reduces the quality of drinking water as it becomes polluted with organic carbon and pollutants that have been absorbed within peat for centuries.

Moreover, damage to peatlands may lead to biodiversity loss. The decline of the Bornean orang-utan population by 60 per cent within 60 years is one of the examples of biodiversity loss caused by the loss of peat swamp habitat.

Before RER, the forested peatland of Kampar Peninsula and Padang Island was subjected to unsustainable commercial and illegal logging, land claims, forest encroachment, slash-and-burn land clearing, not to mention wildlife hunting and trade. Furthermore, previous land managers and illegal loggers excavated canals to drain the water-rich peatland, allowing access and transporting timber and forest conversion. Many parts of the landscape degraded or dried, which increased the chance of fire.

What can be done?

We also restore severely degraded peat forests through active natural regeneration and biodiversity surveys to understand better the wildlife utilizing the forest so that we can determine a strategy and approach to restoring the forest to its natural balance.

Peat Forests: All You Need to Know Before You Go December 29, 2022 Peat Swamp Forest provide essential habitats for a variety of wildlife. What to prepare before you visit a peat forest?
Ecosystem Restoration: Meet the 5 Wild Cats Found in Riau September 8, 2022 RER team has discovered five wild cat species within the restoration area. Let's get to know them a little better.
Turtle vs Tortoise, Can You Tell the Differences? June 8, 2022 Did you know that these animals have scientific distinctions? The fact is, tortoises are turtles, but not all turtles are tortoises. Read more here to know the differences!
Back to Media Centre