Have you ever thought of what would happen if all the water in the world dried up?

There would be famine, desertification, loss of agricultural crops, and mayhem in the global climate system. For RER it would be catastrophic. The peat will dry up and will be more prone to fire, potentially releasing gigatons of carbon into the atmosphere. The ecosystem will also collapse, causing havoc to the biodiversity. Not to mention the communities living around RER: they will lose their source of livelihood due to the collapse of the forest ecosystem. Water is, undoubtedly, the source of life. 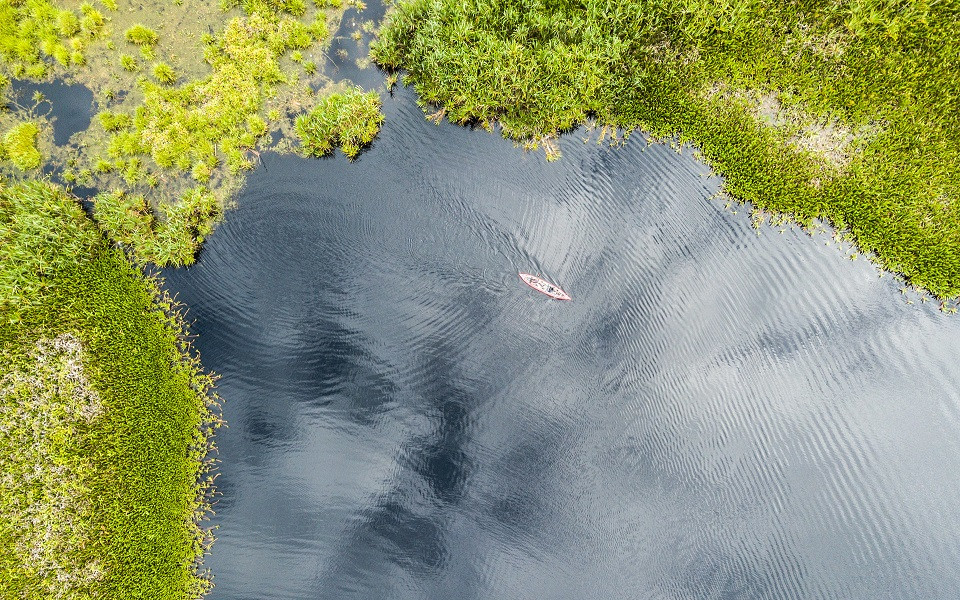 We often take water for granted, over using and polluting it. We might even think that because the oceans are so big, it’s impossible for the planet to run out of water. Truth is, according to the United States Geological Survey, a person uses approximately 80-100 gallons of water a day1.

Humans have to stay hydrated, so we usually drink throughout the day. Humans also care about their hygiene, so we shower 1-2 times a day, and sometimes for longer than we need to. We flush the toilet, wash the dishes, clean the car(s), do the laundry, mop the house, bathe the pets, cook, and so many other things that involve the use of water. With the COVID-19 pandemic, we also use water to wash our hands more frequently to prevent the spread of the virus.

Now that these things have been taken into consideration, what is World Water Day?

On December 22, 1992, the United Nations General Assembly adopted a resolution which marks March 22nd as International World Water Day. It was first observed in 1993, in which states were invited to promote public awareness and development of water resources2.

According to the United Nations, World Water Day raises awareness of the inaccessibility of clean water for 2.2 billion lives all over the world, in which its goal is to take action to tackle the water crisis globally. World Water Day is also in line with the UN Sustainable Development Goals (SDGs) number 6, which is water and sanitation for all by 2030. This year, the theme for World Water Day is “Valuing Water”, in which the goal here is to remind people of the importance of water and what can we do to save it3.

The value of water for RER

RER is located in peat swamp forest which naturally needs a lot of water to function ecologically. Tropical peat swamp forest soils are composed of 90% water and 10% organic solids. Peat forests store around 30 percent of global carbon in their soil, and to lock all of that carbon the peat needs to be flooded or at least moist. The RER area is especially important because of the significant contribution to climate change mitigation, through the storage of more than two gigatons of carbon.

Moreover, an ecologically functioning RER forest provides home and sanctuary for around 800 species of plants and wildlife, many of which are critically-endangered. There are also around 40,000 people living in the areas surrounding RER that depend on the forest for their water and livelihoods.

40,000 people living in the areas surrounding RER that depend on the forest for their water and livelihoods.

That is why RER never takes water for granted. We use a range of hydrology restoration techniques to manage the water in our forest.

Before the establishment of RER in 2013, much of the Kampar Peninsula and Padang Island had been degraded by decades of commercial and illegal logging. These activities removed large trees and created networks of canals and rails to transport logs out of the forest. Typically, the canals were 1-9 meters wide and 50-150 centimetres deep. These canals drained water, causing peat subsidence and making the forest vulnerable to fire as the peat dried.

Since 2015, RER has been working on closing the old drainage canals in order to maintain peat moisture within normal seasonal fluctuations. The overall objective of this work is to re-wet the peat, retaining water in the soil during dry seasons in order to minimise oxidation and subsidence.

And to assess the impact of canal closures on peat water table levels, RER teams conduct water monitoring through manually measured dip-wells. The well locations are established on multi-kilometre transects across the terrain, from river edges to deep in the forest. Water table levels are measured every one-to-three months. The data collected allows RER teams to monitor the trends of seasonal water levels and the success of its hydrology restoration efforts. So far, due to these efforts we have recorded zero fires in RER on the Kampar Peninsula for more than six years, and the “greenness” of the forest has also improved, signaling a healthier condition.

In the end, valuing and saving water is worth it. Let’s start valuing water by not using it excessively! Let’s aim to use water for sustainable development and a better, safer world.

Take a Moment to Appreciate Bees on World Bee Day May 23, 2022 To appreciate these industrious insects, let’s learn more about the essential role they play and discover some amazing facts about our fuzzy, flying friends.
On Earth Day, Let’s Invest in Knowledge about Our Planet April 22, 2022
International Day of the Tropics, Why is it Important? June 29, 2021
Back to News