While chili was rather successful in increasing the farmers’ incomes at first, pests and plant diseases have recently affected production.

“We now see there is a need for pest breakers – plants which help other plants to grow, such as how the pungent odour of ginger plants grown alongside chili plants will help to keep pests away from the chili plants.

“We considered watermelons, yellow cucumbers, luffas and melons, and found melons to be most economical, as melons are not only easy to market, but it is a crop that can be easily harvested after just two months,” said Syaeroji, BIDARA Community Organiser. 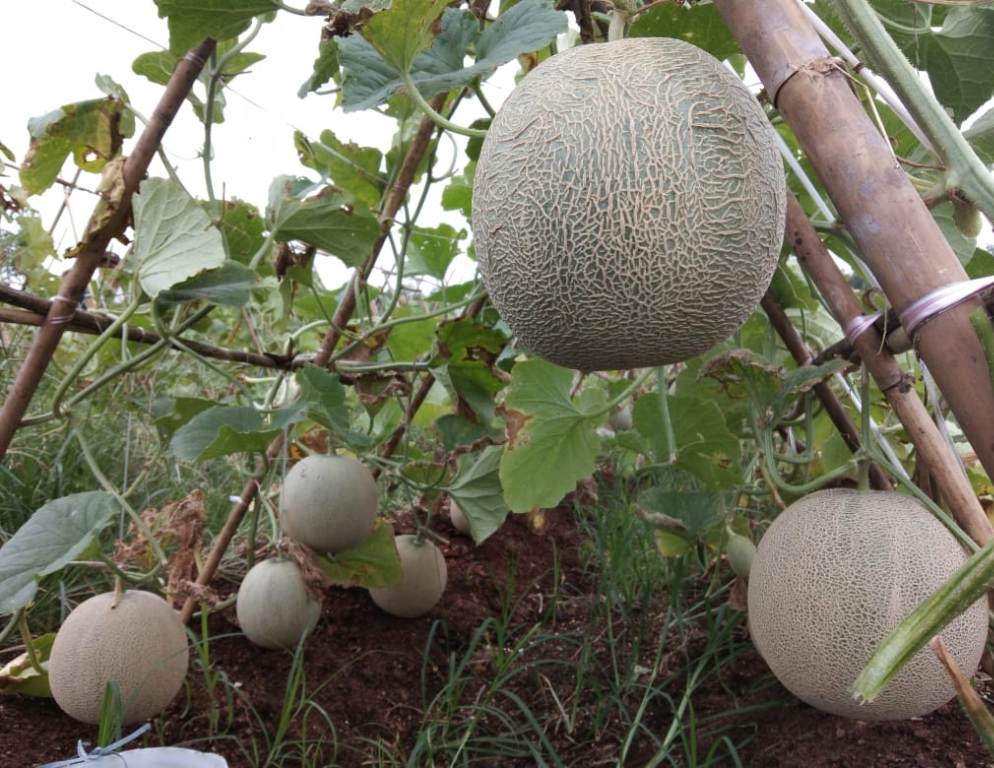 Restorasi Ekosistem Riau (RER) continues to assist the community of Sangar sub-village in Kampar Peninsula in improving their economic situation, with the development of new crops that the farmers in the village are able to grow and sell

RER and BIDARA assisted two Maju Bersama farmers, Acok and Mansyur, who were the first ones to try melon planting in Sangar.

“It’s just that for melon planting, we also add fertiliser that contains calcium during the ripening period to increase the melons’ sweetness.,” Acok explained.

Although the farmers were able to produce melons to sell in their first attempt to plant the fruit, the harvest of three tonnes was admittedly smaller than the 10 tonnes they were expecting.

“Still melon farming has the potential to increase the farmers’ group income, so we are in the process of learning and improving the formula required for treating the melon plants, so that the next harvest will be much bigger,” Syaeroji said.

He added that selling the melons was quite easy, and that the farmers transported the fruit themselves to markets in Kerinci and Sorek to be sold.

Moving forward, he said, RER will continue to assist the farmers by developing other commodities, including cucumbers, eggplants and long beans.

By mitigating and preventing further forest degradation caused by human activity, RER hopes that the forests will be allowed to regenerate and restore naturally, without hindering the livelihoods of nearby communities.

Making Fishery Sustainable in RER November 30, 2021 Community participation and sustainable economic activity are vital aspects of environmental and biodiversity protection, especially on the Kampar Peninsula.
Tasik Lakar: A Lake at the Heart of Kampar Peninsula November 3, 2021 A healthy lake’s aquatic environment can be an integral part of an ecosystem restoration. Here are several lakes in Kampar Peninsula & How RER protect and restore ecologically.
What RER Forest Means for Surrounding Communities March 3, 2021 Every year, March 3 is celebrated as World Wildlife Day. This year the United Nations has selected “Forest and Livelihoods: Sustaining People and the Planet” as the theme to highlight…
Back to Media Centre