Woodpeckers are one of the most common groups of birds across the world, with more than 180 species found worldwide. 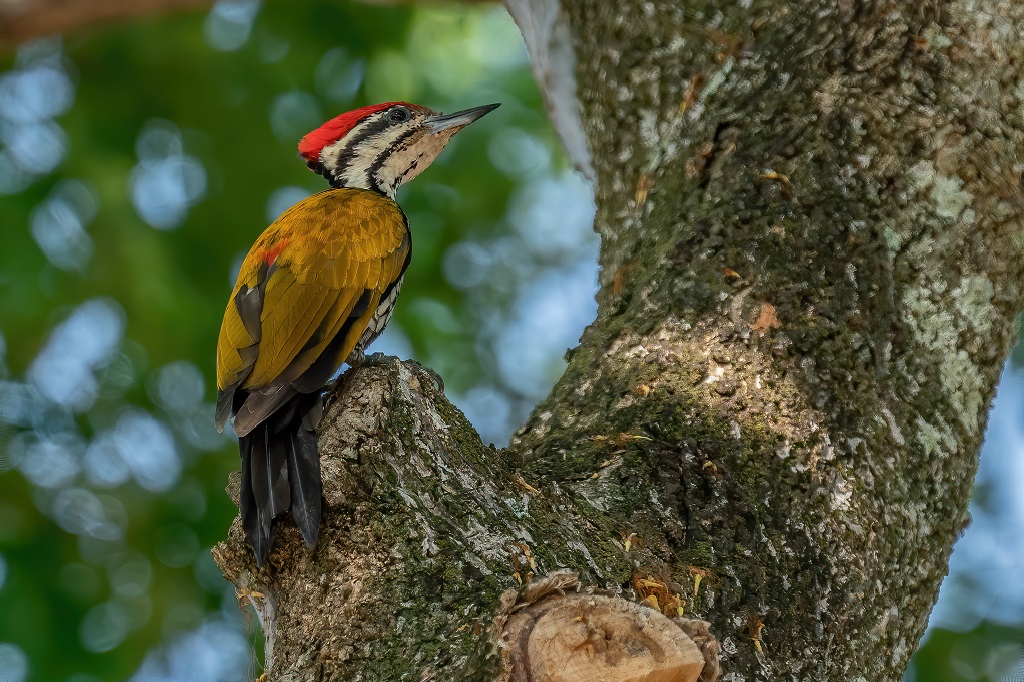 The Common Flameback Woodpecker. It has a flaming golden back and long, solid black moustachial stripes

All woodpeckers belong to the Picidae family, which comprises a group of near-passerine (tree-dwelling) birds. Although most woodpecker species reside in forests or woodlands, there are a few species which live in areas devoid of trees, such as rocky hillsides and deserts.

The most common plumage colour for woodpeckers are black, white, brown, red and yellow, although some can be orange, green and gold. Brighter colours tend to be more common in tropical woodpecker species, which reflect their surrounding habitat that can have many bright flowers and plants.

Many woodpeckers have zygodactyl feet – feet which have two toes facing front and two toes facing back. These feet, along with thick talons and stiff tail feathers, are characteristic in helping woodpeckers to brace and grip tree trunks in a vertical position. 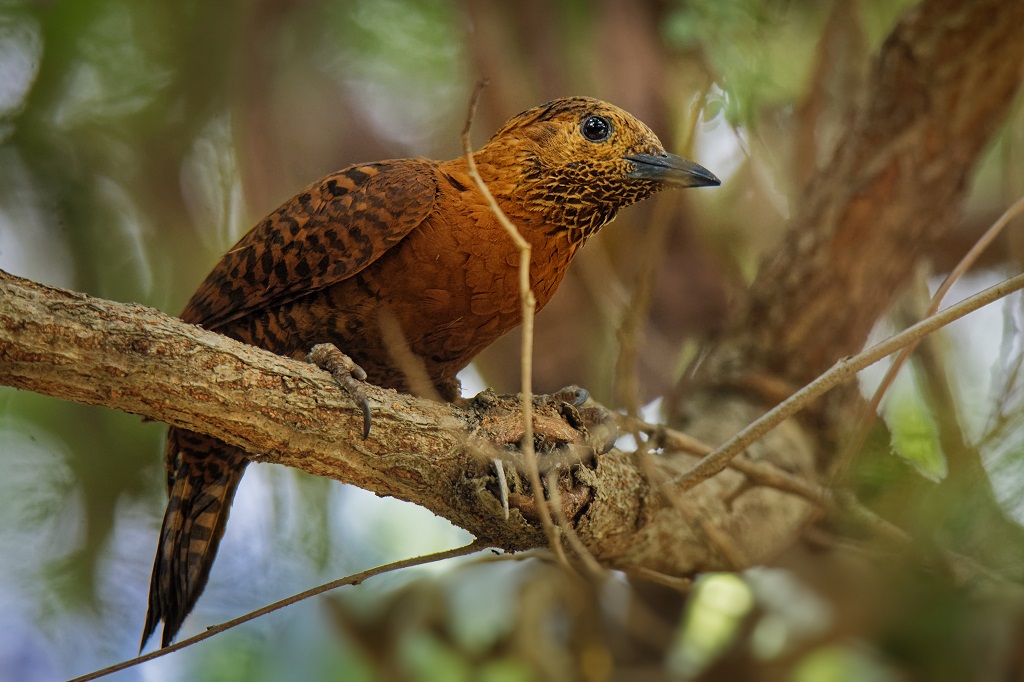 The woodpecker’s most distinguishable trait is of course its propensity for pecking, or drumming, on trees. Woodpeckers drum to get food, attract mates, establish territories, and communicate in general.

Both sexes regularly drum on trees, using their strong bills to peck at the wood.  The bills have sharp chisel-like tips which are naturally maintained due to the birds’ regular pecking action.

Woodpeckers can peck up to 20 times per second, or a total of 8,000 to 12,000 pecks a day. However, they are not bothered from the rapid pecking action due to their reinforced skulls, which are structured to spread the force of the impact, as well as highly cushioned brains which are protected from the repeated pecking impact.

Woodpeckers typically feed on insects and other invertebrates living under bark and in wood (which is why they drum on trees so much). Their diets include ants, termites, beetles, caterpillars, spiders, small rodents and lizards, which they excavate from dead or living trees.

Woodpeckers may also feed on fruit, nuts and sap. This is when their long barbed tongues comes in handy, making it easy for the birds to lick up sap and insects.

By constantly foraging for food in trees, woodpeckers are known to actually help to keep trees healthy and safe from bug infestation such as from wood-boring grubs.

Woodpeckers also make their homes in tree cavities in trunks or branches. Sometimes, their unused cavities are even used as homes or nesting areas by other wildlife species.

Like other members of the Picidae family, woodpeckers are usually monogamous: . A pair of woodpeckers will work together to help build the nest, incubate eggs and raise the young.

A clutch typically consists of two to five round eggs, which are incubated for about two weeks before they hatch. It then takes about 18 to 30 days before the chicks are ready to leave the nest and fend for themselves.

Woodpeckers are the only bird family to have significantly few species who are at risk of extinction. However, several species are under threat due to habitat destruction caused by deforestation or land clearance activities around the world.