Meet the White-winged Duck (Asarcornis scutulata), a bird which belongs to the Anatidae family.

Besides Indonesia, where it is known as Mentok rimba, this bird is also native to Bangladesh, Cambodia, India, Indonesia, Laos, Myanmar, Thailand and Vietnam.

The White-winged Duck is one of the 304 species of birds which have been identified in the Restorasi Ekosistem Riau (RER) area, where it is observed to be a resident species.

Within the RER, the White-winged Duck is one of the only three bird species identified which hold an Endangered (EN) conservation status issued by the International Union for Conservation of Nature (IUCN). 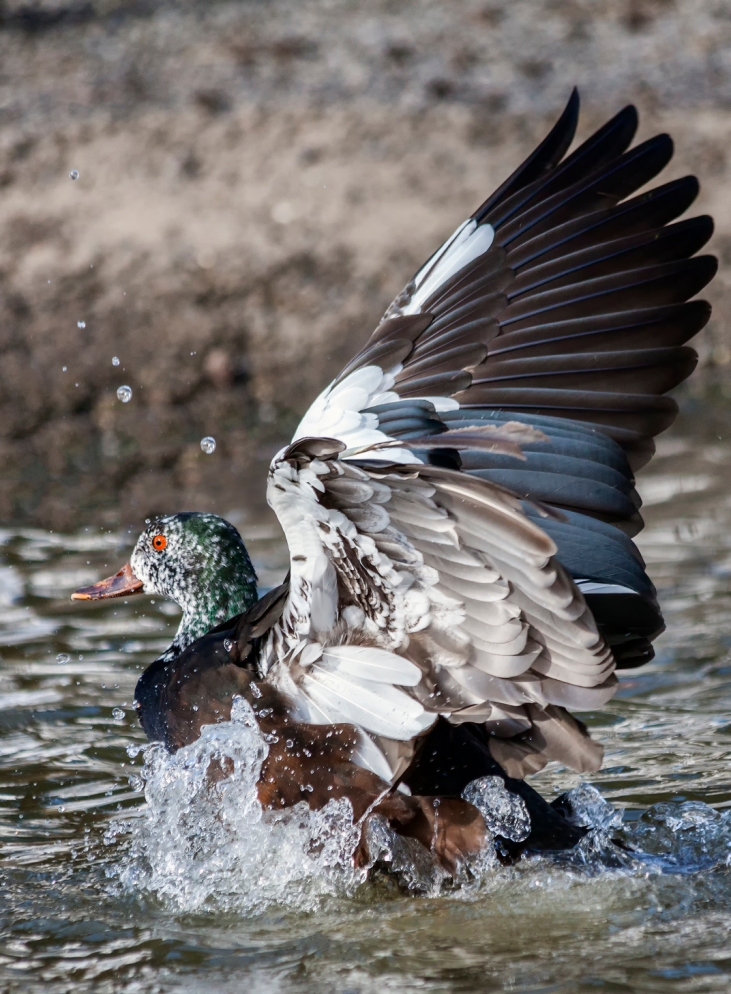 The White-winged Duck is one of the 304 species of birds which have been identified in the Restorasi Ekosistem Riau (RER) area, where it is observed to be a resident species (Source: Shutterstock)

It has a dark body which is usually dull brown in colour with a white head and neck. It has white wings when they are open, with only small patches of white visible when these wings are closed. Younger birds are generally duller and browner when compared to adults.

The White-winged Duck lives in dense tropical evergreen forests, near rivers and swamps. It inhabits stagnant or slow-flowing natural and artificial wetlands, which include quiet canals within mature plantations.

This bird tends to nest in tree cavities, and also lays its eggs in these holes. Females lay up to 16 eggs in a nest constructed in a tree hole, fork or hollow typically between 3 and 12 metres above ground.

The incubation period lasts 33 days, and the hatching is timed with the start of heavy seasonal rainfall. Chicks mature after about 14 weeks.

The White-winged Duck is a mostly omnivorous species, with a diet consisting of seeds, aquatic plants, grains, rice, snails, small fish and insects. It is a rather secretive species, with the known tendency to feed primarily at night.

The loud call of the White-winged Duck at night can sound like a ghost when heard from a distance. Due to this, the bird is known in India by the nickname ‘Deo Hans’, which means ‘Spirit Duck’ in Assamese, the language of the Assam people of north-eastern India.

As a result of ongoing habitat destruction and the species being hunted for its eggs, as food or as pets, the White-winged duck population is rapidly diminishing. Within Indonesia, there are only about 150 individuals estimated to be in Sumatra, and the species is protected under Indonesian law.

The White-winged Duck is also listed on Appendix I of CITES (Convention on International Trade in Endangered Species of Wild Fauna and Flora), an international agreement between countries which governs the international trade of wild animal and plant species.

CITES I species are those who are facing the threat of extinction.

The White-winged Duck is one of the 299 species of birds included in a bird checklist which was published by the RER in 2017.