Wildlife of RER: The Bearded Pig

Meet the Bearded Pig (Sus barbatus), a mammal which belongs to the Suidae family.

The Bearded Pig is one of the 73 mammal species which have been identified in the Restorasi Ekosistem Riau (RER) area within the Kampar Peninsula.

This pig has hair which grows along its lower jaw and resembles a beard – giving the animal its name as well as a defining characteristic which differentiates it from other wild boar species. 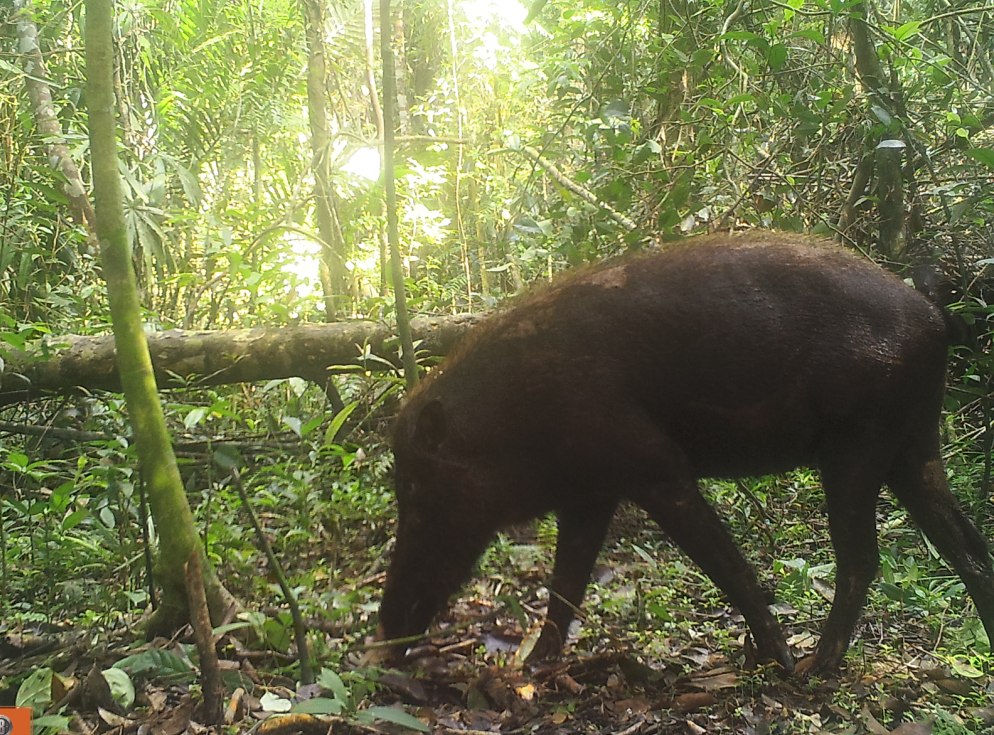 THE BEARDED PIG HOLDS A VULNERABLE (VU) CONSERVATION STATUS ISSUED BY THE INTERNATIONAL UNION FOR CONSERVATION OF NATURE (IUCN). IT IS ONE OF THE 17 GLOBALLY-THREATENED MAMMAL SPECIES IDENTIFIED IN RER

The beard of a young Bearded Pig will be blackish in colour, which becomes paler as it gets older. Adult beards are usually a mix of gray, yellow or white colours.

Young piglets are born with pale stripes all over its body. These stripes begin to fade and disappear as the Bearded Pig reaches the age of five weeks or when it begins to grow fur.

The Bearded Pig typically also has two pairs of wart-like bumps on both sides of its mouth, which are covered with long, stiff and whitish hair.

The species’ natural habitat is the forest, and it is a nomadic species, meaning a herd of Bearded Pigs will move to a new home which has more abundant food sources.

In Borneo, the Bearded Pig migrates according to the fruiting season of the Tengkawang Tree. In the past, a herd of up to 80 bearded pigs has been seen swimming across the Kampar River.

The Bearded Pig is steadfast when it comes to looking for food, particularly at night. The species can be commonly seen during the day as well, especially on a cool day. 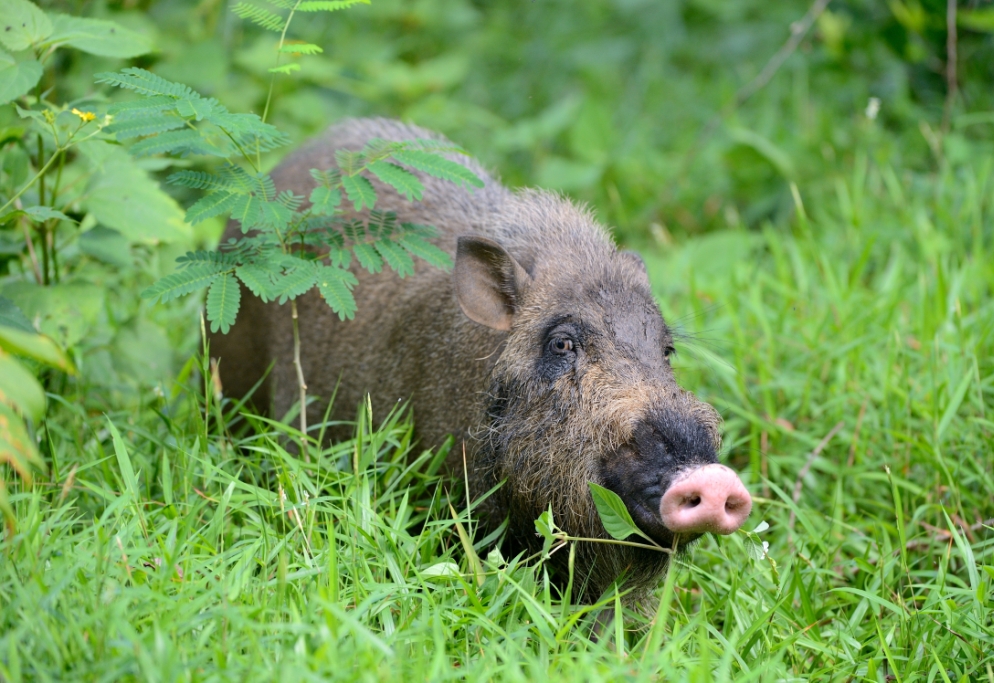 THE SPECIES HAS HELD VULNERABLE STATUS SINCE 2008, WITH THE IUCN RECORDING A DRASTIC CONTINUED DECLINE IN THE POPULATION LEVEL OF THE SPECIES, WHICH DROPPED TO 30 PER CENT IN JUST 21 YEARS

Bearded Pigs consume fallen fruit, grain, roots, and small animals which live in the soil such as worms and insects. They also scavenge dead animals, cleaning forests of rotten carcasses.

Female pigs are able to produce young as soon as they are 10 to 20 months old. When it comes to making nests, females have a more dominant role than male pigs. The female pig makes a nest with leaves and shrubs, where she will give birth to between three and 11 babies.

She will then look after the babies intensively until they are one week old. During this period, the female pig is very protective of her nest and can be aggressive against other species she considers to be intruders – even other bearded pigs.

In general, Bearded Pigs can live up to 13 years.

The Bearded Pig holds a Vulnerable (VU) conservation status issued by the International Union for Conservation of Nature (IUCN), meaning that it is a species with high risk of extinction in the near future. It is one of the 17 globally-threatened mammal species identified in RER

The species has held this Vulnerable status since 2008, with the IUCN recording a drastic continued decline in the population level of the species, which dropped to 30 per cent in just 21 years, the equivalent of three generations. The cause of this alarming condition is believed to be the species’ loss of habitat as a result of forest exploitation and degradation.

Unlike its cousin, the Eurasian wild boar (Sus scrofa), the Bearded Pig does not adapt well to non-forest habitats. Therefore, the Sus barbatus oi lost 62 per cent of its natural rainforest habitat on Sumatra from 1990 to 2010, causing its population to drastically erode.

The Bearded Pig is also hunted for consumption by many people in areas of Kalimantan.