Meet the Southern Pig-tailed Macaque (Macaca nemestrina), also known as the Sunda pig-tailed macaque and Sundaland pigtail macaque. The mammal, part of the primate order, is native to Thailand, Malaysia and Indonesia, where is known as Monyet beruk. 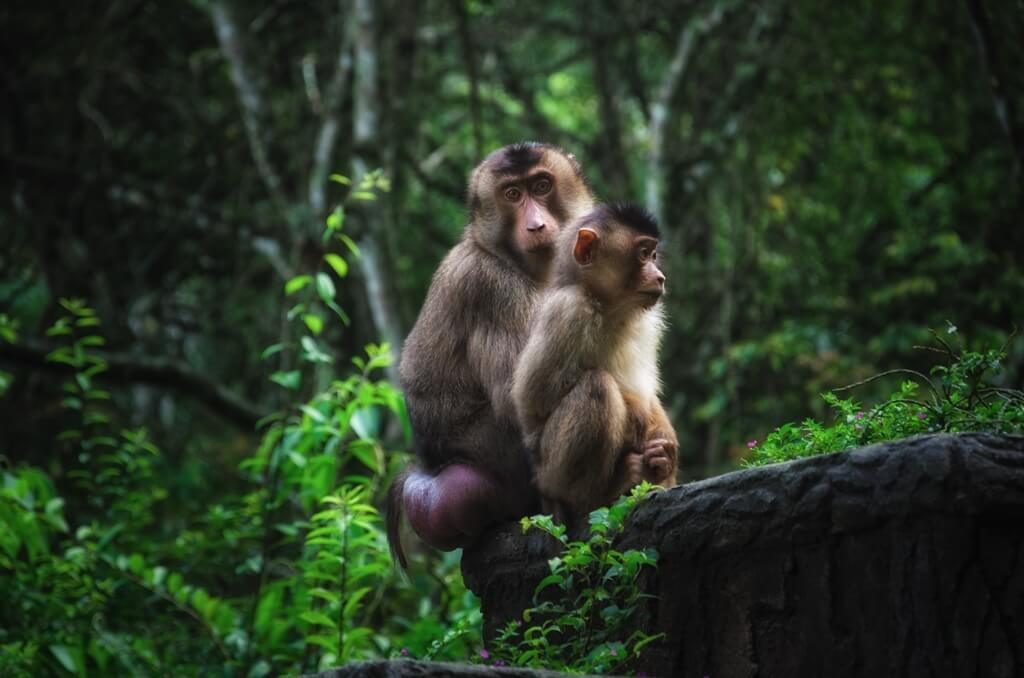 The Southern Pig-tailed Macaque holds a Vulnerable (VU) conservation status issued by the International Union for Conservation of Nature (IUCN). It is one of the only 12 Vulnerable mammals which have been identified in RER.

Pig-tailed macaques get their names from their tails, which stick up in the air and are the same size and shape as pigs’ tails. These tails have very little or no hair at all.

These monkeys are generally buff-brown in colour with a darker back and lighter lower parts of the body. They weigh between 5 and 15 kilogrammes. 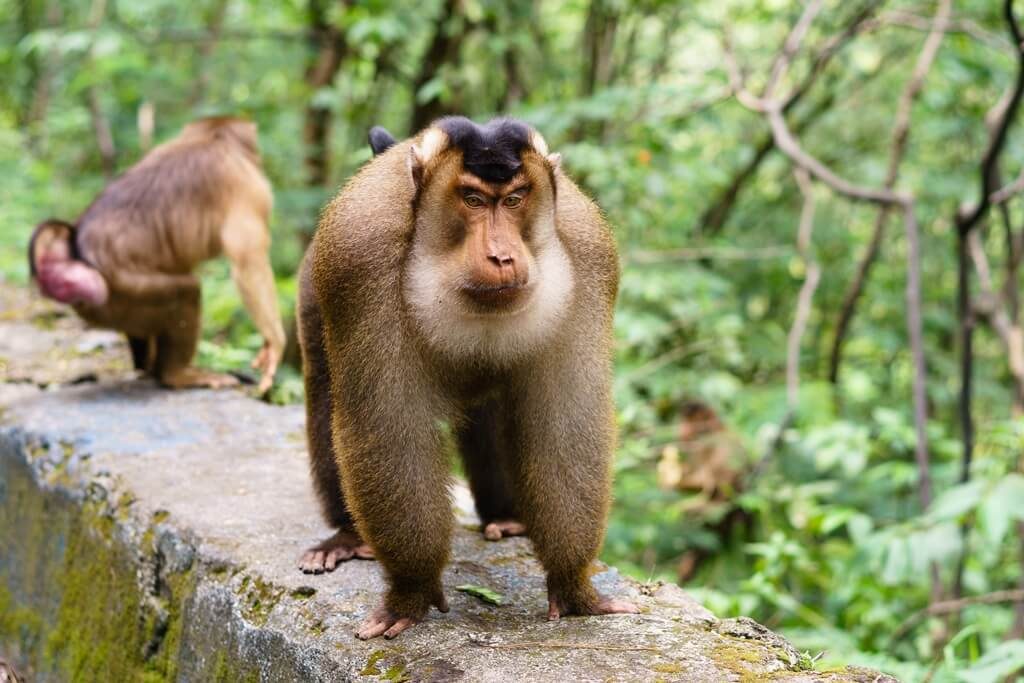 The Southern Pig-tailed Macaque is mostly found in rainforest, but it can also be found in plantations and gardens. It is a highly skilled climber, and scurries up trees rapidly to escape predators. It also sleeps in trees at night.

Unlike usual primates, the Southern Pig-tailed Macaque loves water. It’s also deemed to be a highly intelligent and mischievous species, as well as an uncharacteristically quiet monkey which moves through the forest quietly.

It is omnivorous, feeding mainly on fruit, seeds, fungi and invertebrates. 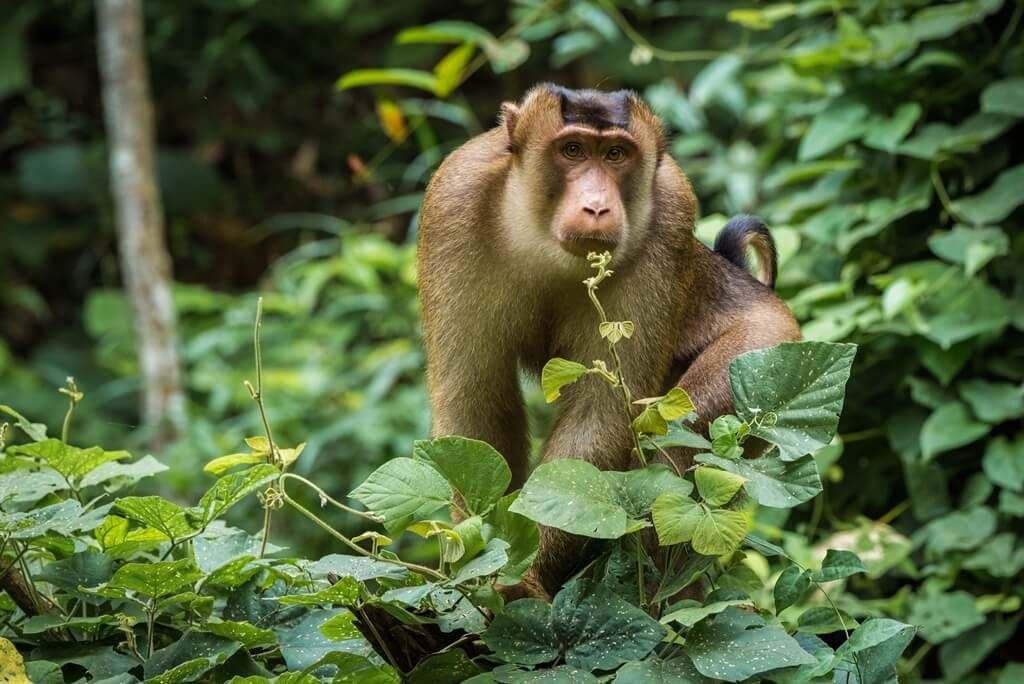 The Southern Pig-tailed Macaque lives in larger groups, which is split into smaller groups during the day when they are looking for food.  One of the distinguishing ways that this species communicate with each other is through puckering their lips. 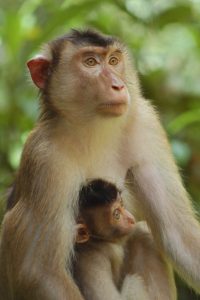 While adult males are generally dominant over adult females, female groups are capable of attacking adult males. Individual females well sometimes attack lower-ranking males with their female relatives, with the females viewing these low-ranking males as competitors for food, rather than as potential mates. 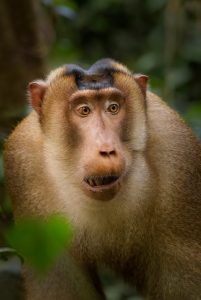 The Southern Pig-tailed Macaques reach sexual maturity at about three to five years old. They tend to breed year-round, with female gestation lasting about six months. The female gives birth to one infant every two years.

There are only about 900,000 pig-tailed macaques left in the wild. The main reason for their decline is habitat loss due to the deforestation of forests.

Humans are also predators to the species, as pigtail macaques are hunted for meat or captured as part of the exotic pet trade.