Meet the Milky Stork (Mycteria cineria). Besides Indonesia, where it is known as Bangau bluwok, this bird is also native to Cambodia, Vietnam and Malaysia.

Previously, the Milky Stork was considered a Vulnerable (VU) species by the International Union for Conservation of Nature (IUCN). However, due to a huge decline in its population, the IUCN elevated the Milky Stork to Endangered (EN) status in 2013. 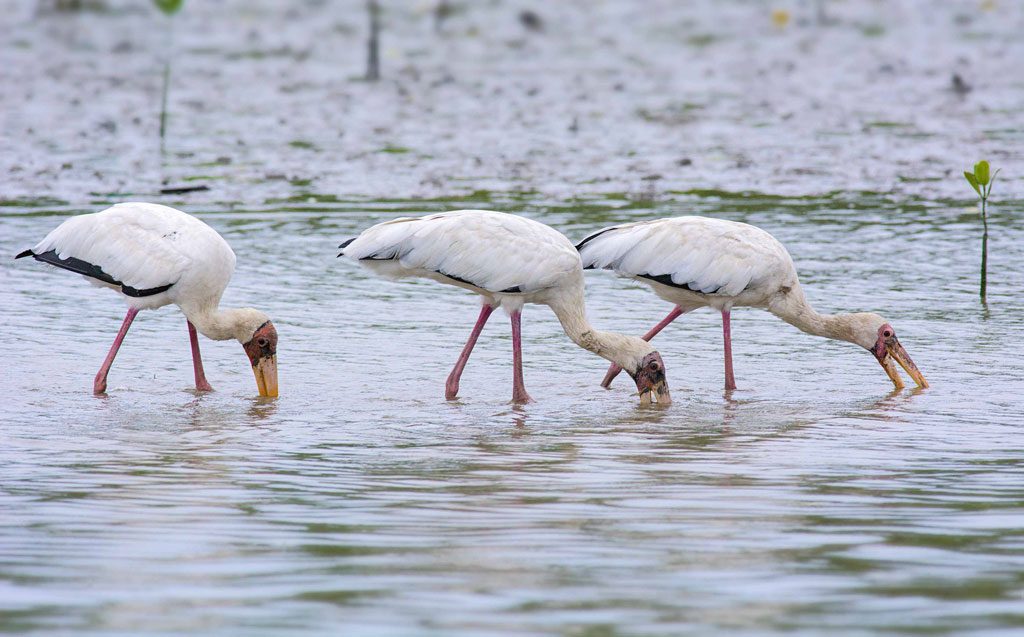 The Milky Stork is one of the 304 species of birds which have been identified in the Restorasi Ekosistem Riau (RER) area, where it is observed to be a resident species. In RER, it’s one of the three bird species belong to the Ciconiidae (stork) family. 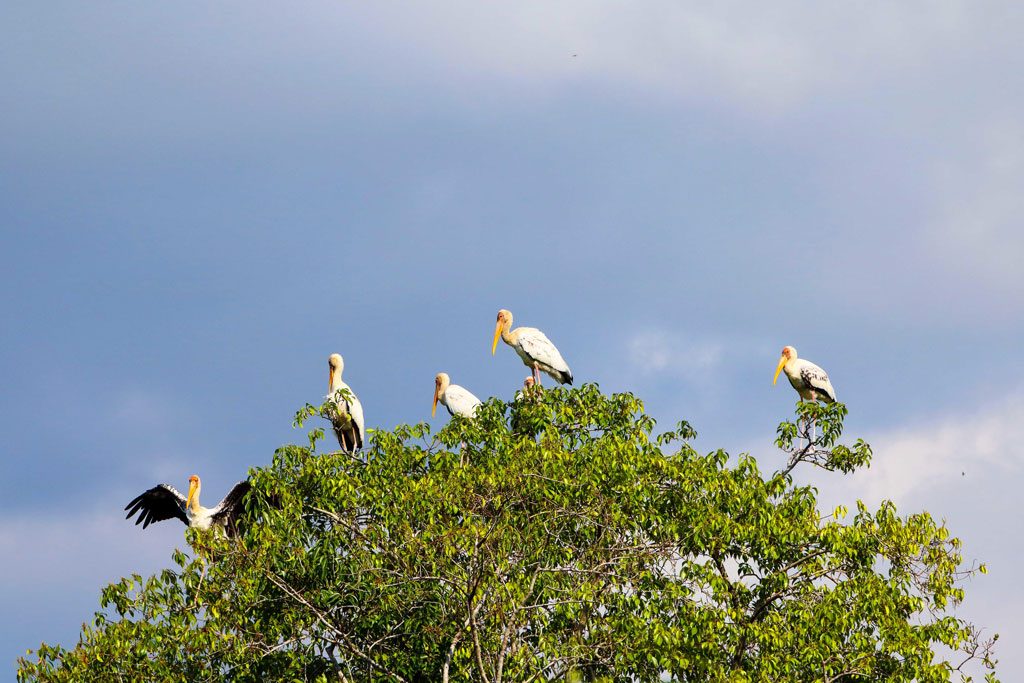 The Milky Stork is found predominantly in coastal mangroves. This bird has a diverse diet, feeding on small animals including shellfish, insects, fish and frogs. 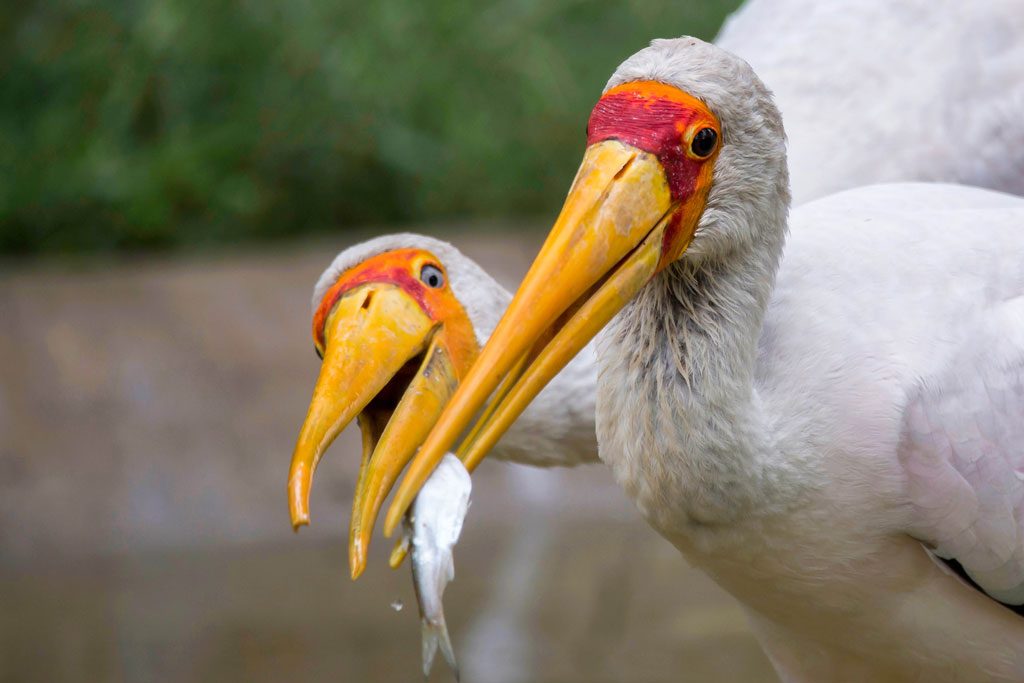 This stork has been observed to make use of several feeding mechanisms. Typically, it locates and captures prey by groping. This groping method sees the Milky Stork wading slowly through shallow waters with a partially open bill submerged about three quarters in the water.

When the prey touches this bill, the stork rapidly shuts its bill and swallows the item whole. The stork might rest for a minute after swallowing a large fish, before it resumes its hunt.

As with other wading bird species, the Milky Stork is sometimes considered a minor pest within the aquaculture industry, if it feeds on fish and shrimps meant for commercial purposes. 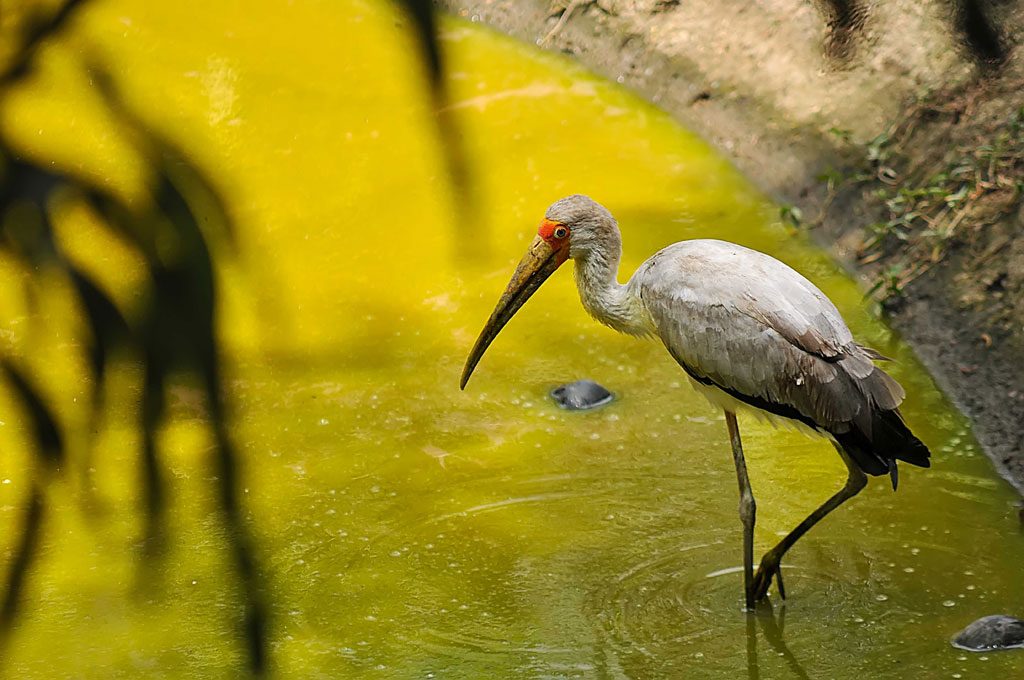 The Milky Stork is a generally silent bird, except in breeding colonies. Breeding tends to occur during the dry season, and usually lasts for three months.

The Milky Stork lays a clutch of 1 to 4 eggs, with the incubation period estimated to be around a month. Both the male and females take turns nesting. 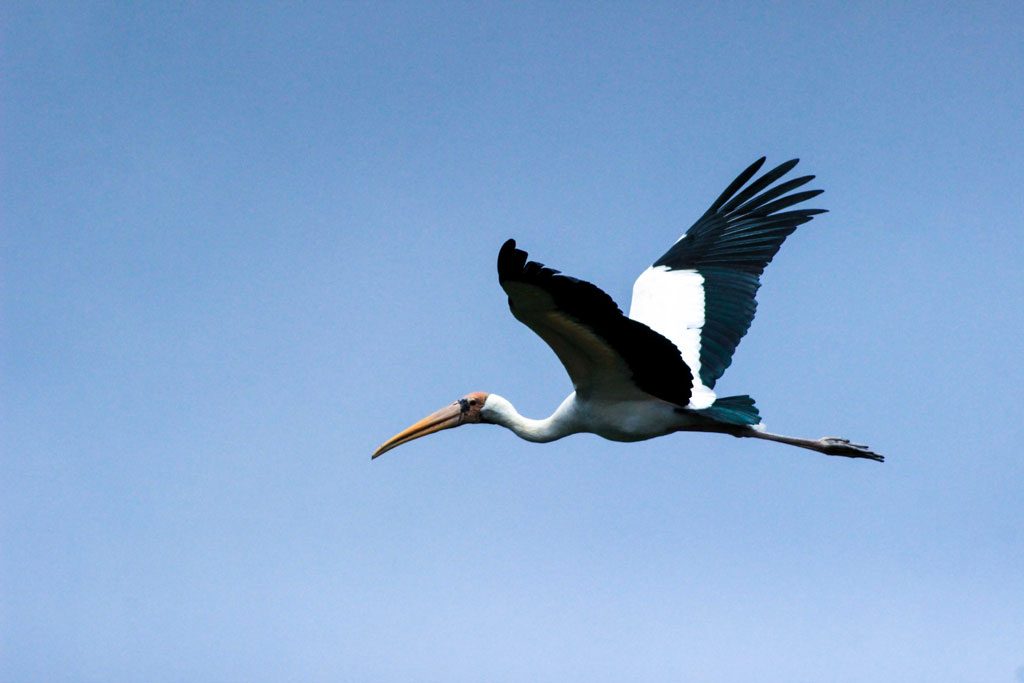 The eggs can hatch at different times, so the oldest and youngest chicks can differ considerably in size. This puts the youngest and smallest chicks at a disadvantage, as feeding of the young begins before all of the eggs have hatched. With an equal distribution of food, it is quite common for the youngest chicks to die of starvation. 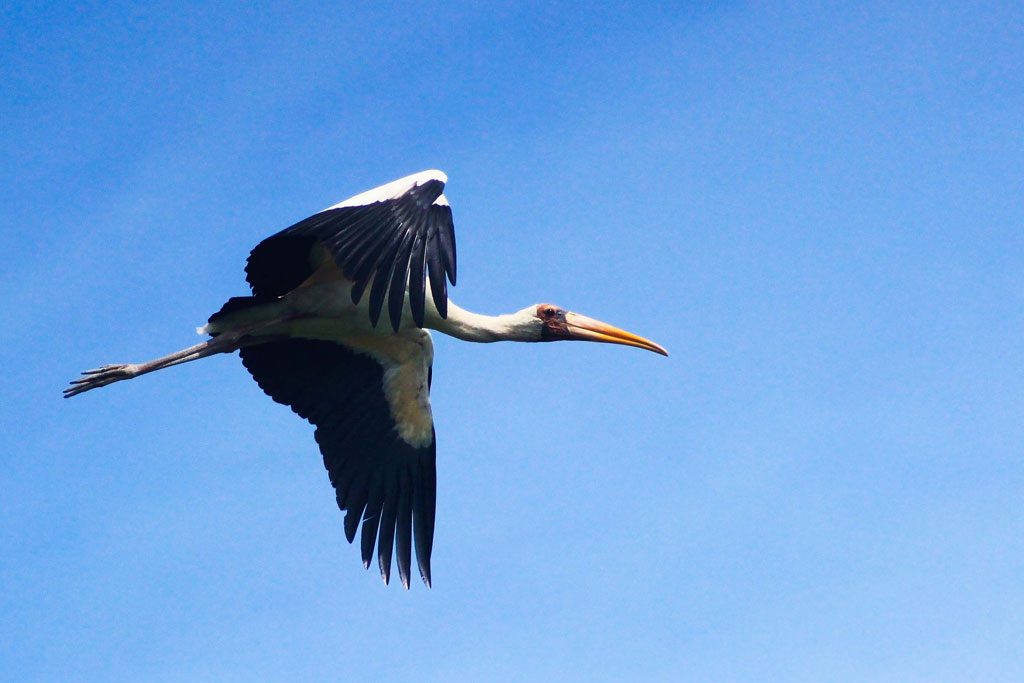 Although the Milky Stork is currently a protected species in Indonesia, the bird continues to face threats of habitat loss, with mangroves being threatened by agricultural conversion and development schemes for fish farms and ponds, and rice cultivation.

Hunting for food and trade is also a threat to the species.

The Milky Stork is one of the 299 species of birds included in a bird checklist which was published by the RER in 2017.