As the sun goes down on the Kampar Peninsula, thousands of huge, dark, winged creatures dominate the sky. This is the right time to spot the Large Flying Fox (Pteropus vampyrus), a species of megabat. If you go to Restorasi Ekosistem Riau (RER) concession areas, especially around Tasik Lakar Lake, you can easily find them roosting in large trees. Despite the size, these Large Flying Foxes are just big, harmless bats. 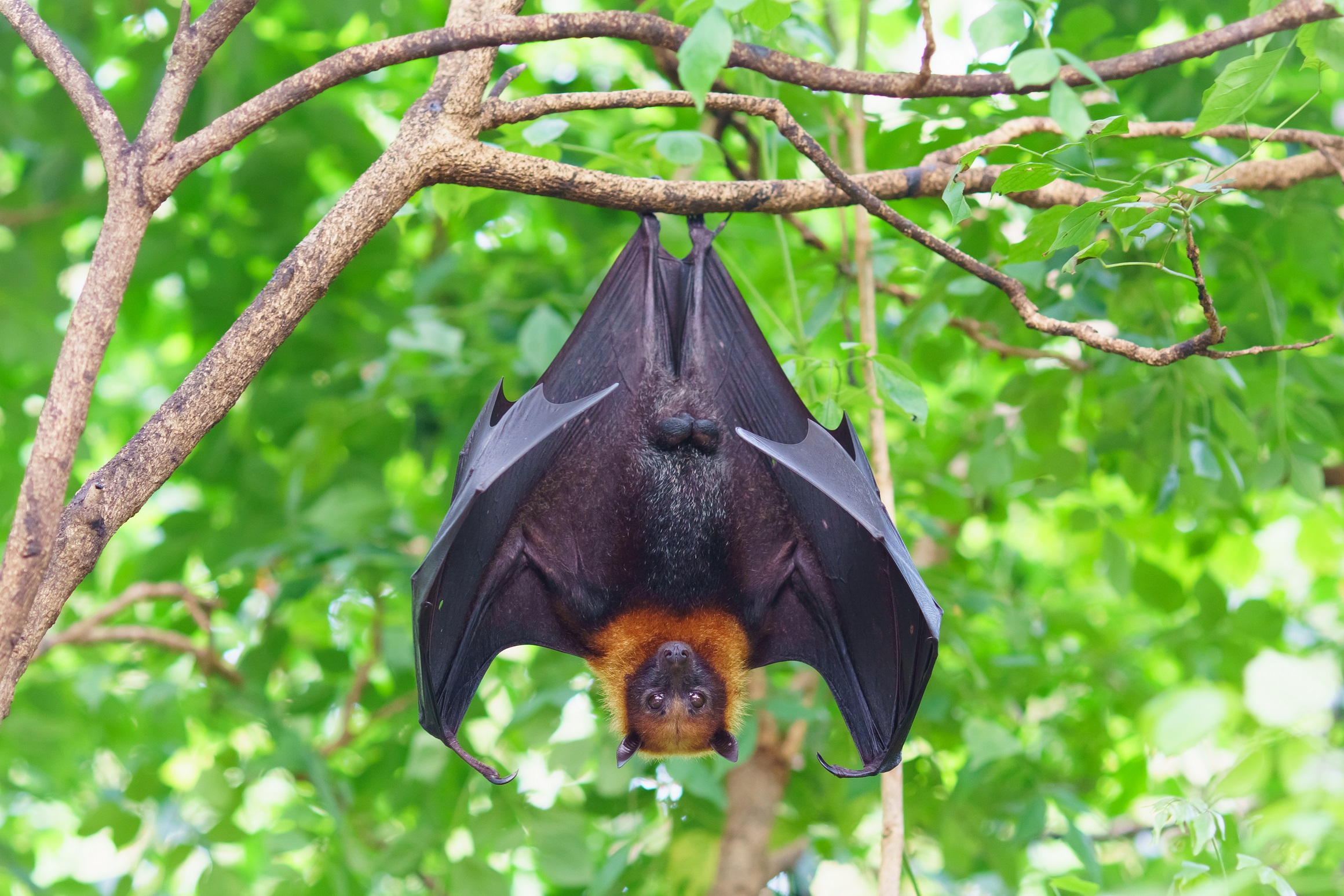 This species of bat is present from Malay Peninsula to Sumatra, Java, Borneo, and southern Timor island, to the Philippines. In certain areas, the bat prefers coastal regions, but can also be found at elevations up to 1,370 m.

Large Flying Foxes inhabit tropical forests and swamps. They prefer undisturbed forests in lowland, mangroves, or beaches, where they will roost in large trees.

Characteristics
As one of the largest bats in the world, their forearm length ranges from 18 to 22 cm which means their wingspan can reach up to 1.5 m, while their body mass ranges from 0.6 to 1.1 kg. Given that the world’s smallest bat species weighs less than a penny, that’s pretty big.

The large bats have long pointed ears and fox-like faces, hence their name. Their fur varies in colour and texture, depending on sex and age. The fur on their upper dorsal is short and stiff, while on the belly is longer and woollier.

Their head and upper body are covered with a dark mantle with colour ranging from mahogany-red to black, while the belly is usually darker than the rest of the body. They have short, rounded tips in the wings, while the wing membranes lack fur.

Young bats are born with dark skin and fur which turns paler as they grow. 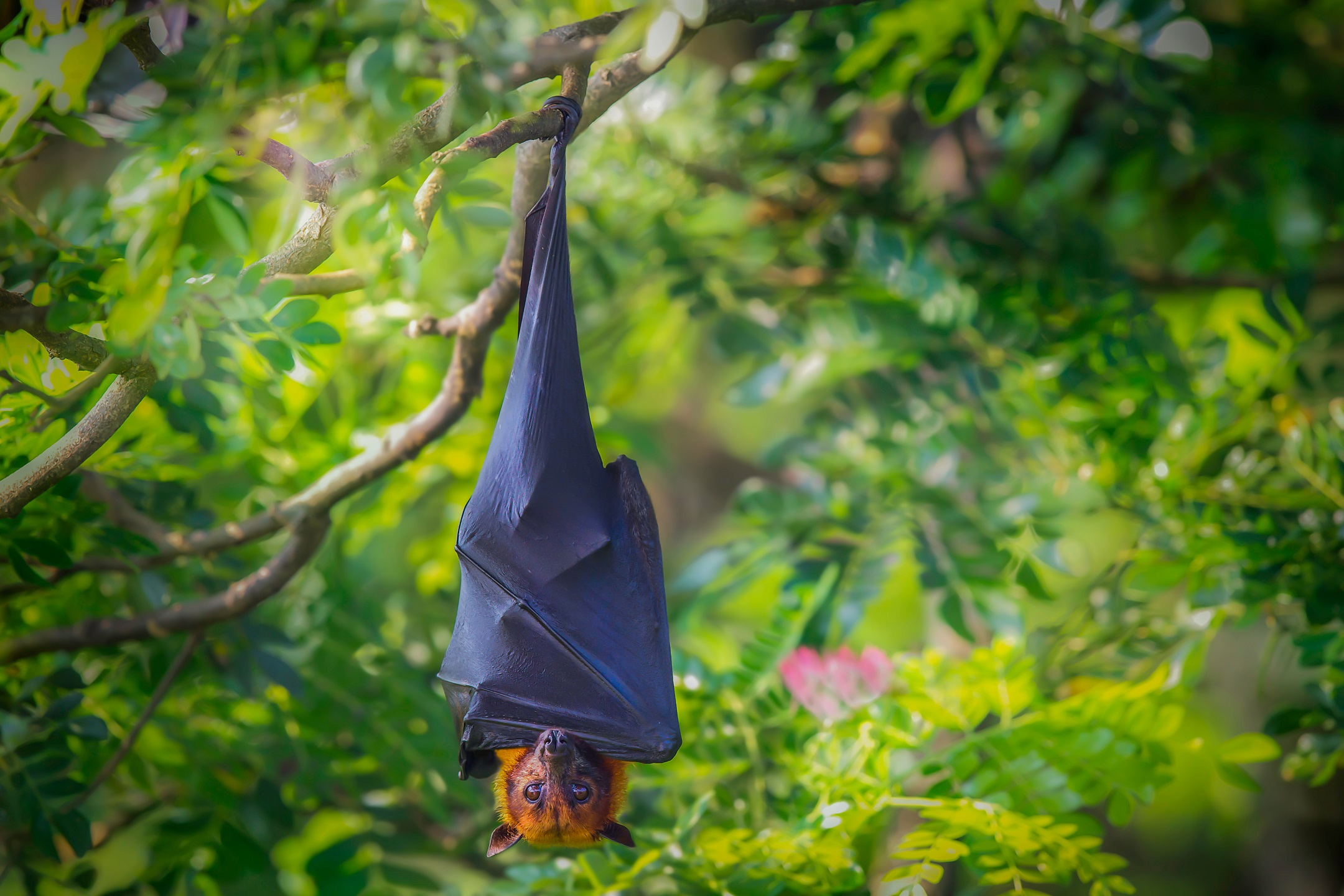 Large Flying Fox, one of the largest bats in the world.

Habit and Diet
Large flying foxes are a highly social and vocal species that live in large colonies. In RER, this species is known to live in groups numbering in the thousands, making their roost sites easy to detect due to the noise.

Pteropus vampyrus) is most often polygynous, with males protecting a small partner and mating with up to 10 females. Dominant males occupy the best roosting sites as there is a social hierarchy among males. Females typically gives birth to only one offspring per year.

The flying fox babies cannot fly for the first months, which means the moms must carry them, even when flying. Female bats are super moms: they are in charge of parental care, though males often help defend their partner.

Just like other bats, large flying foxes are nocturnal, leaving leave their roost at sunset and returning at dawn. Some individuals may fly up to 50 km to reach their feeding grounds each night. Large flying foxes usually have the same route to a feeding ground and only return when all resources are exhausted. 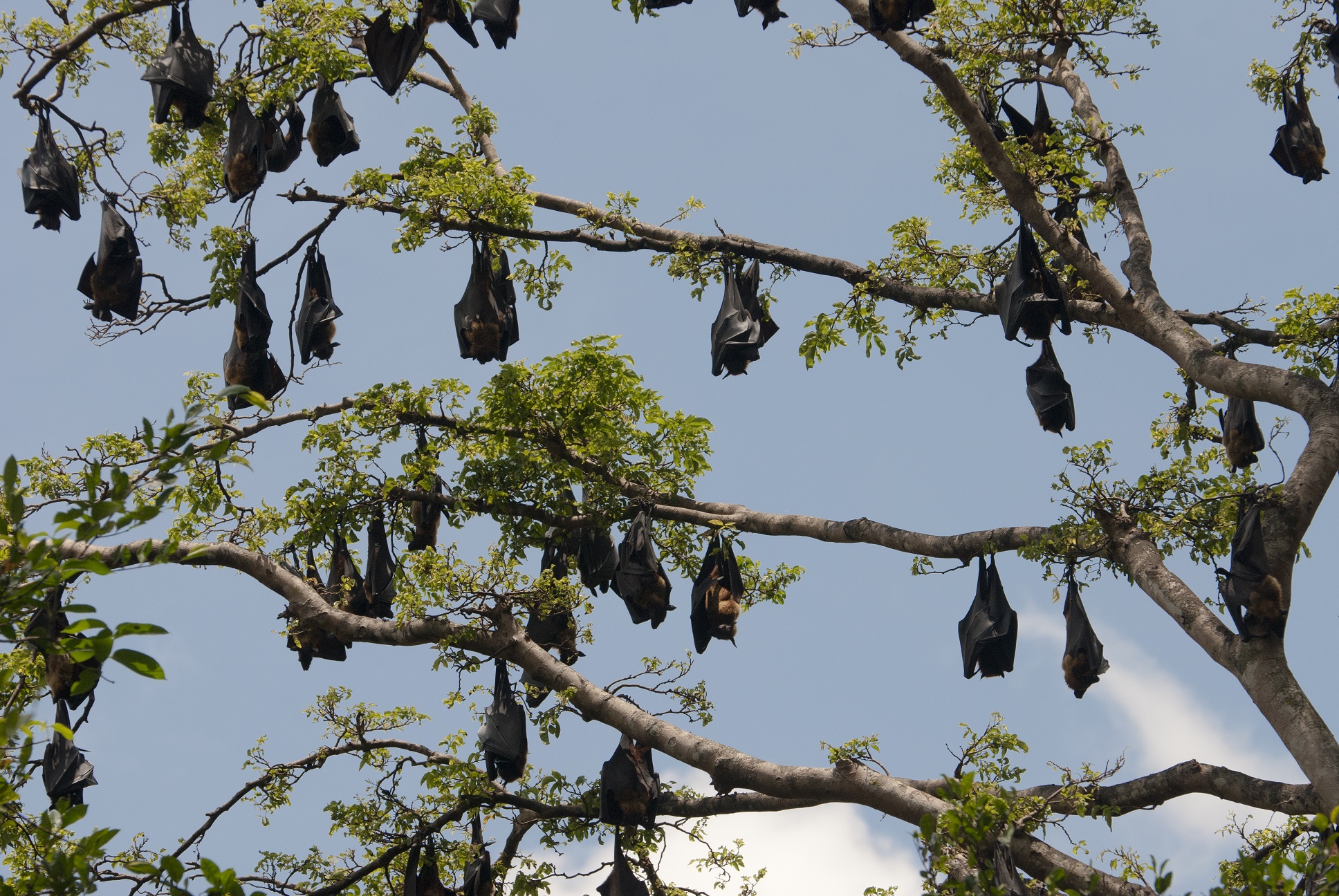 Large flying foxes feed on nectar, flowers, and fruit such as bananas and mangos. Despite their big, black, foxy appearance, this species is a vegetarian. When foraging, they slice tree bark with their teeth and extract the fruit with their long tongue, which is also used for lapping up nectar. Thanks to their giant body, large flying foxes can carry up to 200 grams of food at a time and eat half of their body weight in fruit.

Ecosystem roles
Large flying foxes are important frugivores in tropical forests, including RER. It is obvious that they serve as seed dispersers and pollinators of forest trees, including large canopy trees when searching for nectar. Seed dispersal by this species plays an important role in the regeneration of the forest.