Meet the Asian Small-clawed Otter (Amblonyx cinerea), also known as the Oriental Small-clawed Otter. The mammal, part of the Lutrinae (otter) subfamily and Mustelidae (weasel) family, is the smallest out of all 13 otter species in the world.

The otter is native to countries in South and Southeast Asia – including India, the Philippines and southern China – where it inhabits freshwater swamps, mangrove swamps, meandering rivers and tidal pools. 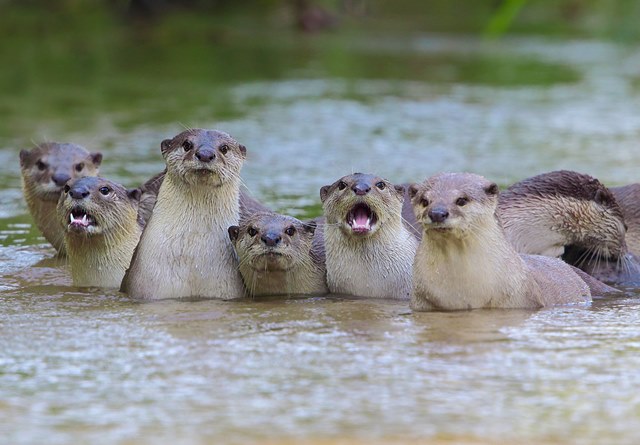 The Asian Small-clawed Otter holds a Vulnerable (VU) conservation status issued by the International Union for Conservation of Nature (IUCN), and is one of the only 12 Vulnerable status mammals which have been identified in RER.

This otter measures about 70 to 100cm in length, of which about 30cm is the tail. Its weight ranges from 1 to 5.4kg. Its body is slender and streamlined, flexible enough to allow grooming of almost its entire body.

It has dark brown fur above and lighter fur below, often with gray, white or cream-coloured markings on the face and throat.

This fur coat is thick, with the outer long hairs coated with oil to repel water. This otter also has air pockets within this coat that keeps its insulated while it swims. To maintain this insulating quality, the otter frequently grooms itself to reintroduce air into its coat. 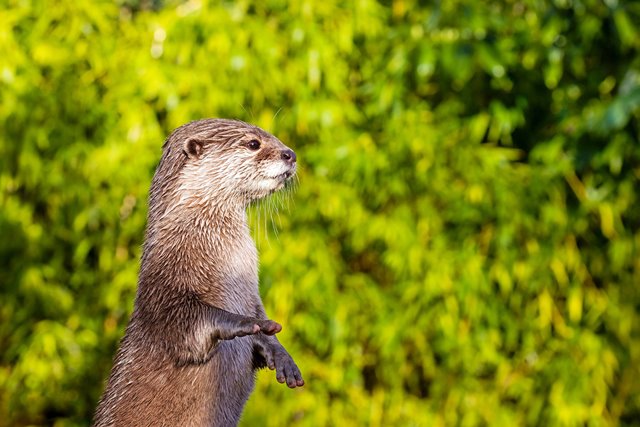 Similar to other otters, Asian Small-clawed Otters have relatively short legs, used to swim, walk and groom. It is an excellent swimmer, moving with its hind legs and tail, and is able to dive under water for six to eight minutes.

However, unlike other otters, the Asian Small-clawed Otter is an extremely dextrous animal with its distinctive paws – claws with diminished webbing between them.

Therefore, while regular otters would reach for a piece of fish with its mouth, the Asian Small-Clawed Otter would grab it with its hands. These paws are also used to feed on crabs – its favourite – molluscs and other small aquatic animals. 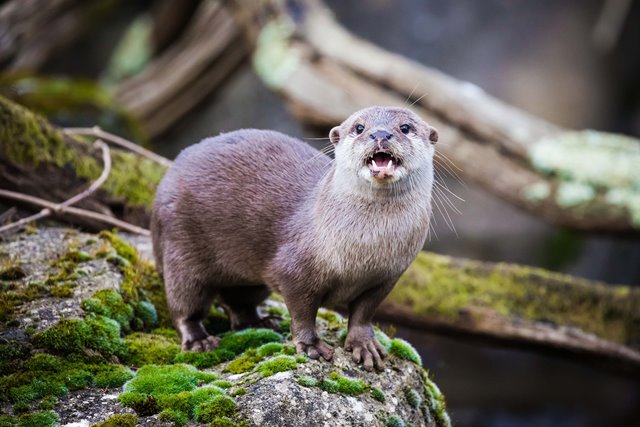 The Asian Small-clawed Otter is very active with an extremely high metabolism, eating one third of its body weight in food each day and spending half the day on just hunting and eating.

This otter emits a musky smell from scent glands at the base of its tail. After swimming or feeding, these otters rub themselves against logs and vegetation so they can leave their scent and mark their territory. These markings are also important for communication between them.

Asian Small-clawed Otters are social animals, living in family groups of up to 20 individuals. However, while they may live in groups, they tend to hunt by themselves.

They are also noisy animals, emitting at least 12 different calls to summon, greet, threaten and alarm. They are also playful, sliding on muddy banks and in the water in places they live or frequently visit. 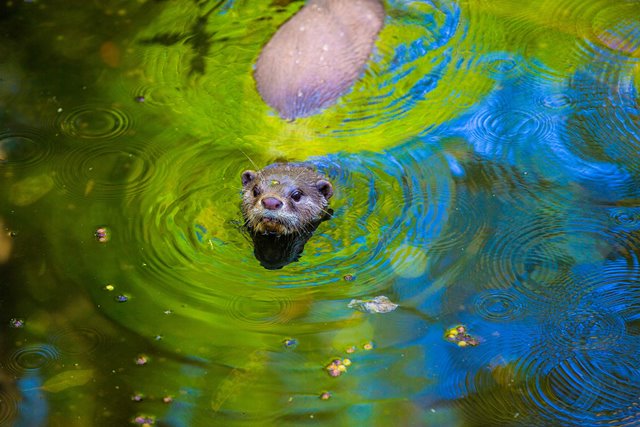 Asian Small-clawed Otters form lifelong monogamous pairs. While they may exhibit breeding behaviour around six months old, they are generally not sexually mature until one and a half years old.

Once mature, they can breed year-round. Females tend to give birth to a litter of one to six pups, after a gestation period of 2.5 months. Typically, two litters of pups are born per year, with all members of the family group helping to feed and care for the young.

The Asian Small-clawed Otter became a Vulnerable species as a result of rapid habitat destruction, hunting and pollution.

It is currently listed on Appendix II in CITES (Convention on the International Trade of Endangered Species), an international agreement between countries which governs the international trade of wild animal and plant species.

CITES II species are those which are not necessarily threatened with extinction, but may become so unless trade of the species is subject to strict regulation.