Sloths vs Slow Lorises, Are They Related?

You’ve probably seen viral videos or social media memes featuring sloths and slow lorises. With their slow movements and big eyes they’re certainly cute, which unfortunately has made them popular (and illegal) pets, placing them under threat.

But how much do you know about these animals? How can you tell them apart? And why should you not engage with those cute videos? Read on to find out.

Both are tree-hugging mammals
Both sloths and slow lorises are arboreal mammals, spending most of their time in the canopy of tropical rainforests, where they move slowly. However, the fact is that they are not very closely related. Slow lorises are primates, while sloths belong to Xenarthra, meaning they are actually closer to armadillos and anteaters. 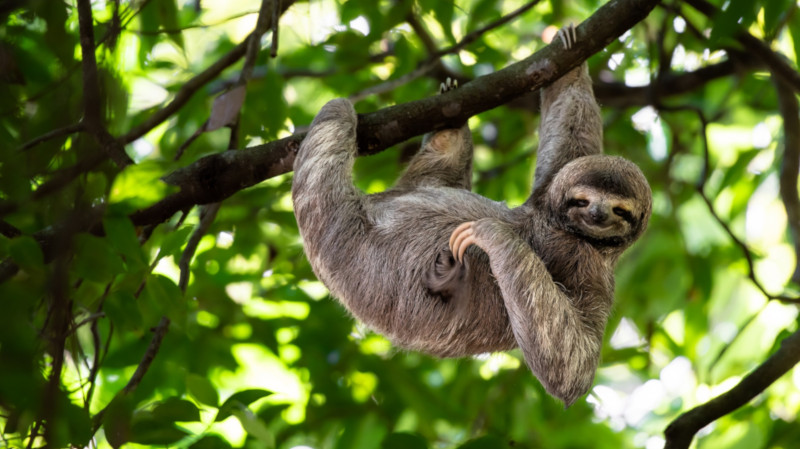 Both sloths and slow lorises are arboreal mammals, spending most of their time in the canopy of tropical rainforests

Meanwhile, slow lorises are nocturnal strepsirrhine primates which consist of the lemurs of Madagascar, galagos and pottos from Africa, and the lorises from India and Southeast Asia.

While sloths are found in Central and South America, slow lorises are found in Southeast Asia and bordering areas, ranging from Bangladesh and Northeast India in the west to the Sulu Archipelago in the Philippines in the east, and from Yunnan province in China in the north to the island of Java in the south.

Who’s faster (or slower)?
In a race between a sloth and a slow loris, the winner will be the slow loris. Three-toed sloths will move at a speed of just 1 foot each minute or about 0.011 miles per hour, and they always move at the same—almost measured—pace. They are so slow that algae even grows on their fur. 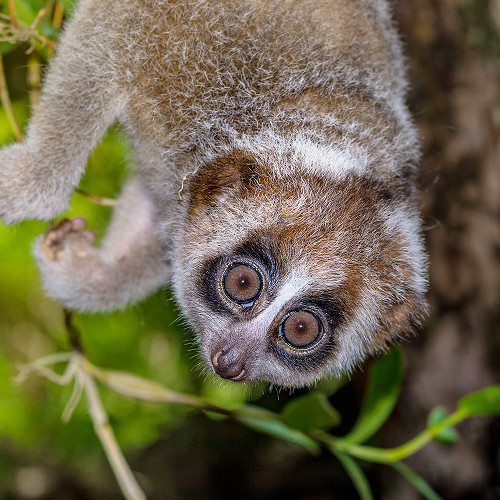 In a race between a sloth and a slow loris, the winner will be the slow loris

The slow loris is still slow, but moves at 1.18 miles per hour and may move a bit quicker to strike their prey at night. Slow lorises have a slow metabolism as a result, but not as slow as a sloth’s. While sloths rely on leaves and twigs almost exclusively, slow lorises are omnivores, eating not only fruits, leaves, and tree gum, but also small animals. 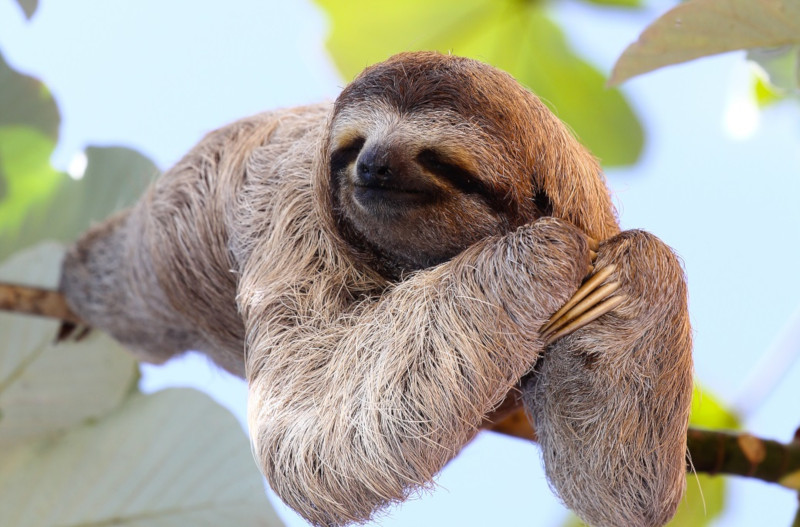 Sloths are too slow to run away, so their survival is entirely dependent upon camouflage, thanks to the algae occupying their fur.

Cuteness aside, both of them are equipped with unique defence mechanisms. Sloths are too slow to run away, so their survival is entirely dependent upon camouflage, thanks to the algae occupying their fur. This defence mechanism is effective because the sloth’s main predators are big cats and birds such as harpy eagles, which rely on their eyes to spot prey.

As for slow lorises, their defense mechanism is more sophisticated: it’s the only venomous primate in the world. Their mouth and elbows contain toxins that are powerful enough to drive predators away, and they also have a toxic bite – the toxin is obtained by licking a sweat gland on their arm, and is activated by mixing with saliva.

They are not pets
Several years ago, the slow loris became a popular subject in social media videos, where they were filmed being tickled or handled as pets. While the videos are cute, handling the slow loris can be extremely distressing for the animal, and content likes this encourages wildlife trafficking. 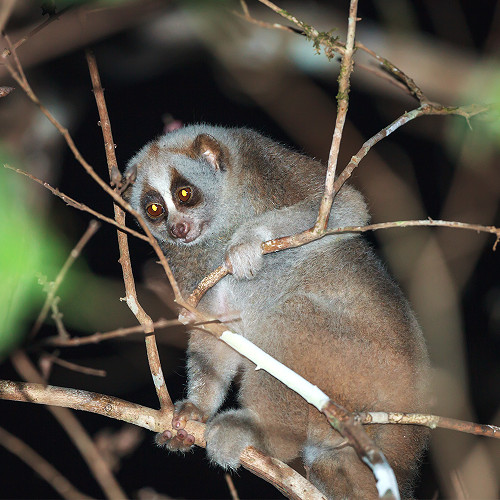 In fact, all eight species of slow lorises are protected by local laws in southern Asia, including Indonesia, and by the Convention on International Trade in Endangered Species (CITES). It remains uncertain how many slow lorises are in the wild, but conservationists say populations have declined because of the pet trade and unfounded beliefs that consuming the primate may cure disease.

One of the slow loris species, the Sunda slow loris (Nycticebus coucang) has been identified in the Restorasi Ekosistem Riau (RER) area in the Kampar Peninsula. According to the International Union for Conservation of Nature (IUCN), the species is categorized as Vulnerable (VU). It is also listed on Appendix I in CITES (Convention on International Trade in Endangered Species of Wild Fauna and Flora), meaning that they are threatened with extinction due to habitat loss and demand in the exotic pet trade.

Sloths too are not pets. They are hard to care for and their numbers are dwindling. Out of six sloth species, the Pygmy threed-toed sloth (Bradypus pygmaeus) is considered Critically Endangered, Maned three-toed sloth (Bradypus torquatus) is considered Vulnerable, and the others are categorized with Least Concern conservation status. Due to habitat destruction and poaching, sloths are highly vulnerable to what goes in their environments.

So admire these beautiful creatures in their natural habitat, but think twice before hitting like on that cute pet video, because you may unwittingly be supporting the illegal wildlife trade.

Crocodile vs. Alligator: What’s the Difference? January 17, 2023 Have you ever wondered: are crocodiles and alligators related? which is more dangerous? Find out more on this article!
Peat Forests: All You Need to Know Before You Go December 29, 2022 Peat Swamp Forest provide essential habitats for a variety of wildlife. What to prepare before you visit a peat forest?
(Bahasa Indonesia) Perbedaan Burung Kakaktua dan Beo October 14, 2022
Back to Media Centre