Komodo Dragons vs. Monitor Lizards: Can You Spot the Differences?

However, can you spot which is which, should you have a sudden encounter with one of those two? 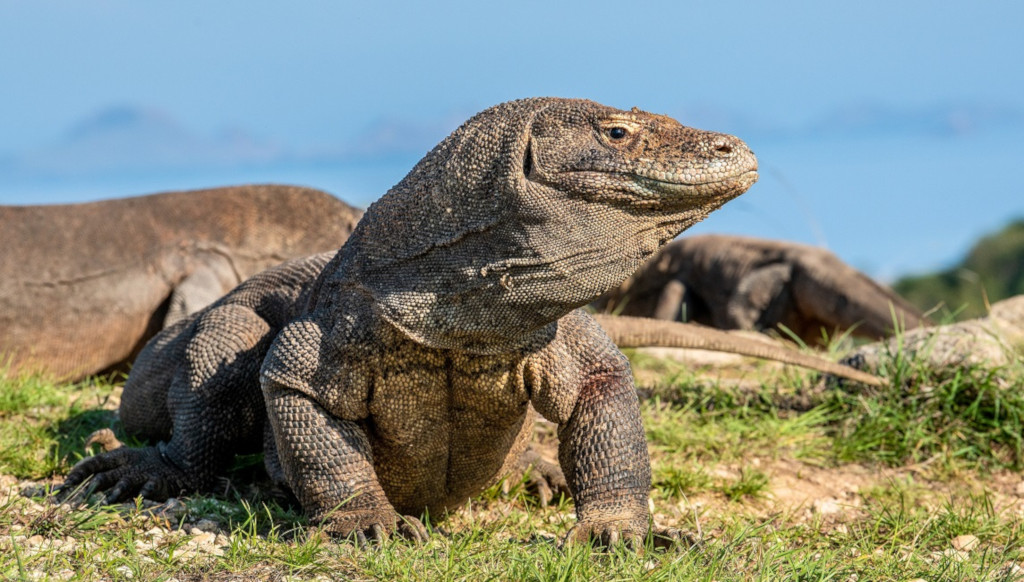 Given their large size, Komodo dragons also have a more fearsome appearance than the average monitor lizard. The Komodo dragon’s neck and tail are extremely powerful and thick, while some species of monitor lizard have an average-size tail and neck.

Komodo dragons have an exclusive habitat
Komodo dragons live exclusively in Indonesia, precisely on Komodo Island and four smaller islands: Rinca, Flores, Gili Dasami, and Gili Montana. On the other hand, other species of monitor lizards can be found scattered across Asia, Africa, and Australia.

In those islands, where Komodo dragons have become a tourist attraction in Indonesia, they dominate the ecosystem. They feed on any prey, from invertebrates to mammals. Komodo dragons are well camouflaged and rely on patience when hunting, lying in wait for passing prey. The dragons spring when a victim ambles by and eviscerate its prey using its sharp claws and serrated teeth.

However, Komodo dragons can also chase you down at speeds of up to 20 km/h and are excellent swimmers and divers too. A Komodo dragon can eat 80 percent of its body weight in a single feeding. There have been reports where a Komodo dragon attacked humans it comes across. They have also been known to eat one another, a diet that other species of monitor lizards will never consider. 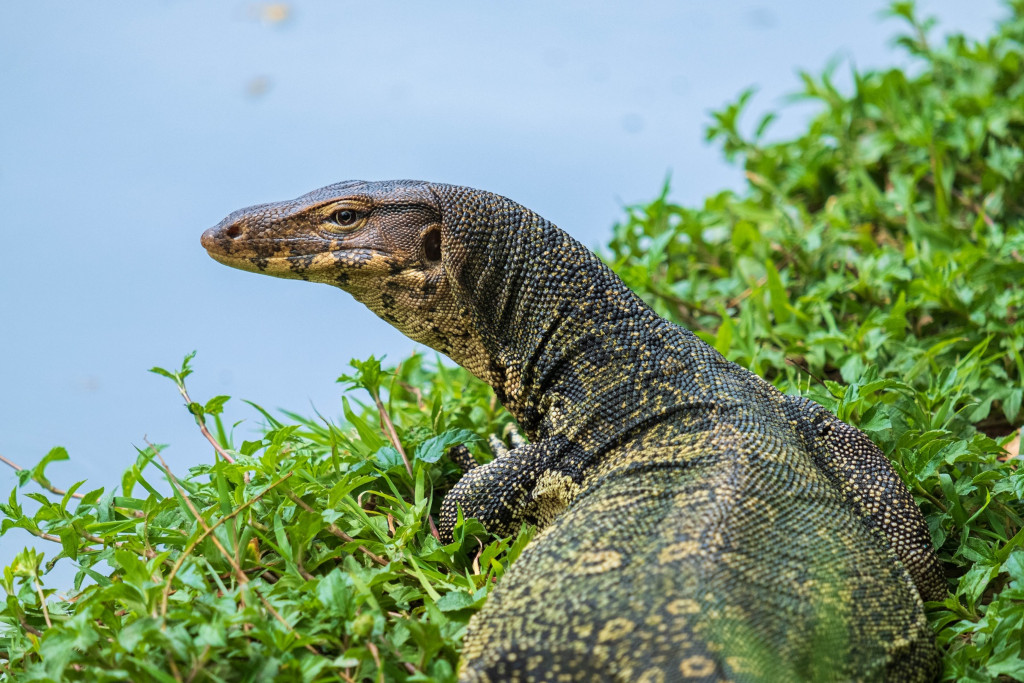 Within the Restorasi Ekosistem Riau (RER) area, one of the most common species of monitor lizards is the Asian Water Monitor (Varanus Salvator), one among the 107 reptile and amphibian species which have been identified within the RER area.

Although monitor lizards are not known to have the deadliest attack, they are also aggressive animals and extreme carnivores, feeding on fish, frogs, rodents, birds, crabs, snakes, turtles, and young crocodiles.

One of the most dangerous reptiles on the planet
It is pretty standard for reptile lovers to keep some species of monitor lizards as pets, but this is not the case with Komodo dragons. Komodo dragons are wild lizards that are meant to stay in the wild.

The Komodo dragon has venom glands loaded with toxins that can lower blood pressure, cause massive bleeding, prevent clotting, and induce shock. Komodo dragons will bite down with their serrated teeth and pull back with powerful neck to make massive gaping wounds that can send the prey into shock.

If the prey escapes the jaws of a Komodo, the luck won’t last for long. A Komodo dragon can use their sense of smell to calmly follow an escapee for miles while the venom takes effect.

Conservation status
The conservation status of Komodo in IUCN is Endangered (EN). Since the 1990s, Indonesian authorities have established a protection status for the dragon, while it is listed in Appendix I CITES in the international wildlife trade.

Priority and threats of the Komodo population differ based on each island’s condition. However, 85 percent of their habitats are located in unprotected areas, making these Komodo dragons vulnerable to threats from human activities.

The overhunting of deer as their primary prey, risky agricultural methods, and high competition with feral dogs introduced by humans whose settlements are side by side with Komodo’s habitat all impact their population.

However, monitor lizards are also hunted for their skins, primarily used to make shoes, handbags, or belts. Humans also eat their meat and use their fat in traditional medicine. Despite their Least Concern (LC) Conservation Status, some species of monitor lizards are listed in Appendix II of CITES.

Sloths vs Slow Lorises, Are They Related? February 11, 2022 You’ve probably seen viral videos or social media memes featuring sloths and slow lorises. But how much do you know about these animals? How can you tell them apart? Read…
5 Main Differences Between Apes vs Monkeys November 19, 2021 Many people use the terms “apes” and “monkeys” interchangeably, even though they are significantly different. Find out the difference between apes and monkeys.
Preventing Fire in RER Forests, What's the Difference? May 28, 2021
Back to Field Stories