Have you ever heard of the term ornithology? Ornithology is a branch of biology dedicated to the study of birds. Specialists in this scientific field are called ornithologists. They also sometimes called birdwatchers because they often observe birds in their natural habitat.

Bird monitoring is an important aspect of RER efforts in protecting and restoring 150,693 ha of peat swamp forests and its biodiversity on the Kampar Peninsula and Padang Island. It enables RER team to understand better the biodiversity condition in its area.

RER has been doing various field surveys on the wildlife living inside its managed forest and how it interacts with other members of the ecosystem, including birds, since 2015.

To date, RER has recorded 307 bird species and scores of mammal, primate, reptile and amphibian species in RER Progress Report 2019.

The Role of Ornithology to Protect Important Bird Area

The decision to designate this area as an Important Bird Area (IBA) was based on surveys conducted in 1991-1993 that recorded 128 species of birds in the Kampar Peninsula.

Since then, 307 species have been recorded, including eight of the nine species of hornbills found in Sumatra. One of them is Helmeted Hornbill (Rhinoplax vigil), which is listed as critically endangered (CR). Besides hornbills, there are also Storm’s Stork (Ciconia stormi), White-winged duck (Asarcornis scutulata), and Malay Crestless Fireback (Lophura erythrophthalma).

The number of species recorded accounts for 40% of the 758 bird species detected on Sumatra. From 307 species recorded, 241 species (79%) are resident of Kampar Peninsula, 57 species (18%) are migrant and nine species (3%) are both resident and migrant.

The number of migrant birds recorded suggest the peat swamp forest of central and eastern Sumatra are important staging and wintering habitat for migratory species.

This where ornithology plays an important role. It can serve as an indicator for the restoration progress conducted by RER and how it affects the biodiversity.

One of global annual activities in which RER has been actively involved in is the Asian Waterbird Census/AWC which aims to conserve water birds and wetlands.
RER has been participating in AWC since 2017. Each year, RER ecology team will spend two days in the field to observe and record waterbird presence in the nearby Kampar River.

This year, interestingly our team recorded the presence of Common Greenshank. The last confirmed sighting of this species was in 2004.

RER bird inventory on the Kampar Peninsula would not be possible without ornithology, a science the RER’s ecology team should master.

How Does the RER Team Identify Birds?

And, how does ornithology applied in bird identifcation?

Prayitno Goenarto, a member of the RER’s ecology team, explained that bird identification in the Kampar Peninsula requires the right tools.

“Everyone interested in birds can do ‘bird watching’ or ‘bird monitoring’. However, it requires certain equipment that will prove handy in the field,” he said. Below is the tools Prayitno said birdwatchers need:

• Binoculars
A basic piece of equipment for birdwatching. Binoculars are relatively light, easy to carry, and do not need batteries, making them the right tool for field observation. 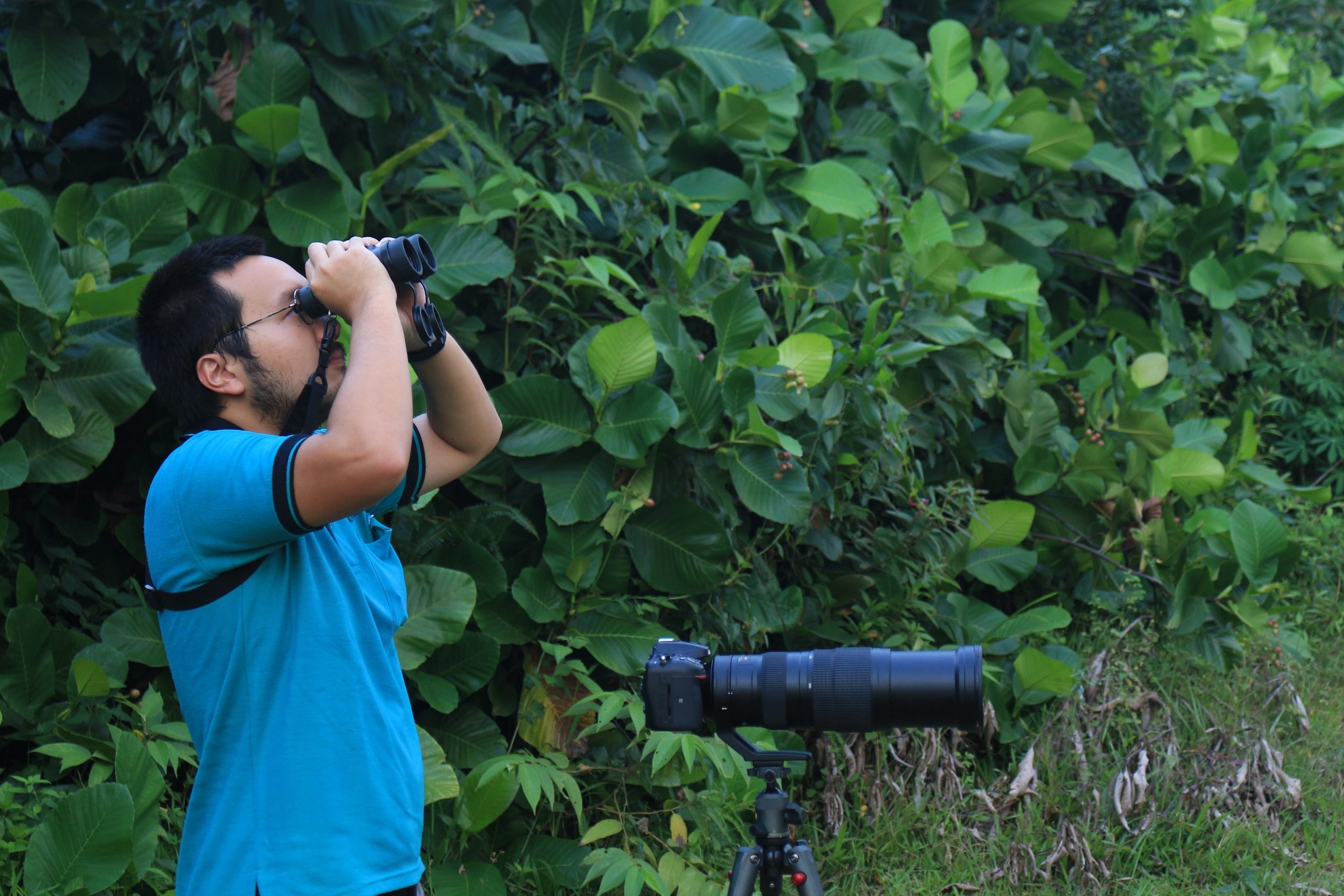 Another useful tool to help identify different birds as most birds can only be seen in seconds before vanishing from sight.
On that account, photography and birdwathcing are closely related. Or on that account, mastering photography is very useful for field studies of birds. 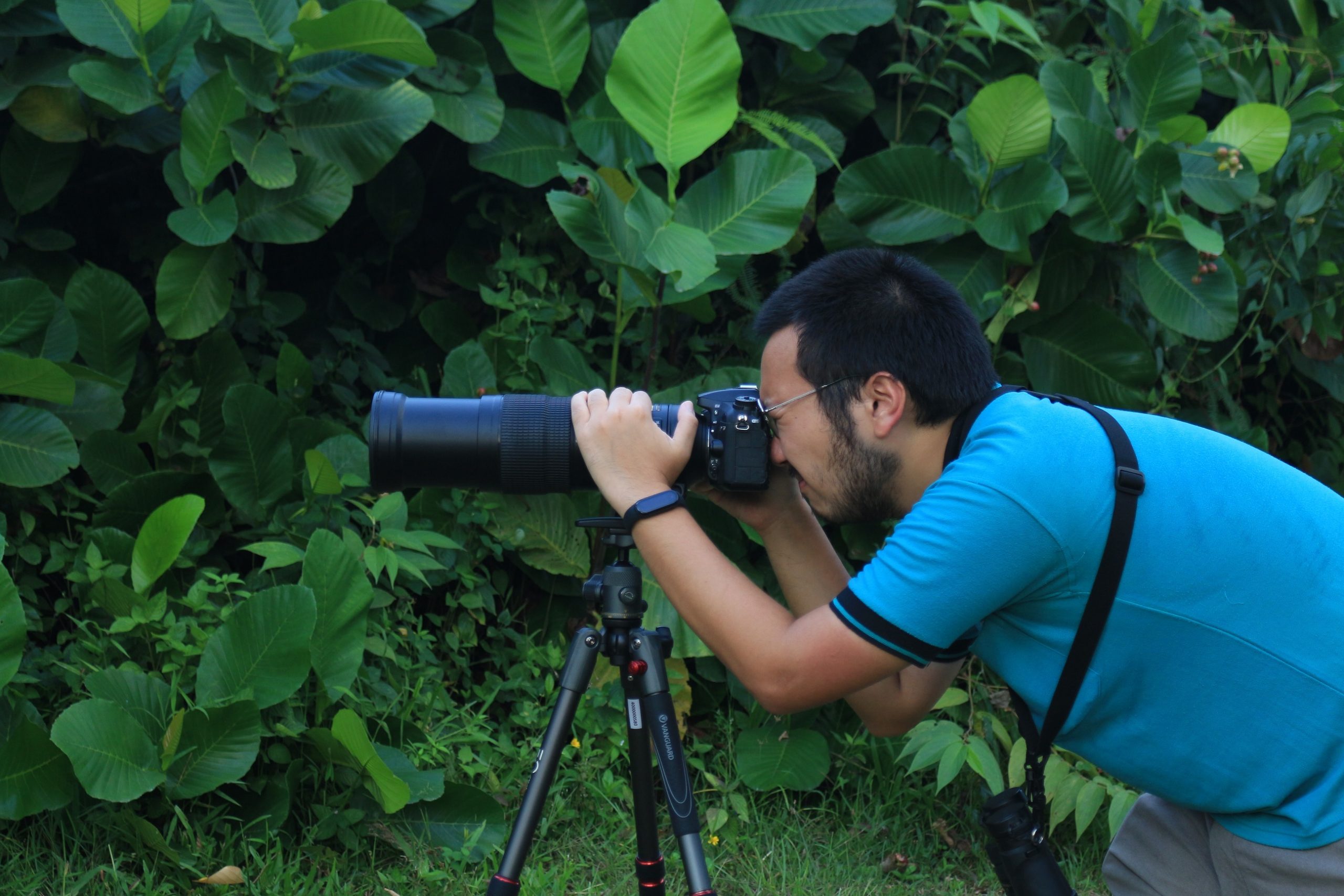 PHOTOGRAPHY AND BIRDWATCHING ARE CLOSELY RELATED

Besides photography, the RER also uses camera traps. The team will install hundreds of cameras around the concession area to capture photos of different species living inside the RER area. The method proves to be useful as it helps the RER team identify new species as well as to confirm that the recorded species are living in a healthy condition. Camera traps are very useful as there are ground-feeding species such as the Malay Crestless Fireback.

A good birdwatcher always take notes. The notes may consist of feather colours, behaviours, size, sound, and other things. Drawing skills can be an advantage in bird watching as we won’t have to rely on electronic devices to record the birds we have found.

The RER team also monitors birds in groups to increase the probability of identification. Different levels of knowledge of various birds will enrich discovery.

In addition, it is important to understand field guides and the track record of bird sightings in the Kampar Peninsula and Padang Island area to help identify species that were previously undetected, or the possibility of detection during observation such as the identification of the Common Greenshank that was last seen in 2004.

Bird watching can become a new hobby that also makes us appreciate our nature while contributing conserving Indonesia’s biodiversity.