Why We Love and Appreciate Squirrels in RER

Have you ever seen a squirrel before? Well, if you have, you may found it’s easy to adore this little creature. Not only are they fun to watch as they run and leap from tree to tree, but these squirrels also have important ecological roles, especially in forest ecosystems.

Restorasi Ekosistem Riau (RER) is home to not only one, but 13 species of squirrels, which belong to the family Sciuridae. It’s hard not to love squirrels when you can meet so many of them in one location. 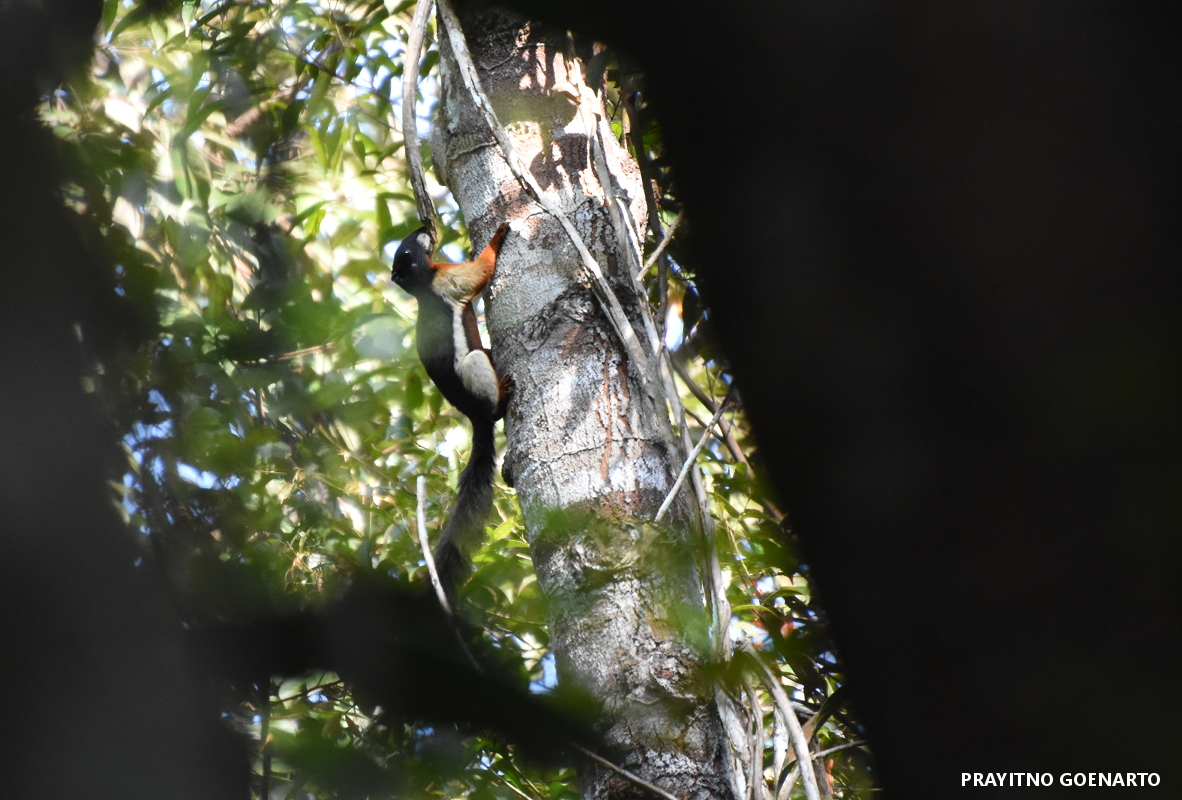 Prevost's Squirrel - One of 13 species of squirrels in Kampar Peninsula

Pale Giant Squirrel
(Ratufa affinis)
Also known as Cream-colored Giant squirrel, a large tree squirrel which is a native to Thai-Malay Peninsula, Kalimantan, Sumatra and nearby small islands. According to IUCN conservation status, this species is categorized as Near Threatened (NT) with a decreasing trend in the global population due to habitat loss. Their weight ranges from 929 g to 1.5 kg and their body length is about 32 cm to 35 cm, excluding their tail. Their tails, which hang vertically when they are seated and extend horizontally while they are running, are longer than their bodies, ranging from 37 cm to 43 cm

Black Giant Squirrel
(Ratufa bicolor)
Also known as Malayan Giant Squirrel, this is one of the largest species of squirrels in the world. On average, an adult black giant squirrel weighs around 1 to 1.25 kg, has a head and body length from 34 to 37 cm with tail around 41 to 42 cm. R. bicolor is diurnal and arboreal, but sometimes climbs down from the forest canopy to feed on the ground. The Black Giant Squirrel rarely enters plantations or settlements since it prefers wild forests. Currently, this species is classified as Near Threatened (NT) by the IUCN. 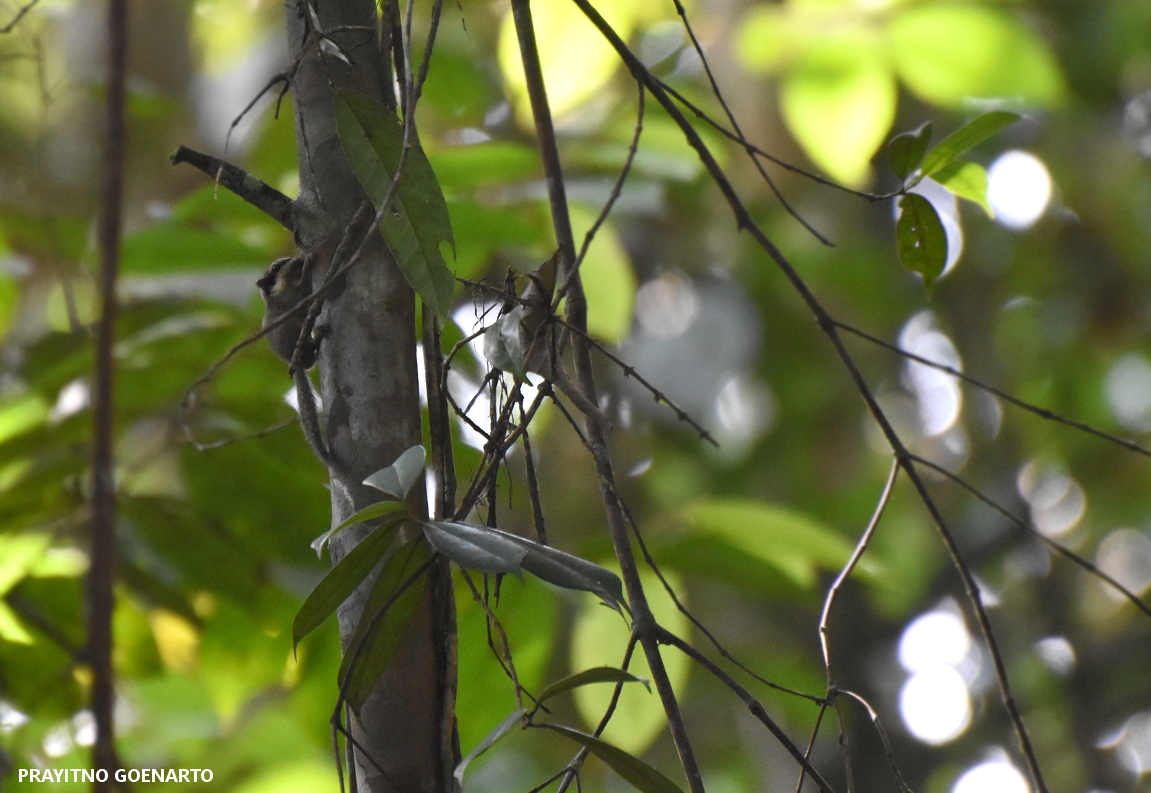 Black-Eared Squirrel
(Nannosciurus melanotis)
This tiny squirrel is found in forests in Sumatra, Java, and Kalimantan. Except for its striking whitish and black facial markings, the black-eared squirrel resembles the Least Pygmy Squirrel.

Horse-Tailed Squirrel
(Sundasciurus hippurus)
It is found throughout the islands of Sumatra and Kalimantan, as well as the half of the Malayan Peninsula. Horse-Tailed Squirrel is the most colorful and largest of the Sundasciurus tree squirrels with its medium-sized body of around 21.5 to 25 cm and a tail length of 24 to 29 cm. This squirrel has a grizzled grey head, shoulders, forefeet and body with a whitish, dull, orange, or red-brown underbelly. The tail of this squirrel is commonly a glossy black or grey banded with black. The IUCN also classifies this species as Near Threatened (NT).

Low’s Squirrel
(Sundasciurus lowii)
It inhabits lowland and forest. It usually roams the forest floor, low shrubs, and branches. However, at times, it is also arboreal. Its features include a short, thick tail, and very pale white underparts. There are seven subspecies of Sundasciurus, each with subtle external differences. This species is found in Sumatra, Kalimantan, Thailand and Malayan Peninsula. 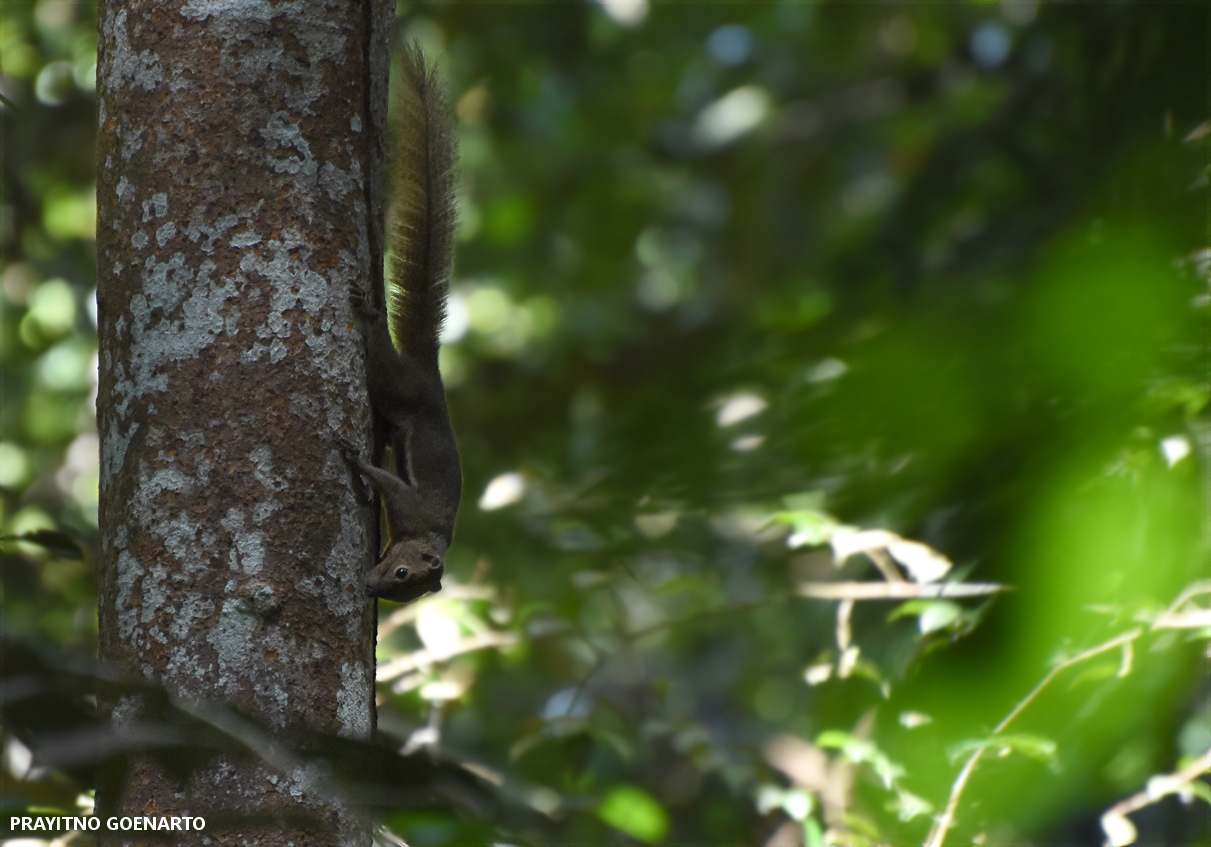 plantain squirrel - the most common squirrel. recorded in rer

The reason why it is important is because these squirrel experience a lot of potential threats that reduce their presence in the wild. The majority of squirrel species in Indonesia are classified as Near Threatened (NT) by the IUCN and protected under Indonesian law.

Some of the potential threats are poaching and pet trade. The large-scale decline in the squirrels’ number could disrupt ecosystems, so more attention is needed to maintain the squirrel population in Indonesia.