Meet the yellow-throated marten (Martes flavigula), also known as the Kharza, a native to Southern and Eastern Asia. It’s a member of Mustelidae, a family of carnivorous mammals, and we’re pleased to say we have a healthy population in Restorasi Ekosistem Riau on the Kampar Peninsula. 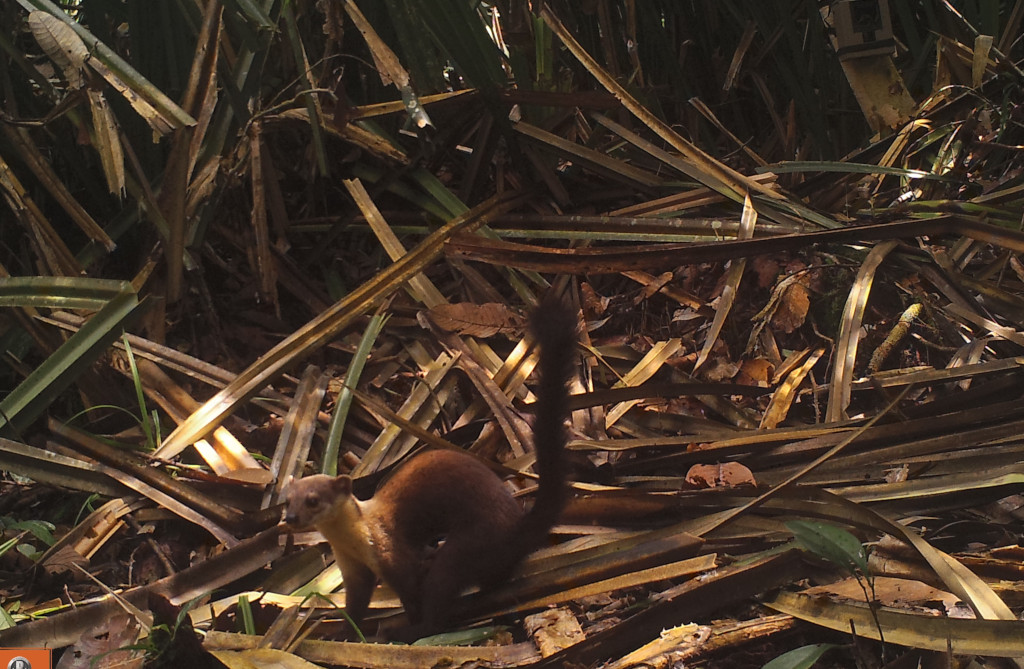 Yellow-throated martens are quite common in forests. They generally prefer mixed forests composed of broad-leaved trees and spruce, but they also inhabit lowland swamps and marshes.

Characteristics
Yellow-throated martens are arboreal mammals, meaning they live in trees, and are notable for their muscular appearance and flexible bodies. Their powerful build makes them a fearless animal with few natural predators, and they show little fear of humans or dogs.

Their bright is a blend of white, black, brown, and golden-yellow. They get their name from the golden or bright yellow chest and throat, while the tail is mostly dark in either black or brown.

They have a small pointed head, a long neck and a very long tail, which is about two-thirds of their body length. Adult males range from 50 to 71.9 cm in length and from 2.5 to 5.7 kg in weight, while females are slightly smaller at 50 to 62 cm in length and around 1.2 to 3.8 kg in weight.

Behaviour and Diet
Yellow-throated martens usually have vast but temporary home-ranges. The species will patrol within its territory, covering as much as 10-20 km in a single day. 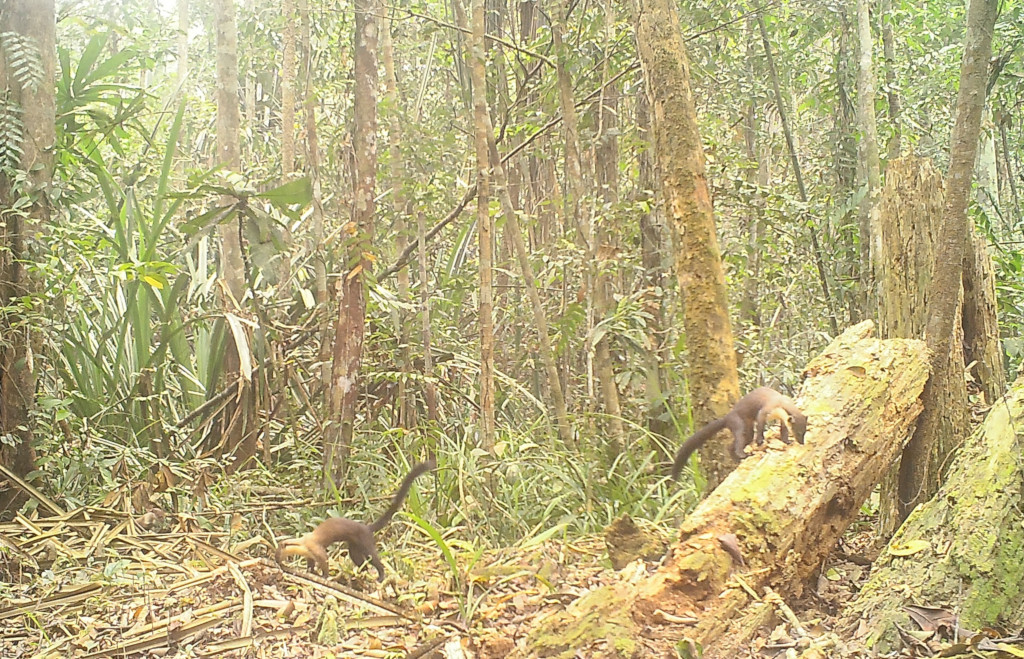 Yellow-throated marten, the largest marten in the Old World, with the tail making up more than half its length.

Although it primarily hunts on the ground, it’s also an excellent climber, and yellow-throated martens are able to make jumps of up to nine metres between tree branches.

They mate twice a year, from late June to early August, with the males fighting each other to get the attention of females. Litters typically consist of two or three babies, known as kits.

Yellow-throated martens are diurnal hunters, which means they primarily hunt during the day, but they are also known to be active at night. While hunting in groups, they will chase their prey into rivers and, in colder climates, frozen lakes, where they are easier to kill. They prey on mice, rats, snakes, hares, eggs, lizards and ground nesting birds such as pheasants, but may also kill cats and poultry.

This species is an omnivore, supplementing its diet with seeds, nuts, nectar and fruit, and acting as an important seed disperser for the ecosystem. In fact, they prefer fruit over live prey when both are available.

The yellow-throated marten is listed as Least Concern (LC) in the IUCN Red List as they have wide distribution throughout Asia, with stable population numbers.

It’s also one of the 76 species of mammals recorded as inhabiting the RER area.

Popular in East Kalimantan, Intermediate Egret Appears in RER’s AWC 2022 March 31, 2022 Ardea intermedia was the second most sighted bird species by the Restorasi Ekosistem Riau (RER) team during the Asian Waterbird Census (AWC) 2022.
Get to Know More About Keystone Species in RER March 7, 2022 All species are important, but some are even more important than others. We refer to these as keystone species, and they are crucial to the wellbeing of the ecosystems they…
Insect Identification in RER November 10, 2021 RER held insect identification training for its field team from September 8 to 12, 2021, in collaboration with the Department of Biology at the University of Riau to properly identify…
Back to Field Stories